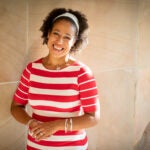 But murder hornets are nothing compared with pesticides, climate change, Harvard experts say

They’re here. Native to East Asia, the so-called murder hornets were spotted in North America for the first time late last year and just again in May. The presence of the predators, which can grow as much as 2 inches in length, drew media attention because their frightening prowess at killing honeybees means they could adversely affect the supply of foods we consume that require pollination. Known officially as the Asian giant hornet, the species is capable of wiping out an entire hive in a matter of hours, decapitating bees with powerful mandibles and hauling away the thoraxes to feed their young. The hornets are less of a direct threat to humans, although they do kill about 50 people a year in Japan, where they are most prevalent. The Gazette spoke with Benjamin de Bivort, the Thomas D. Cabot Associate Professor of Organismic and Evolutionary Biology at the Faculty of Arts and Sciences, and James Crall, a postdoctoral fellow working in de Bivort’s lab. Both researchers study pollinators, like bees, and they shared their views on how much we should worry about the sightings in Washington state and British Columbia.

GAZETTE: Remind us, why should we care about what happens to honeybees?

CRALL: Bees are incredibly important for human well-being, including both managed honeybees and wild bees. Put simply: About one in three bites of food comes from crops that depend on animals for pollination, and bees are the most important group of pollinators. The parts of our diet that depend on pollinators — including many fruits, nuts, and vegetables — are really nutritious. Losing pollinators means less healthy food and worse health outcomes for humans. Of course, beyond their role in food production, bees are incredibly important for preserving biodiversity, more generally.

DE BIVORT: From a basic science perspective, honeybees are particularly interesting because they live in societies of tens of thousands of individuals. This high level of sociality offers advantages and challenges for them as a species. For example, they have evolved an extreme form of division of labor and behave in ways that are highly altruistic. At the same time, each individual honeybee is highly dependent on her sisters, so when the colony as a whole is unwell, it is very bad news for all the individual bees.

GAZETTE: What were your initial reactions on hearing about the emergence of the Asian giant hornet here?

CRALL: My first reaction was that I’m really glad entomologists in Washington state have been so proactive in setting a monitoring system to look for these hornets. My second thought, though, was that I wish people reacted this strongly to all the other threats that we know full well are wreaking havoc on bee populations, like climate change, and many aspects of industrialized agriculture, including pesticides.

DE BIVORT: Yes, much depends on whether the wasps actually become established, meaning they reproduce to a stable, self-sustaining population size. I believe it’s rarely the case that an invasive species becomes established but is later eliminated through deliberate control measures. But if they do become established, then the honeybees will experience strong evolutionary pressures over the next years as they adapt to this new ecological interaction.

GAZETTE: What do you mean?

DE BIVORT: If bees end up facing the hornets as a recurring threat, then any bees that happen to have comparative advantages against hornet attacks — like tougher exoskeletons or more sensitive olfactory systems to smell the hornet as it approaches — will have an evolutionary advantage and may outcompete more vulnerable bees. It’s even conceivable that bees here could evolve similar social defenses as bees that have been in ecological contact with the hornets for a long time.

GAZETTE: So, what could this all mean for bees in the U.S.?

CRALL: The hornet has been found just twice in North America — once in British Columbia and once in Washington state — in late 2019 and, so far, one has been found in 2020 so it’s likely at least some individuals survived through the winter. It’s not clear yet whether they have become established. And even if they become locally established where they were introduced, it’s not really clear how widespread they could become in the U.S. based on the kinds of climates they inhabit in their native range. So, at this point it’s really important to be monitoring — as is happening in Washington state — but I wouldn’t say they pose an imminent threat to bees.

GAZETTE: Why more of a remote threat for wild bees?

CRALL: Well, it’s not that I think honeybees are any more affected per se, it’s just that I think we know less about to what extent they prey on wild, native bees — of which there are 4,000 species in North America. Unlike domesticated honeybee colonies that usually have a beekeeper keeping close watch who may notice if a giant hornet comes to wipe out the colony, nobody is reporting when a solitary bee nest gets eaten.

“Both wild bee populations and managed honeybees face a slew of critically important threats. … I think the giant hornet ranks well below all of these in terms of what keeps me up at night.”
— James Call

DE BIVORT: Another thing it could mean centers around stressors. Colony collapse disorder is the well-known phenomenon of colonies suddenly failing, which has both commercial and ecological impacts when it comes to domestic honeybees. It’s likely the result of many simultaneous stressors, each one of which is survivable, but in combination push a colony to the breaking point. These stressors include mite parasites, viruses, environmental contamination, and pesticides. Adding a predatory wasp would likely contribute to this stressor load.

GAZZETTE:  Bees in Japan have a defense against these so-called murder hornets. What is it and why don’t ours?

CRALL: The Asian honeybee has a remarkable defense against these hornets: Worker bees will collectively ball up around the hornet and heat their bodies up to a temperature — around 122 degrees Fahrenheit — that is lethal to the hornet, as well as to the bees themselves. This is, however, a different species of honeybee — Apis cerana — that is native to the same range as the giant hornet, so it has had time to evolve defense mechanisms. The common European honeybee — Apis mellifera — that is introduced and widely managed in the U.S. has not co-evolved with this hornet, however, and so hasn’t evolved effective defenses.

DE BIVORT: To me this reiterates how the strong sociality of bees is so relevant to their evolution and ecology. It isn’t possible for solitary bees to mount this particular defense. At the same time, a nest with just one bee isn’t nearly so tempting a prize for a predator as a colony of tens of thousands of bees.

GAZETTE: What are other threats the bee population has been facing and where do those rank with murder hornet threat?

CRALL: Both wild bee populations and managed honeybees face a slew of critically important threats, including diseases and pests, land-use change, habitat loss, exposure to pesticides and other agrochemicals, and climate change — all of which can act together to exacerbate impacts on bees. I think the giant hornet ranks well below all of these in terms of what keeps me up at night.

DE BIVORT: I agree, particularly since it remains uncertain if the hornets are a permanent addition to our North American ecology. The hornets themselves may very well be subject to similar environmental threats as the bees, considering the population declines seen broadly across insect species.