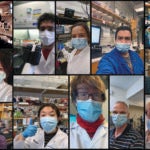 ‘Moving in the right direction’

Dani Rodrik, the Ford Foundation Professor of International Political Economy at the Kennedy School of Government, has been bestowed the 2020 Princess of Asturias Award for Social Sciences.

The jury awarded the honor to Rodrik, one of the world’s leading experts in political economy, trade, and globalization, for his work that has “led economic analysis and political economy to a territory closer to reality,” and has made international economy “compatible with peace, as well as with the reduction of poverty and inequality.”

In its citation, the jury of the prestigious Spanish award said that Rodrik “has strengthened the rigor in the analysis of the dynamics of the globalization of international economic relations,” and his contributions have made the economic system “much more sensitive to the needs of society.”

Born in Istanbul, Rodrik, 62, obtained his bachelor of arts in 1979 from Harvard University and a Ph.D. in economics from Princeton University in 1985. He joined the Kennedy School of Government in 1996.

“This is a great, and unexpected, honor,” said Rodrik in a statement posted on the site of the Spanish foundation. “My great hope is that some of the ideas that the prize recognizes will be useful in the reconstruction of the world economy after the pandemic that we badly need.”

An early critic of unregulated globalization, Rodrik has written more than 20 books on globalization, economic growth, development, and political economy. Among his most influential books are “Has Globalization Gone Too Far? “Economics Rules: The Rights and Wrongs of the Dismal Science,” “The Globalization Paradox: Democracy and the Future of the World Economy,” and “Straight Talk on Trade: Ideas for a Sane World Economy.”

“My great hope is that some of the ideas that the prize recognizes will be useful in the reconstruction of the world economy after the pandemic that we badly need.”
— Dani Rodrik

The jury noted Rodrik’s 2011 book, “The Globalization Paradox: Democracy and the Future of the World Economy,” which created one of his most popular theses: the “trilemma” of international politics. According to this thesis, it is not possible for a country to combine its integration into the global economy, democracy and state sovereignty at the same time; given the situation of the system, it must renounce one of the three options. Since its formulation, the jury said, the trilemma has become one of the most referenced ideas in the international debate on economic theory.

Rodrik is co-director of Economics for Inclusive Prosperity (EfIP), a network of economists committed to achieving a fairer financial system and a more equitable society. He also forms part of the Bureau for Research in Economic Analysis of Development (BREAD), a nongovernmental organization that provides economic education in developing areas.

Organized by the Princess of Asturias Foundation, the Social Sciences award is one of eight categories, including literature, science, the arts and sports, handed out annually. Previous Social Sciences laureates include Junger Habermas, Paul Krugman, Michael Sandel, and Mary Robinson.