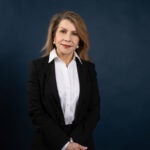 With the National Party Congress, China’s annual legislative session, concluded, the Ash Center sat down with Director Anthony Saich, Daewoo Professor of International Affairs, to discuss a new security law that could define the future of Beijing’s relationship with Hong Kong.

Saich: Currently, we do not know the details of the law, this will now be worked out in detail by the Standing Committee of the National People’s Congress, so it could be a couple of months before the actual legislation is ready. However, we do know that it allows Beijing to exert greater influence over Hong Kong than before.

There has been a steady erosion in the eyes of many in Hong Kong of the autonomy that they are supposed to enjoy under “one country, two systems.” In 2003, there was the failure to enact the anti-subversion law, the Umbrella movement in 2014 and the kidnap of Hong Kong booksellers, who peddled books gossiping about China’s ruling elites and internal politics, and the 2017 kidnap of a Chinese tycoon, which all showed that Beijing was unwilling to rely on the Hong Kong legal system. Finally, of course, the months of demonstrations in 2019 that started with opposition to the proposed Extradition Law but soon spread to a wide set of demands concerning Hong Kong autonomy.

We have reached a situation where Beijing emphasizes “One Country” (security, stability etc.) and many in Hong Kong prefer the “Two Systems” (genuine autonomy and a set of freedoms not tolerated on the mainland). It will be extremely difficult, if not impossible to resurrect the concept in a meaningful way.

Ash center:  Why did Beijing decide to take action now to impose this new law?

Saich: Actually, a different approach to Hong Kong was outlined at the Communist Party’s annual meeting in October 2019. Beijing made it clear then that it was determined to exert greater control over Hong Kong through the Basic Law and the principle of “one country, two systems.” The National Party Congress (NPC) meeting and the proposed legislation is just the working out in more concrete detail of this new approach. The leadership overseeing Hong Kong affairs for Beijing has been replaced by a tougher set of leaders. The NPC meeting for Beijing was the ideal time to push matters forward, especially as COVID-19 had put a temporary halt to the demonstrations.

Ash center:  Specifically, how will these restrictions impact the unique political freedoms that people in Hong Kong enjoy under the terms of the Sino-British Joint Declaration?

Saich: While it remains to be seen, it will give the authorities greater influence over what is acceptable behavior in Hong Kong and what is fit to print and read. The arrest of a number of veteran democracy activists, including Martin Lee, suggests a harder line on public discussion and debate. It is easier now for Beijing to intervene to declare certain acts or publications as inciting sedition or independence.

Ash center:  How are Hong Kongers reacting to the new law? Do you expect it may spark another round of mass protest akin to those that shut down much of the city last year?

Saich: We have already seen the return to the streets of some demonstrators. I think that tolerance has declined on the part of the protesters and the authorities. Protesters have lost faith in the ability of the authorities to treat them fairly and the authorities can be emboldened by what they will see as increased support from Beijing. The high level of arrests with this first wave of demonstrations attests to this. Perhaps the intention was to crack down hard to attempt to dissuade further protests. It is unclear whether this will be effective.

Ash center:  Could proposed economic sanctions already threatened by the U.S. jeopardize the special relationship Hong Kong has with the international community, particularly in the world of business and finance? Do you think the international economic consequences of moving ahead with this new law was at all a factor in Beijing’s decision-making on the issue?

Saich: We do not know yet exactly what the economic sanctions will entail. Certainly, removing the “special status” of Hong Kong granted by the U.S. would be a major blow to the local economy and to its position as a global financial and trading center. The U.S.business community is not unanimous in its support for this, pointing out the major impact it would have on the lives of those in Hong Kong (as well, of course, for its own business).

It is difficult to know how this played into Beijing’s calculations. Certainly, they felt the situation was slipping out of control and that action was needed and perhaps they thought that they could carry the international business community with them against the political authorities. It is certainly a gamble as Hong Kong is of vital importance to Beijing for its financial and capital markets. It is an essential gateway providing access to foreign currency and playing a crucial role in integrating China’s financial system with global markets. Some figures indicate this:

These figures explain why Beijing was restrained in its response to the demonstrations last year and while it feels that it has to get greater control moving forward. It hopes to achieve this through legislation rather than direct intervention. The problem for Beijing is not just whether this strategy works but that it has no alternative currently to Hong Kong. It is true that Shanghai and Shenzhen have overtaken Hong Kong in terms of market capitalization, but they are still geared for the domestic market. China lacks the institutional environment needed to establish a truly international financial sector within its own borders.