Adding it all up 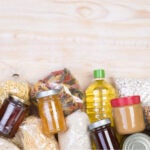 Deep in the rainforests of Madagascar, Akshaya Annapragada was counting chickens.

Then, as a first-year, Annapragada traveled to the African island nation to conduct field work with a team of researchers led by Christopher Golden, assistant professor of nutrition and planetary health at the Harvard Chan School of Public Health.

They studied the impact of vaccinations on poultry flocks kept by Malagasy community members. The team set out to determine how vaccinating chickens against the deadly (for poultry) Newcastle disease could create a healthy, sustainable food source for communities that have relied on increasingly scarce wild meats for centuries.

“For me, that experience brought home this idea that the really intense mathematical tools I was learning, when you took a broad, systems view, you could really use them to help answer big, important questions, like how can we make nutrition work in very poor communities that are adversely affected by climate change?” she said.

Even as a high school student in Houston, it was the big-picture questions that appealed to Annapragada. For instance, while shadowing physicians at the Texas Medical Center, she saw how the tools at their disposal played an outsized role in whether patients lived or died.

So Annapragada, who is simultaneously pursuing an A.B. in applied mathematics and an S.M. in engineering sciences-bioengineering, with a secondary in global health and health policy at the John A. Paulson School of Engineering and Applied Sciences, arrived at Harvard eager to develop better medical tools.

Working in the lab of Jennifer Lewis, Hansjorg Wyss Professor of Biologically Inspired Engineering, she helped 3D print muscle tissues using real cells. That research sought to create artificial muscles with such realistic properties that they could be used in surgeries and transplants.

“3D printing is supposed to be very precise, so we had an idea of what printed muscle is supposed to look like. But when you are working with actual cells, it isn’t so simple. Cells are vital for all these incredible human life functions, but they don’t print in straight lines,” she said. “Trying to figure out how to reconcile this really precise notion of what 3D printers should do with the reality of what biology looks like was really challenging, but also a really rewarding way to bring two disciplines together.”

She and her collaborators worked to produce nanoparticles with similar properties to blood platelets. Their goal was to use the drug-carrying nanoparticles to mimic the properties of platelets as they circulate through the blood stream, which could enable the precise delivery of drugs to specific areas of the body.

“I really love the idea of trying to come up with knowledge that nobody else has,” she said. “All of these big problems in health care, I think most people would agree we should try to do something about them. But as a researcher, you can read the literature, think a lot about it, have a unique understanding of the problem, and apply technical skills to fix that problem and do something that no one else has done before.”

“I really love the idea of trying to come up with knowledge that nobody else has.”
— Akshaya Annapragada

Driven by that passion for research, she expanded her work with Golden and began a collaboration with Milind Tambe, Gordon McKay Professor of Computer Science, for a senior thesis project at the intersection of math, medicine, and social science.

Annapragada applied mathematical modeling and machine learning techniques to a large, cross-sectional study of social, community, ecological, and economic factors to better understand how nonclinical variables can predict malaria and anemia in patients in Madagascar.

It is estimated that more than 30 percent of women in Madagascar are anemic, and nearly 10 percent of the population suffers from malaria, though these figures are substantially higher in some regions. If malaria is untreated, the parasite lyses red blood cells, while anemia leads to a decrease in red blood cells. Patients who suffer from both conditions face fatality rates above 50 percent.

“And this is often an emergent situation happening in a place that is very far from a health care system. So having the ability to predict the coincidence of the two, so we know where the malaria and anemia hot spots are, is really important from the perspective of saving lives,” she said. “By using these nonclinical variables, which don’t require a hospital or a blood draw to gather, we are able to start thinking about what might be driving malaria and anemia in Madagascar.”

The work has shown that access to water, sanitation, and certain nutrients are major contributors to high malaria and anemia rates.

“We took the most sophisticated mathematical models in the world, neural networks and regression analysis, and in some ways, found out what we knew all along — poverty, and the unfortunate conditions that come with it, have a big role to play in disease,” she said. “We are going to have to address those factors in addition to coming up with better medicines.”

As she prepares to graduate, Annapragada is looking forward to using her Harvard training to continue making an impact on global human health. She plans to pursue an M.D./Ph.D. at the intersection of bioengineering and computer science, with the goal of creating better tools to help patients, both on an individual level through her medical practice and with a broader, public health mindset.

The events of the spring term that transformed the home stretch of her senior year have impressed even more upon Annapragada the critical role that math can play in solving global health crises.

“My favorite place on campus, and probably one of my favorite places on Earth, is Pforzheimer House. It has been really tough to not be there finishing senior year the way I thought I would be,” she said. “But the idea that social distancing is a public health tool that will stop a pandemic comes directly out of mathematical modeling. To see the things that I care about reflected in everyday practice really inspires me.”