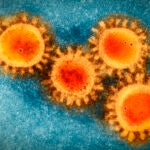 Recognized for their 'distinguished and continuing achievements in original research'

Nine Harvard University scientists have been elected by their peers to the National Academy of Sciences (NAS) in recognition of “their distinguished and continuing achievements in original research.”

NAS is a private, nonprofit institution that recognizes achievement in science by election to its membership. Established under a congressional charter signed by President Abraham Lincoln in 1863, it now counts 2,347 voting members and 487 foreign associates among its members.

The nine Harvard faculty, including five from the Medical School, are among 120 members and 26 international members recognized this year. They are:

Dennis Gaitsgory, Herschel Smith Professor of Mathematics in the Faculty of Arts and Sciences (FAS).

Joel Habener, professor of medicine and chief of the Laboratory of Molecular Endocrinology at Massachusetts General Hospital.

Michael Kremer, Gates Professor of Developing Societies in the Department of Economics.

Judy Lieberman, professor of pediatrics and chair of Cellular and Molecular Medicine at Boston Children’s Hospital.

Kerstin Lindblad-Toh, scientific director of Vertebrate Genome Biology at the Broad Institute, professor in comparative genomics and director of Science for Life at Uppsala University.

Margaret Livingstone, the Takeda Professor of Neurobiology in the Blavatnik Institute at Harvard Medical School (HMS).

Olivier Pourquié, the Frank Burr Mallory Professor of Pathology at Brigham and Women’s Hospital and professor of genetics in the Blavatnik Institute at HMS.

Wilfried Schmid, professor emeritus from the Department of Mathematics in the FAS.

Suzanne Walker, professor of microbiology in the Blavatnik Institute at HMS.

You can read more about Gaitsgory and Schmid in a story from the mathematics department and Habener, Lieberman, Livingstone, Pourquié, and Walker in a story on the HMS website.