Sticking to the healthy diet? 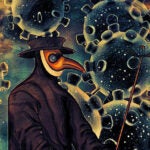 A newly identified “metabolic signature” can evaluate an individual’s adherence and metabolic response to the Mediterranean diet and help predict future risk of developing cardiovascular disease (CVD), according to new research led by Harvard T.H. Chan School of Public Health with collaborators from the Broad Institute of MIT and Harvard and Spain.

The metabolic signature consists of 67 metabolites — small chemicals produced in the processes of metabolism that circulate in the bloodstream — and can be measured through a blood sample.

The findings were published online in the European Heart Journal on May 14.

For the study, researchers used a machine-learning model to analyze hundreds of metabolites in blood samples from 1,859 participants from the Spanish PREDIMED study, the largest study of the Mediterranean diet’s ability to prevent CVD. The model identified 67 metabolites that when analyzed collectively indicated whether a person had followed the Mediterranean diet and showed how the person responded to the diet, which is high in unsaturated fats and emphasizes plant-based foods, fish, and olive oil, and has shown to be effective in reducing the risk of CVD and overall mortality.

The researchers further tested and verified the metabolic signature in blood samples from 6,868 participants from the U.S.-based Nurses’ Health Study, Nurses’ Health Study II, and Health Professional’s Follow-Up Survey. They noted that ability for the signature to determine adherence and metabolic response to the Mediterranean diet, and to predict future CVD risk, were highly reproducible across all the study populations despite the fact that individuals living in Spain and in the U.S. have different dietary habits, lifestyles, and environmental exposures.

“This study is the first to develop a metabolic signature for the Mediterranean diet based on comprehensive metabolomic profiles. It demonstrates that the level of dietary adherence and individual’s response to diet can be objectively measured,” said Liming Liang, associate professor of epidemiology and biostatistics at Harvard Chan School and co-senior author of the paper. “The reproducibility of the findings in the U.S. and Spanish populations indicate the robustness of the approach.”

Assessing adherence to the Mediterranean diet has often relied on self-reported data obtained through questionnaires of study participants. The newly discovered metabolic signature could prove to be a potent and objective tool for the research community to further evaluate individuals’ adherence and metabolic response to the Mediterranean diet in various study populations and settings.

“The metabolic signature and metabolites included in the signature could also help researchers better understand how the Mediterranean diet can benefit people with complex metabolic diseases,” said Jun Li, research scientist of nutrition and epidemiology at Harvard Chan School and the first author of the paper. “Given that the metabolic signature is reflective of individuals’ metabolic response to diet and CVD risk, the signature has potential in the future to help facilitate personalized nutrition interventions.”

“From a public health perspective, our findings underscored the beneficial effects of the Mediterranean diet for the prevention of cardiovascular disease at a molecular level,” said Miguel A. Martinez-Gonzalez, Professor at the University of Navarra (Spain) and co-author of this study.

Researchers from the Spanish PREDIMED study group, Brigham and Women’s Hospital, and the Broad Institute of MIT and Harvard were also co-authors of the paper.