Birth of a sleuth 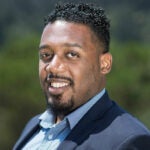 Elevating people of color and women in the workplace

For Jordan Villegas ’20, a hunch turned into an obsession.

At the beginning of his first year, Villegas told his proctor that he’d like to do research, “not really having any idea what that meant, but just because it seemed interesting, and I knew it involved libraries generally,” he remembers. (He had done archival processing for a local genealogical society as a high school student.) That proctor pointed him to the Radcliffe Research Program, which pairs undergraduates with visiting fellows for paid work at the Radcliffe Institute for Advanced Study.

Four years and many research projects later, Villegas — a joint concentrator in studies of women, gender, and sexuality and social anthropology with a secondary in Latinx studies — is hooked on the past. “I call it archive fever: I find this historical nugget and think, ‘Wait, there’s a story here; there must be more,’” he says. “I can’t help myself.”

The fruits of that passion have been widespread.

“Jordan was an amazing research assistant who walked into the position fully formed as a researcher and writer,” recalls Stephanie LeMenager, RI ’17, the Barbara and Carlisle Moore Professor of English and American Literature and a professor of environmental studies at the University of Oregon. She hired Villegas during his first year to assist with research on drought histories and speculative fictions. “He proved to be an incredibly creative and knowledgeable resource for me, but also a distinguished thinker in his own right,” she says.

For Villegas, the assignment was an opportunity to see how the academic sausage gets made. “Being able to work that closely with a professor — seeing what a professor does, how books get written, and how research is done — I was so taken with it,” he says.

He decided to apply to conduct full-time research as a summer BLISS Fellow. While browsing the project descriptions, one listing caught his eye: “Feminisms and pornography: archives, history, pedagogy,” posted by Jane Kamensky, the Carl and Lily Pforzheimer Foundation Director of Radcliffe’s Schlesinger Library and Jonathan Trumbull Professor of American History in the Harvard Faculty of Arts and Sciences. The Schlesinger had recently acquired the papers of Candida Royalle, considered the godmother of feminist pornography. “She wasn’t named in the original description of what the summer project would be,” Villegas says, but he had read about the library acquiring the papers and connected the dots.

“He knew deeply the intellectual and cultural context of the collection I planned to study; in fact, he knew a good deal more about it than I did,” says Kamensky. “He was precise, contained, experienced, capable, professional — and just in the second semester of his freshman year.”

She hired him on the spot, and that summer he spent 10 weeks embedded in the Schlesinger, where he compiled an initial container list of the unprocessed Royalle collection; produced a research guide on the library’s collections documenting erotica, pornography, and antipornography; and read through the Royalle diaries alongside Kamensky to assess the viability of her planned book project.

“So that was my first introduction to the Schlesinger Library,” Villegas says. “I hadn’t been there before, but I fell in love with being there every single day over the summer, working with the archivists — both in the Reading Room and in the back offices during processing.”

Each year, he returned to the archives — both at the Schlesinger and in other locales — for projects that sharpened his scholarly skill set. Working with Erica R. Edwards, RI ’18, the Presidential Term Chair in African American Literature and an associate professor of English at Rutgers University, opened up a new domain for him by introducing him to black feminist collections. His work with Katherine Turk — an associate professor of history and an adjunct associate professor of women’s and gender studies at the University of North Carolina at Chapel Hill who is writing a history of the National Organization for Women — taught him to cut through the mountains of organizational minutes to home in on historical narratives. The work he began in January for Ashley D. Farmer — the 2019–2020 Joy Foundation Fellow at Radcliffe, who is working on a book about “Queen Mother” Audley Moore, an early proponent for slavery reparations — showed him how the smallest pieces of information can be woven together to re-create lives at the margins of society.

Villegas has shared these talents beyond Radcliffe. He helped Kamensky and the historian Laurel Thatcher Ulrich develop their HarvardX course “Women Making History: Ten Objects, Many Stories,” and worked as a freelance research assistant to the queer studies writer and activist Martin Duberman, who is writing a biography of Andrea Dworkin.

Outside the research realm, Villegas became a Radcliffe triple threat when he agreed to become an inaugural member of the institute-wide Student Advisory Board, whose members help brainstorm on programming while acting as ambassadors to the greater Harvard community.

Although he completed high school in northwest Ohio, Villegas is a seventh-generation Tejano whose family hails from Houston. He received his first taste of college while still a teen: The regional school he attended in the rural village of Elmore didn’t offer advanced coursework, so, as a 16-year-old junior, he began taking all of his classes at the University of Toledo.

This outsider status has profoundly influenced the focus of Villegas’s studies. “La Pocha, Sin Raíces/Spoiled Fruit, Without Roots: A Genealogy of Tejana Borderland Imaginaries,” the thesis he submitted in early March, takes as its jumping-off point the pejorative term pocho/a and how it was reclaimed by Mexican American women in the U.S.–Mexico borderlands to communicate power and strength. Research on the project took Villegas to archives in Texas and Smith College as well as the Schlesinger.

Durba Mitra, the Carol K. Pforzheimer Assistant Professor at the Radcliffe Institute and assistant professor of women, gender, and sexuality in the Faculty of Arts and Sciences, advised him on the thesis. “Jordan is a stunning researcher, critical theorist, and also a gourmet cook and baker,” she says. “When we meet, we talk about profound philosophical issues of race and sexuality, we exchange stories about rare archival finds, and we eat homemade salted chocolate cookies. Jordan is a student with deep knowledge, both of rare and marginalized archives as well as true Tex-Mex cuisine.”

These days, Villegas isn’t spending any time in the archives — at least not in the same way. With the early campus closing due to the COVID-19 crisis, he has vacated the Brighton apartment he shared with his fiancé for the woods of central New York, near Syracuse, where his parents now live. He appreciates the ample space and outdoor time — “I can take a kayak out on the nearby lake or hang out with my parents’ dogs, and I have a much bigger kitchen to cook in” — but he finds the screen time taxing: in addition to taking classes via Zoom, all of his other activities are now online, including several seminars, readings, research jobs, and work study.

Villegas is looking forward to beginning his Ph.D. at Columbia University, where he will study under the borderlands historian Karl Jacoby. He has already begun independent research around the Texas women’s penitentiary system in the early 20th century, exploring how gender, sexuality, and race intersect with carceral and colonial issues. And he continues to work with Kamensky.

“He’s working so quickly, thoroughly, and intuitively that I find myself barely keeping up with the fruits of his sleuthing,” she says. “He also reads historical sources with the great empathy of somebody who knows he’s holding the mortal remains of once-living people — I’ve seen him tear up over a document.

“Truly, I’ve never taught anybody even remotely like him. Who, what will he be when he’s older? I wait already in awe.”