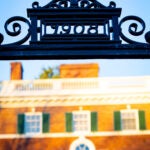 Bertoldi, Carpio, Extavour, Jones, and Robson honored for their work as teachers and mentors

Five faculty members have been named Harvard College Professors for their contributions to undergraduate teaching.

Claudine Gay, Edgerley Family Dean of the Faculty of Arts and Sciences, announced the honor for Katia Bertoldi, William and Ami Kuan Danoff Professor of Applied Mechanics; Glenda Carpio, professor of English and of African and African American studies; Cassandra Extavour, professor of organismic and evolutionary biology and of molecular and cellular biology; David S. Jones, A. Bernard Ackerman Professor of the Culture of Medicine; and James Robson, James C. Kralik and Yunli Lou Professor of East Asian Languages and Civilizations and William Fung Director of the Harvard University Asia Center.

“I am so pleased to recognize these extraordinary colleagues and the profound impact they’ve had on our students’ lives,” said Gay. “Their remarkable dedication, creativity, and passion for teaching and research offers our students an unparalleled learning experience across the arts and sciences.”

Launched in 1997 through a gift from John and Frances Loeb, the Harvard College Professorships are five-year appointments. They include support for research or scholarly activities and a semester of paid leave or a summer salary.

Bertoldi’s teaching method is all about firing up students and getting them to find less-obvious solutions to conventional challenges.

“Teaching undergrads is my favorite,” said Bertoldi. “I like seeing how excited people can get. I try to engage students as much as possible by continuously stopping and asking questions. I try to explain the equations I teach and how they can be used to solve real problems.”

Bertoldi planned to be an architect when she was growing up in Italy, but ended up pursuing structural engineering. In her lab, researchers exploit nonlinearities to design structures with enhanced functionality. These include soft robots that can jump and move, tunable devices to guide elastic waves, as well as deployable, large-scale objects like emergency shelters.

“There are many applications across different scales” for this kind of experimentation, she said. “You look at toys, or buildings, and then get inspired, and there is an exchange of ideas among people in the lab to try to figure things out. There is a lot of creativity [involved].”

Bertoldi has managed to keep that energy flowing this semester after all Harvard courses were moved online as a result of COVID-19 pandemic.

“From the very beginning of each lesson, I try to have a continuing dialogue with my students,” she said.

Carpio found it fitting that she was reading a book by a former student when she found out she had been named a Harvard College Professor.

“I was marveling at what my student had done,” said Carpio, referring to “The Undocumented Americans” by Karla Cornejo Villavicencio ’11. “I was thinking about the fierceness with which Karla takes down the American dream myth. I am very lucky to have kept in touch with a lot of my students, and the joy of seeing them shape the world is a gift that keeps on giving.”

Carpio’s own research covers themes of migration, performance, and humor in literature, and she is currently working on a book about the aesthetics of migration. Whether she is analyzing the novels of Vladimir Nabokov or the stand-up comedy of Richard Pryor, “Something that unites all of my work is that I look at writers who represent injustice but guard against the commodification of suffering.”

She takes a community-building approach when teaching seemingly disparate styles of writing through her courses in the English and African and African American Studies departments, and plans to continue that approach as part of the teaching faculty of Humanities 10 in the fall.

“I try to feel the work in the classroom by looking at passages and reading them out loud together,” she said. “Creating a reading community makes students experience each work as a form of discovery and invites in their curiosity.”

As a scholar of evolutionary developmental and molecular genetics, Extavour studies the ways genes operate and evolve in embryonic reproductive systems. Her work involves examining genetic regulatory systems in exacting detail to better understand how they function and change over generations.

“The cell behaviors that we are often most interested in are the cell decisions to generate the reproductive organs, and the germ cells that are inside those organs that are going to make eggs and sperm,” said Extavour. “Without that system of organs, evolution can’t happen in sexually reproducing species. You have to make eggs and sperm to get another generation.”

The Extavour lab has become known for rebutting longstanding hypotheses about the evolution of developmental processes and the genes that control them. For example, her group recently showed that a gene required to make germ cells in many insects likely evolved by transfer of bacterial DNA into an ancient insect genome, and that insect eggs may have evolved their bizarre array of shapes and sizes influenced by whether the eggs were laid in water, on land, or inside other animals.

Her goal is for all students to understand that “all of the contributions to our understanding of the world that have come before them were not made by people who were fundamentally different from them. There is no magic involved. There is work and luck and believing that it’s possible to do something different than you’ve done up until now in your life.”

Extavour mentors many students, including those embarking on a journey similar to her own, whether they are taking her courses or are members of student groups like The Association of Black Harvard Women, Harvard Society of Black Scientists and Engineers, and Harvard Graduate Women in Science and Engineering.

“I’m very glad to know that because I happen to be running a research lab, many students will have an experience that I never had, which is seeing a live black scientist,” said Extavour, who did not meet another black professional scientist until she was a postdoctoral scholar. “Those students don’t necessarily need to know about my work. They don’t need to understand what I do. They don’t need to take my class. But they will know that someone existed who was not the status quo of what a scientist is ‘supposed’ to look like.”

Jones has taught across Harvard Schools and departments for decades, and along the way learned about the value of collaboration and mutual understanding.

“At HMS and Harvard College, I have been lucky to be able to co-teach with many wonderful colleagues, in anthropology, philosophy, literature, history of science, and beyond,” said Jones, whose specialties include the history of medicine and medical ethics. “I also get to teach many different kinds of students, including undergraduates, graduate students, and medical students, sometimes teaching them the same sorts of material, like medical ethics, in very different settings.”

One approach he takes in many courses is to introduce specific dilemmas or “concept questions” in each meeting to guide discussions, probe students’ intuitions, and get them invested in the material at hand. He tries to elicit a variety of perspectives from the students, especially on controversial topics such as abortion. For Jones, getting a wide range of voices engaged can be invaluable for scholarly analysis.

One method he uses is polling the students online during lectures and discussions. “I often find that those tools are useful ways both to gauge what students are thinking and to encourage active participation by the students,” he said.

Jones has already begun to overhaul his courses in response to the COVID-19 pandemic. This is a challenge, he said, but it is an important part of the effort to connect the history of science and medicine to the present and to train a new generation of scholars and practitioners to better understand those links.

“Current events often intersect with the material that I’m teaching, which is something that helps students to make new connections to life in and outside of the classroom,” he said.

For Robson, the best route to learning often starts with a bit of serendipity.

His own fascination with East Asian languages began while hitchhiking in college, when a truck driver gave him a copy of the Kenneth Rexroth collection “One Hundred Poems from the Chinese.”

Abandoning his earlier direction of Mesoamerican studies, Robson returned to campus at the University of California, Santa Barbara, and immediately enrolled in Chinese I. His Taiwanese professor told him that if he wanted to learn more, he had to get away from the university and go where the language was.

The value of learning in unfamiliar settings is one that he imparts to his students every year during the Harvard Summer Program in Kyoto, Japan.

“One of my goals as a teacher is to get students away from Harvard and out into the world as much as possible,” he said.

Facing restrictions on international travel during the COVID-19 pandemic, he and his colleagues are exploring new ways to teach students about parts of the world they may not have experienced in person.

“How do we get students interested in other parts of the world and become better global citizens, when we can’t travel and experience these things directly?” he asked, noting that he is exploring ways to work with students and alumni around the world to meet online for discussions of current events and to record their experiences living in Asia during the crisis.

“Even if students don’t necessarily continue in [East Asian Languages and Civilizations], I want to give them a curiosity about the world and inspire them to learn certain skills to ask critical, hard questions” about depictions of East Asia. “Receiving this honor gave me a little push to think of the next round of teaching in a more interesting way.”