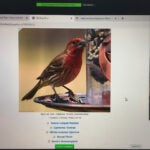 Pragmatic, socially conscious, and deeply curious about the world around him, Bradley Ashton Thomas is forever seeking ways to help people.

Already a practicing attorney in Washington, D.C., Maryland, and Virginia, Thomas came to Harvard Extension School to earn a master of liberal arts in the field of sustainability. For his thesis, he wanted to stay close to home and focus on an issue of both environmental and social justice. He chose Minden, W.Va., population 250.

In his research, Thomas explores the myriad ways in which the small town of Minden has been negatively affected by polychlorinated biphenyl (PCB) soil contamination left behind by the Shaffer Equipment Co. more than 30 years ago.

“But it’s clear from all the empirical evidence that these people are suffering health consequences as a result of being subjected to toxins that they didn’t have the clout to stop,” he said.

A lack of data isn’t uncommon in cases such as Minden’s. Previously, Thomas had wanted to focus his thesis on the public health effects of a trash transfer station in a low-income D.C. neighborhood. The smell was undeniable, he said, but the consequences were more obscure.

His thesis adviser, Mark Leighton, encouraged him to keep his format but apply it to an area where there’s more available data. While the effects of PCBs, and the fact of their presence in Minden, are well established, drawing a clear link between the pollution and high rates of cancer in the area proved difficult.

“It’s an issue of environmental justice. The research shows that often minority communities are affected more so, because that’s where there’s the least resistance,” he said. “But in this case, this is a community that is almost all white — it’s southern West Virginia. But the people are poor. So, really the common denominator here is that people who don’t have the clout, economically or politically, are the ones who take the brunt of environmental pollution and injustice.”

With his thesis submitted, Thomas looks forward to having his master’s degree as another tool in his arsenal.

“The fact that we’re dealing with the catastrophic, or soon to be catastrophic, effects of climate change, and yet we have many in positions of authority who deny that it exists or deny that it’s really that serious — that’s an area where I think I could be effective as a voice,” said Thomas.

Thomas’ Harvard Extension journey began in 2013 when he had some extra time on his hands. He started searching online for opportunities to deepen his knowledge of environmental issues, and found a course called Strategies of Sustainability Management with Robert Pojasek.

He earned an A in the course, and within a short time became a degree candidate in the Sustainability Graduate Program. But this wasn’t his first time as a nontraditional student.

Thomas earned his undergraduate degree in electrical engineering at Purdue University in 1975. After working in the field a few years, he realized that while engineering spoke to his natural strengths in math, something greater was calling to him.

In 1978, while working full time as an engineer, Thomas attended night school at Georgetown University Law Center. Since graduating in 1982, he’s become established in the fields of civil litigation, estates and probate law, and entertainment law.

His love of nature was cultivated at Rock Creek Park (an 1,800-acre urban park in northwest D.C.), near where he grew up, as well as within the United Church of Christ, which he describes as a “pioneer of environmental justice.” This passion has motivated him to keep moving, to keep turning stones to find the causes of environmental and social disparities.

But, he said, the journey wasn’t always easy. He offered a piece of advice for current and future Harvard Extension students.

“Be prepared to take on a challenge that may not be something you are familiar with, that makes you stretch, that provides some risk of failure,” he said. “Because failure is temporary. And you fail one day, and the next day what you learn from that failure becomes the seeds of success.”