A new mission in Haiti 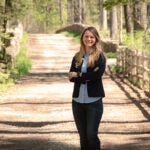 When Christophe Millien finishes his graduate studies at Harvard Medical School (HMS) in May, he will return to his homeland of Haiti to continue championing women’s health care. Bolstered by his research findings, this specialist in obstetrics and gynecology will be on a new mission — to address the medical problem caused by uterine fibroids suffered by Haitian women.

“My research revealed that in Haiti, this painful condition has pervasive social consequences,” said Millien. “It is a socially malignant illness.”

Millien is already well known to the Haitian medical community. In 2015, he was the celebrated doctor who delivered triplets there, two of whom were joined at the abdomen. To plan for the delivery and separation of the conjoined twins, he consulted with his long-time mentor Paul Farmer, the Kolokotrones University Professor of Global Health and Social Medicine at Harvard and chair of the HMS Department of Global Health and Social Medicine (GHSM).

Millien had earlier met and had begun working closely with Farmer, a co-founder of Partners In Health (PIH), when the humanitarian organization was supporting a community hospital in Lascahobas, one of 12 Haitian health facilities where PIH’s work continues today.

Farmer connected Millien with Haitian and U.S. experts in fetal medicine and pediatrics, including specialists from California, Florida, New York and Massachusetts. The team helped guide Millien as he successfully delivered the three babies, and again when the twins were separated six months later. Farmer subsequently encouraged Millien to study for a master of medical science (M.M.Sc.) degree in Global Health Delivery at HMS.

It wasn’t hard to select a research subject. During his 17 years serving Haitian clinics and hospitals, Millien had been disturbed by the medical and social toll of uterine fibroids.

“As a benign tumor of the uterus, uterine fibroid profoundly affects the quality of life of women and their families,” he said.

Other researchers had previously shown the incidence of uterine fibroids in the general black population was high — 59 percent.

“But little was known about uterine fibroids in Haiti,” said Millien. As the chair of the obstetrics and gynecology department at Mirebalais University Hospital, he and his colleagues wanted to better understand the prevalence, complications, risk factors and impact of uterine fibroids on the quality of women’s lives in Haiti, a nation affected by poverty, colonialism, political instability and limited access to health care services.

To get answers, Millien worked with his GHSM advisers at HMS to design a mixed-method study. He initially surveyed 211 Haitian women who had received care for uterine fibroids at the hospital over a four-month period. Building upon this quantitative study, he conducted in-depth interviews of 17 women and seven family members.

His findings showed that among women over age 20 followed for gynecology care at Mirebalais University Hospital, the prevalence of uterine fibroids was 60.1 percent, with anemia and infertility the most frequent complications.

But in Haiti, fibroids are far more than a medical and surgical problem. They are the root of an enormous social issue, which Millien calls “the poverty wheel of uterine fibroids.”

“This master’s degree from Harvard has given me the energy to do more in Haiti and worldwide as a world citizen.”
— Christophe Millien, M.M.Sc. '20

He discovered that women in Haiti typically must wait a year or more to get medical or surgical care. Struggling with debilitating pain, they often lose their jobs and experience income decline, which threatens the family’s economic security, erodes their children’s chances for education, and causes a host of other cultural downturns. In addition, husbands often get upset if denied sexual relations or if their wives have difficulty keeping up with housekeeping, compounding the woman’s misery, he said.

This pattern, which Millien calls the “uterine suffering tree,” is something he hopes to change when he returns to Haiti. He plans to work to strengthen the country’s health care network, which currently has 12 hospitals, of which only five have surgical capacity. He also hopes to increase the number of OB-GYN physicians there by expanding residency programs. He also aims to improve access to health care by advocating for better transportation systems, so that women are able to travel to clinics and hospitals for the care they need.

Millien’s “can-do” spirit has defined the first 44 years of his life. Although his parents were poor farmers, they valued the opportunities that education could bring. The second of eight children, Millien completed elementary school in his rural community, and then was sent 25 miles from home to live in a house in the coastal town of Petit-Goave which was rented by his parents and uncle while their children attended the secondary school there.

There, he was immediately recruited for leadership roles with Partners In Health. From 2008 to 2011, he directed the community hospital in Lascahobas, followed by two years as regional coordinator of maternal health care for seven health centers in Haiti’s central plateau. During those years, he worked to improve women’s access to modern obstetrics and family planning, laboring to save the lives of mothers and babies.

In 2013, Millien was appointed to lead the OB-GYN department at Mirebalais University Hospital, where, in 2017, he also was named deputy chief medical officer. Under his leadership, the OB-GYN ward today has grown to 100 beds, occupying one-third of the hospital, and the residency program also has expanded.

“It’s not about being a superstar, but about working with people and finding ways to do useful things together for the community.”
— Christophe Millien

“For any young doctor, it has been an amazing opportunity,” said Millien. “It’s not about being a superstar, but about working with people and finding ways to do useful things together for the community.”

Active in academic circles, Millien has presented lectures locally and internationally and authored many guidelines on women’s health. He received the Association of Professors of Gynecology and Obstetrics scholarship in 2014 and holds 18 certificates of continuous medical education in multiple areas of expertise, ranging from ultrasound procedures and cervical-cancer screening to health management and humanitarian response.

To support his M.M.Sc. education at Harvard, all of his program costs — tuition, fees and living expenses — were covered by the Ronda Stryker and William Johnston Foundation. In Haiti, his education from primary school through medical school was made possible by the country’s taxpayers.

“I feel accountable to give something back to both communities,” Millien said. “And I give thanks to my parents, my family, Partners In Health, Paul Farmer, my thesis mentor Joia Mukherjee, and my other professors in Haiti and at Harvard.”

With his HMS graduate work behind him, Millien looks forward to returning to Haiti and rejoining his wife, a pediatrician, and three children, ages 1 to 9, and he is prepared to advocate for women suffering from uterine fibroids.

“I always fight to get things done,” he said. “This master’s degree from Harvard has given me the energy to do more in Haiti and worldwide as a world citizen.”