Why so many of us are watching films like ‘Outbreak’ 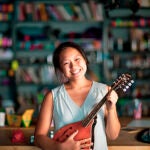 Robichaud: Our taste for apocalyptic stories shows what we worry about most

Even before the coronavirus pandemic, movies about post-apocalyptic worlds — often brought about by deadly, fast-spreading viruses — drew millions of eyeballs. Now, with millions of people at home because of the COVID-19 outbreak, many are flocking to such narratives. The 2011 thriller “Contagion,” which depicts the spread of a lethal virus from China, has recently become one of the most popular movies on iTunes, Amazon Prime Video, and in the Warner Bros. library. The 1995 blockbuster “Outbreak,” about a killer virus in the U.S., consistently made Netflix’s top 10 most-watched list in March.

Christopher Robichaud is a senior lecturer in ethics and public policy at the Harvard Kennedy School of Government and director of pedagogical innovation at the Edmond J. Safra Center for Ethics. As part of his work, Robichaud looks at issues of moral and political philosophy in pop culture. He spoke to the Gazette about the lure of these stories and what it may say about us.

GAZETTE: Overall, why are people turning to these pandemic and catastrophe-related narratives now?

ROBICHAUD: Narratives that fall under these categories tap into different things. Movies like “Contagion” or “Outbreak” both try to track with reality and show us a portrayal of what it would mean to confront something very, very ugly, have our institutions and our infrastructure challenged and threatened — maybe even pushed to the breaking point — while adding some human element to it. Both of these movies didn’t just deal with the contagions abstractly, but inserted people and their struggles and the moral dilemmas that they faced. For example, “Contagion” really confronted a question: Do you take some possible vaccine and give it to a loved one, violating protocols on who is eligible to receive it? So, a general answer to some of the more realistic pandemic-related narratives is just that as we sometimes find ourselves interested in watching a film about war, or a film about true crime, or a film about natural disasters like an earthquake or hurricane, we take some cinematic or fictional enjoyment in watching people confront these really hard things and overcome them.

GAZETTE: How about with less-realistic stories?

ROBICHAUD: I don’t think that that interest explains our society’s obsession with narratives that are a bit more fantastical, like zombies. In some of the classes that I teach, I make this distinction between dystopian literature and post-apocalyptic literature. What I’m trying to point to is that in a lot of dystopian literature, government institutions and state infrastructure and things like that are still in place. But what’s in place is horrible. Think “The Handmaid’s Tale.” Compare that to post-apocalyptic fiction, cinema, or other storytelling, where there is no more government or infrastructure. What these stories tend to do is to show us ourselves at our most basic level. What would we be like without government? What would we be like without the social institutions that we’ve developed over time? What would that world be like?

“What fantastical literature allows us to do right now is to look at other individuals in exaggerated but similar types of situations — at enough of a distance — where we can process it.”
— Christopher Robichaud

GAZETTE: But these stories are so chilling. Doesn’t it seem counterintuitive that we’d want to further steep ourselves in feelings of fear and paranoia?

ROBICHAUD: There’s a fascination with those questions because we’re living through a time in history where the core institutions and ideas that we embrace are being challenged or are temporarily unraveling. I’m thinking of movies like “World War Z” based on Max Brooks’ absolutely fantastic book. I think those movies are appealing to us because we see it all at a distance. In other words, the fantastical component actually helps us process things better. We see what it would be like to live through the unraveling of a society and what it would it be like on the other side. A good example is Stephen King’s “The Stand,” about a lethal flu that sweeps the world and kills 99 percent of the population. In that book, we get to see both of those sides. We get a long series of pages that describe how this happened and what immediately came to pass. Then, of course, we get the epic mythological battle of good versus evil.

GAZETTE: So it’s an opportunity to work out angst at a safe distance?

ROBICHAUD: I think, yes. As consumers of popular entertainment, we do like to see scenarios in which society is under threat and possibly crumbling. We like to see how people manage that. To bring it back to this current moment: The good news is we are not in a situation like “The Stand.” We are not in a situation like “World War Z.” Our infrastructure is under pressure; our way of life is certainly under pressure. But our institutions are holding up. Nevertheless, our life has dramatically changed for a short period of time, which is exactly what these stories emphasize.

What fantastical literature allows us to do right now is to look at other individuals in exaggerated but similar types of situations — at enough of a distance — where we can process it. If I were to come up with a theme for the first two decades of the 21st century and one of the many themes for this moment, it would be that all of the things that we cherish are much more fragile than we ever imagined — that a way of life where people went to work every day, where we’re zipping around the world on planes and all the rest of it — that can all go away, almost in a flash. That’s a very scary thought, but it’s an important one for us to confront because I hope it forces all of us, starting with me, to realize how precious these things are, how fragile, and how vigilant we must be going forward in preserving them along with our health.

ROBICHAUD: Most of these narratives have hopeful conclusions — though not ridiculously hopeful. Nevertheless, there is light at the end of the tunnel. To stay with “World War Z,” things go horrible. The world crashes, but of course, Brad Pitt discovers the zombie’s one weakness and the world uses it to its advantage and we see sort of a montage at the end where the world is fighting its way back. The movie ends with a message of: “We’re not done yet. There’s more to do.” I think that that’s right, and we need that. It’s the same with invasion movies — anything from “Independence Day” to Marvel’s “Avengers” series. These stories push humanity to the edge, and then we punch back. There is something inspiring about that. There’s something very human in that story of being tested and yet finding a way to overcome.

GAZETTE: Have there been any moments from these narratives that echo what’s happening now with the coronavirus pandemic?

ROBICHAUD: There are a few. I’m thinking about those early moments in HBO’s historical drama “Chernobyl” [which depicts the aftermath of the 1986 nuclear power plant explosion in the former Soviet Union]. It showed the government so clearly not confronting the reality of what happened, and I found myself regularly thinking these past couple of weeks about those early scenes when no one wants to give bad news to their superiors or downplaying the gravity of the situation on the ground. We have not learned any lessons, it seems.

In terms of more fantastical moments and switching to the novel version of “World War Z,” we see different countries handling things differently and sticking to the playbook they are familiar with instead of adapting, and then going to extremes when all else fails. North Korea, for example, went dark, communications-wise, and in the movie version they say the North Korean government removed everyone’s teeth to stop the spread. The important lesson is some countries are willing to go to great lengths to avoid spread, throwing any balance out the window.

Lastly, in “Avengers: Endgame,” there are moments where we see the aftermath of Thanos’ attack, which wiped out half of Earth’s population. We see that people have moved on five years later, but they’re still experiencing loss. You see that particularly in the group therapy session Captain America runs for people trying to still cope. I think that’s going to be something very real for us going forward. We are going to move on, but we’re kidding ourselves if we think we’re just going to be able to sort of shake this off. It’s just not going to work like that. This is a loss. Our way of life will likely change. To put it bluntly, a lot of people are going to be dead, and we’re going to feel that going forward, similar to how we felt in the aftermath of 9/11.