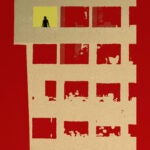 Capping decades of research, a new study may offer a breakthrough in treating dyskeratosis congenita and other so-called telomere diseases, in which cells age prematurely.

Using cells donated by patients with the disease, researchers at the Dana-Farber/Boston Children’s Cancer and Blood Disorders Center identified several small molecules that appear to reverse this cellular aging process. Suneet Agarwal, the study’s senior investigator, hopes at least one of these compounds will advance toward clinical trials. Findings were published Tuesday in the journal Cell Stem Cell.

If so, it could be the first treatment for dyskeratosis congenita, or DC, that could reverse all of the disease’s varying effects on the body. The current treatment, bone marrow transplant, is high-risk, and only helps restore the blood system, whereas DC affects multiple organs.

The compounds identified in the study restore telomeres, protective caps on the tips of our chromosomes that regulate how our cells age. Telomeres consist of repeating sequences of DNA that get shorter each time a cell divides.

The body’s stem cells, which retain their youthful qualities, normally make an enzyme called telomerase that builds telomeres back up again. But when telomeres can’t be maintained, tissues age before their time. A spectrum of diseases can result — not just DC, but also aplastic anemia, liver cirrhosis, and pulmonary fibrosis.

The discovery of telomerase 35 years ago, earning a Nobel Prize in 2009, galvanized the scientific world. Subsequent studies suggested the enzyme could be a key to reversing aging, as well as treating cancer, in which malignant cells become “immortal” and divide indefinitely.

For years, researchers have tried to find a simple and safe way to manipulate telomerase, preserve telomeres, and create cures for telomere diseases.

“Once human telomerase was identified, there were lots of biotech startups, lots of investment,” says Agarwal, who has researched the biology of telomerase for the past decade. “But it didn’t pan out. There are no drugs on the market, and companies have come and gone.”

DC can be caused by mutations in any of multiple genes. Most of these mutations disrupt telomerase formation or function — in particular, by disrupting two molecules called TERT and TERC that join together to form telomerase. TERT is an enzyme made in stem cells, and TERC is a so-called non-coding RNA that acts as a template to create telomeres’ repeating DNA sequences. Both TERT and TERC are affected by a web of other genes that tune telomerase’s action.

One of these genes is PARN. In 2015, Agarwal and colleagues showed in Nature Genetics that PARN is important for processing and stabilizing TERC. Mutations in PARN mean less TERC, less telomerase, and prematurely shortened telomeres.

“We thought if we targeted PAPD5, we could protect TERC and restore the proper balance of telomerase,” says Nagpal, first author on the paper.

Nagpal and her colleagues first conducted large-scale screening studies to identify PAPD5 inhibitors, testing more than 100,000 known chemicals. They got 480 initial “hits,” which they ultimately narrowed to a small handful.

They then tested the inhibitors in stem cells made from the Martins’ cells and those of other patients with DC. To the team’s delight, the compounds boosted TERC levels in the cells and restored telomeres to their normal length.

But the real challenge was to see if the treatment would be safe and specific, affecting only the stem cells bearing TERT. To test this, the team introduced DC-causing PARN mutations into human blood stem cells, transplanted those cells into mice, then treated the mice with oral PAPD5 inhibitors. The compounds boosted TERC and restored telomere length in the transplanted stem cells, with no adverse effect on the mice or on the ability to form different kinds of blood cells.

“This provided the hope that this could become a clinical treatment,” says Nagpal.

In the future, Agarwal, Nagpal, and colleagues hope to validate PAPD5 inhibition for other diseases involving faulty maintenance of telomeres — and perhaps even aging itself. They are most excited about two compounds, known as BCH001 and RG7834 that are under further development.

“We envision these to be a new class of oral medicines that target stem cells throughout the body,” Agarwal says. “We expect restoring telomeres in stem cells will increase tissue regenerative capacity in the blood, lungs, and other organs affected in DC and other diseases.”