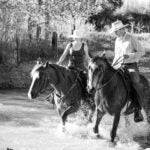 As several states begin piecemeal easing of stay-at-home restrictions, President Trump continues his push for a speedier nationwide opening to revive the battered U.S. economy and head off a possible recession, despite concerns of public health experts and economists and polls indicating that most Americans think it’s too soon.

“There will come a point when it’s right to open up the economy,” said Harvard President Emeritus Lawrence Summers, Ph.D. ’82, the Charles W. Eliot University Professor and a former U.S. Treasury Secretary, during a virtual talk on April 20 for Harvard Business School (HBS) students and alumni. “But no one who sensibly looks at data could possibly believe that that point is this week or next week.”

All agree, however, that the nation’s economy is in significant, and perhaps lasting, peril that will grow more acute the longer businesses remain dormant, as a careening stock market and surging unemployment claims suggest. While major online retailers Amazon and Walmart and streaming services like Netflix have seen gains from the shift in American lifestyle, most businesses have not. Data suggests those segments facing the most immediate threat include restaurants, retail stores, hotels, movie theaters, and small businesses, some of which cannot survive a month or more without revenue. But they’re hardly alone, and even an eventual, safe reopening will bring challenges.

“I think what’s less appreciated is that if we go through a big recession, everybody’s going to be affected,” because investment will be cut and consumer wallets will be lighter. “That hits every line of possible business,” said Robin Greenwood, Ph.D. ’03, George Gund Professor of Finance and Banking, and head of the finance unit at HBS.

Businesses that convene large groups, such as conferences and trade shows, concerts and theatrical performances, professional sports, museums, and theme parks, are the industries Jill Avery, who studies customer relationship management at HBS, said she is most worried about. To survive once the economy resumes, these types of businesses will need to reconsider how customers occupy and flow through their venues in order to maintain safe physical distancing. Even so, she suspects conference planners will likely have to keep events virtual until a vaccine is widely available. But that may not be enough.

“Even after a vaccine, will we be left feeling uneasy when six feet of distance is unable to be obtained between people? Probably. The experiences of previous generations who lived through other crises, such as the Great Depression, show us that consumer behaviors, once changed under times of extreme stress, are often resistant to reverting back to previous behaviors, even when the threat is lifted,” she said in an email.

How quickly and robustly the U.S. economy rebounds will be shaped in large part by emotion.

If most Americans are too afraid, physically or financially, to start shopping, traveling, eating in restaurants, or going out, it could be catastrophic. Consumer spending accounts for more than two-thirds of the nation’s economic activity.

“The economy is powered by spending and if people are not spending, that’s a death spiral,” said Greenwood, who recently launched a website on COVID-19-related business data and research with Alberto F. Cavallo, Edgerley Family Associate Professor of Business Administration at HBS.

“If the lockdown is short, the psychology of it isn’t that bad. In fact, the first thing people want to do is get back outside and get back to the things they were doing before,” he said. “If the lockdown is very long and full of hardship, then we’re in for a very, very tough ride.”

Calming jitters and successfully restarting the U.S. economy will depend on three factors, said Greenwood: how comfortable the public is with being monitored for COVID-19, how effective treatments and efforts to prevent the disease through a vaccine are, and how prevalent the virus is in the population where people are asymptomatic. “If it’s 90 or 95 percent, for example, we may decide we can live with this … we don’t know.”

Even when restrictions are lifted, there still will be challenges. Firms that can and do reopen will face great uncertainty about some fundamental questions: How easy will it be to get materials and supplies? How quickly will sales return? How many employees should they rehire? Moving ahead without that information is financially perilous. Many businesses will proceed anyway, but with great caution.

“Imagine that type of decision proceeding en masse, across the economy, and a little bit of conservatism can have some pretty negative effects,” said Greenwood.

Francesca Gino, Tandon Family Professor of Business Administration at HBS, said she has been “encouraged” so far by the number of businesses that have found ways to retain staff, perhaps in new roles, and that have expanded pay, health, and other benefits to them rather than defaulting to layoffs.

Though she concedes these moves “may not be possible for every business,” Gino said that as companies are “thinking about how to manage the short-term challenges this crisis is creating, leaders should try to keep perspective also on the long-term: How can they reimagine themselves and rethink how they do their work?”

The COVID-19 shutdown has already prompted major changes to workplaces, marketing pitches, and consumer behavior. The abrupt shift to digital tools like Zoom conferencing that enabled remote work and distance learning may linger “if employers continue to see productivity gains from remote workers,” said Avery. A long-term switch could affect a range of businesses, from video-conferencing-related sales and services to commercial office space leasing, office design, and even home office furnishings.

Also, the widespread retreat to the relative safety of home has spurred a major shift in grocery shopping habits. During the crisis, online ordering and delivery have “increased dramatically” over precrisis numbers, when less than 5 percent of food purchases were done via e-commerce, said Avery. There’s also been a surge in comfort-seeking, especially in food choices. Besides baking and soup-making, anxious consumers have turned to pantry items such as canned soups, boxed stuffing and rice mixes, and breakfast cereals, all of which had fallen out of favor in recent years. Many consumers are also returning to brands from childhood that they may not have purchased in years, such as Chef Boyardee, SpaghettiOs, Spam, and Lucky Charms, “to soothe anxiety and to symbolically return them to a less stressful time,” she said.

More broadly, the pandemic could have more significant, lasting effects on the attitudes and behaviors of younger generations, as the Depression Era shortages did on the thrifty Silent Generation. Millennials, known for valuing experiences over goods, may recalibrate that preference as demand for travel and sharing services like Lyft, Uber, and Airbnb decline precipitously, and time at home puts greater focus on products. Generation Z, a demographic highly coveted by marketers, may be less willing to try new products and unfamiliar brands if personal safety and health remain a primary concern. Brand trust is always important to consumers, and it could have significant implications for product innovation and competition if legacy brands that have built up decades of trust enjoy a major advantage.

No matter the industry, the biggest challenge for firms as they reopen will be regaining trust, said Sandra Sucher, Joseph L. Rice III Faculty Fellow and a professor of management practice at HBS.

With safety suddenly a high-value commodity, companies will need to clearly communicate and demonstrate that they have kept their customers, employees, and supply-chain partners safe during the shutdown, as well as what steps they’ve taken to operate safely. They also will be judged by the effect they have on their communities, both intended and unintended, and whether they take responsibility for any harm they may have caused, particularly when it comes to their workers.

Firms that eagerly trumpet how they gave extra vacation pay to furloughed employees won’t earn public trust if they also paid out stock dividends to investors and top executives. And for companies that laid off large numbers of employees, there may be a price to pay. 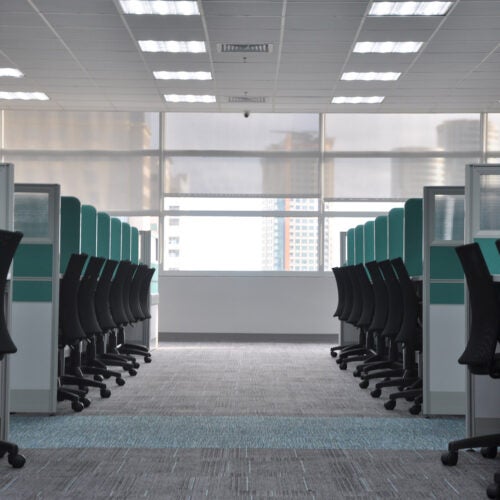 A five-layered defense for workplace reopening

“There is so much research on the negative consequences for companies of layoffs that I continue to be surprised that it is as popular a practice as it is,” said Sucher, of a three-year hangover effect that includes reduced profitability; lost productivity; weakened morale; quality, safety and innovation declines; customer erosion; and difficulty attracting new hires following mass layoffs.

Overall when judging businesses, “People are going to look at the balance that’s being struck between what companies say they’re interested in and what they do,” she said.

With different states on different timelines, Summers predicted an economic reawakening that occurs in fits and starts. “Even if we do it safely … it’s not a steady march from darkness into light. It’s not a steady march uphill. It’s three steps up, one or two steps down, three steps up … And there are going to be moments when we step too far, and we have to then lock things down,” he said. “I think this is going to be a pretty gradual process.”