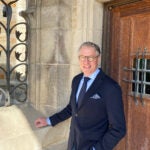 The American Academy of Arts & Sciences was founded in 1780 by John Adams, John Hancock, and others who believed the new republic should honor exceptionally accomplished individuals and engage them in advancing the public good.

Nearly two and a half centuries later, the Academy continues to dedicate itself to recognizing excellence and relying on expertise — both of which seem more important than ever.

Today, the Academy announced its newest members with the election of 276 artists, scholars, scientists, and leaders in the public, non-profit, and private sectors. Current members represent today’s innovative thinkers in every field and profession, including more than 250 Nobel and Pulitzer Prize winners.

“The members of the class of 2020 have excelled in laboratories and lecture halls, they have amazed on concert stages and in surgical suites, and they have led in board rooms and courtrooms,” said Academy President David W. Oxtoby. “With today’s election announcement, these new members are united by a place in history and by an opportunity to shape the future through the Academy’s work to advance the public good.”

New Harvard members of the Academy include:

Jackson Professor of Clinical Medicine at Harvard Medical School, chair of the Department of Medicine, and physician-in-chief of Massachusetts General Hospital

Dean of the Radcliffe Institute for Advanced Study, Daniel P.S. Paul Professor of Constitutional Law at Harvard Law School, and history professor in the Faculty of Arts and Sciences

Director of the F.M. Kirby Neurobiology Center and Neurobiology Program at Boston Children’s Hospital and professor of neurology and neurobiology at Harvard Medical School

The 37 new International Honorary Members from 22 countries include Denis Mukwege, a gynecologist and pastor whose hospital provides surgery, healing, and refuge for thousands of rape victims in the Democratic Republic of the Congo, and Ueno Chizuko, a sociologist, public intellectual, and women’s rights activist in Japan. The Academy’s projects and publications are focused on the arts and humanities, democracy and justice, education, global affairs, and science.

“We congratulate these incoming members of the Academy for excelling in a broad array of fields; we want to celebrate them and learn from them,” said Nancy C. Andrews, chair of the board of directors of the American Academy. “When Academy members come together, bringing their expertise and insights to our work, they help develop new insights and potential solutions for some of the most complex challenges we face.”

The new members join the company of Academy members elected before them, including Benjamin Franklin and Alexander Hamilton in the 18th century; Ralph Waldo Emerson and Maria Mitchell in the 19th; Robert Frost, Martha Graham, Margaret Mead, Milton Friedman, and Martin Luther King Jr. in the 20th; and — in the past two decades — Antonin Scalia, Michael Bloomberg, John Lithgow, Judy Woodruff, and Bryan Stevenson.

Learn more about the mission and members of the American Academy of Arts & Sciences at www.amacad.org.