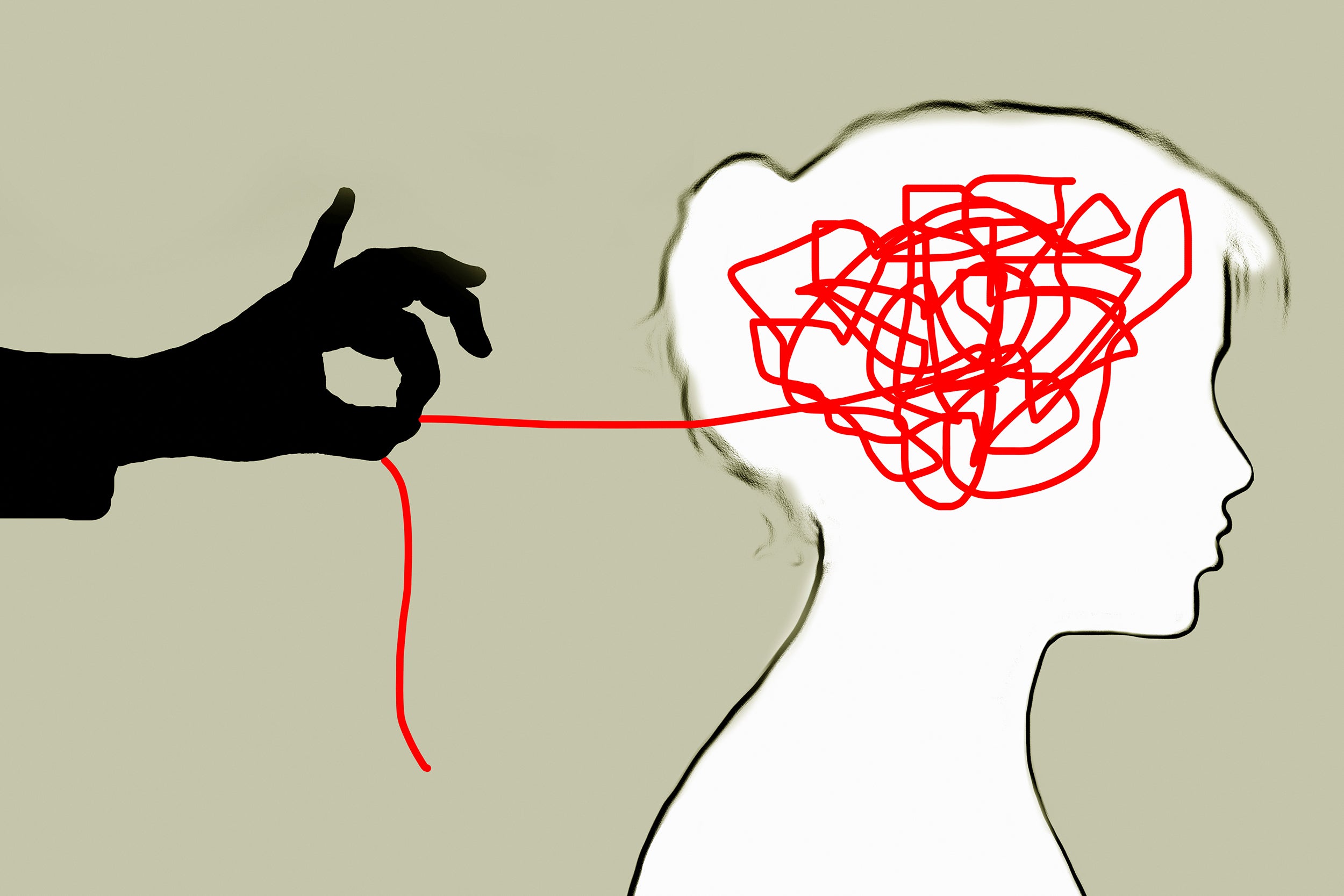 With global coronavirus cases heading toward half a million, Harvard infectious disease experts said recent modeling shows that — absent the development of a vaccine or other intervention — a staggered pattern of social distancing would save more lives than a one-and-done strategy and avoid overwhelming hospitals while allowing immunity to build in the population.

The work, conducted by researchers at the Harvard T.H. Chan School of Public Health and led by Yonatan Grad, the Melvin J. and Geraldine L. Glimcher Assistant Professor of Immunology and Infectious Diseases, and Marc Lipsitch, professor of epidemiology, also shows that if strict social distancing such as that imposed in China — which cuts transmission by 60 percent — is relaxed, it results in epidemic peaks in the fall and winter similar in size and with similar impacts on the health care system as those in an uncontrolled epidemic.

“We looked at how it would affect the thing that matters most — overwhelming the critical-care unit,” Grad said.

The problem, the researchers said, is that while strict social distancing may appear to be the most effective strategy, little population-level immunity is developed to a virus that is very likely to come around again.

The research indicates that one possible method for dealing with the epidemic amid a lack of other effective interventions may be multiple “intermittent” social-distancing periods that ease up when cases fall to a certain level and then are reimposed when they rise past a key threshold. The exact numbers, the work showed, depend on whether COVID-19 is a seasonal ailment like the flu and common cold — also caused by a coronavirus — or whether it is equally transmissible year-round. Depending on seasonality, the models show that social distancing occurring between 25 percent and 75 percent of the time would both build immunity and keep the health care system from overloading. As time passes and more of the population gains immunity, they said, the restrictive episodes could be shorter, with longer intervals between them.

Interventions such as development of a vaccine (12 to 18 months away at best), discovery of a treatment that lessens illness severity, or effective case identification and contact tracing would change the situation. They also modeled what would happen if the U.S. doubled the number of critical-care beds in the hospital system. That increase in capacity to handle the sickest patients would allow social distancing to end in early to mid-2021, with the epidemic here over in 2022. Absent any social distancing, the model predicts the epidemic would be over sometime this fall, but at the cost of an overwhelmed health care system and, presumably, many more deaths. After that, the virus would circulate periodically, similar to cold, flu and other regular contagions.

Grad acknowledged that he didn’t know whether the political will existed for such an on-again, off-again treatment, but Sarah Fortune, chair of the Harvard Chan School’s Department of Immunology and Infectious Diseases, said the research presents what she thinks is the most realistic available strategy. It’s unlikely, she said, that the U.S. will be able to “drive the genie back into the bottle,” as China seems to have, and, since fragile health-care systems cover large parts of the world, the virus will almost certainly have reservoirs from which to reinfect countries.

“The limits of what we can achieve — even locally, in terms of COVID control — is set by the weakest health care systems globally,” said Fortune, speaking on a media conference call Thursday morning.

The research, released this week as an academic preprint and awaiting peer review, came amid warnings that the U.S. health care system may not be robust enough to begin either once-and-for-all easing of social distancing or to start an on-again, off-again regimen. Ashish Jha, director of the Harvard Global Health Institute, said the U.S. health care system has a “steeper hill to climb” than it otherwise would after wasting two months of vital preparation time. He said very aggressive social distancing is needed now to give the system time to catch up to the virus’ current spread. He called for tripling testing, increasing production of protective equipment, and coordinating response nationally.

“The limits of what we can achieve — even locally, in terms of COVID control — is set by the weakest health care systems globally.”
— Sarah Fortune

Jha said it seems clear the epicenter of the pandemic is shifting from Europe to the U.S. Current case numbers here are approaching those of Italy and will likely soon thereafter surpass China’s. U.S. deaths have topped 1,000, while the pandemic’s economic toll was reflected in a record number of Americans — more than 3 million — filing for unemployment benefits last week.

As cases in New York continued to soar, Jha said he was also “deeply concerned” about the rapid growth of the epidemic in New Orleans. Federal leadership, he said, could encourage social distancing nationwide that will dampen the epidemic in places where it’s not yet severe. It could also, together with epidemic modeling, direct scarce resources like ventilators to locations seeing a surge in cases, moving the supply from hotspot to hotspot. He also called for a standard policy concerning what to do when faced with life-saving equipment shortages. Such guidelines would help clinicians faced with the “awful choice” of who should get access to the equipment and who should not.

“This is how we get through this — together. If every state and every community fights to maximize its own ventilators, we’re all going to be in trouble. But if we can work in a coordinated way, we can get through it much easier,” said Jha, speaking during a webcast event sponsored by The Forum at Harvard T.H. Chan School of Public Health and PRI’s “The World.” “It has to ultimately be done by the federal government. … This is why we have a federal government.”

Once the peak passes here, Fortune said, nations with weak health-care infrastructure will still be in the crosshairs, and she’s concerned that an uncontrolled epidemic in these countries will be catastrophic. India, for example, has reported just 700 cases but has done very little testing, she said.

“I do fear, where the health-care system is very fragile, what comes next is the pandemic playing out in a really catastrophic way,” Fortune said.

Chan School session breaks down what it is, what it looks like, and ways to ease it 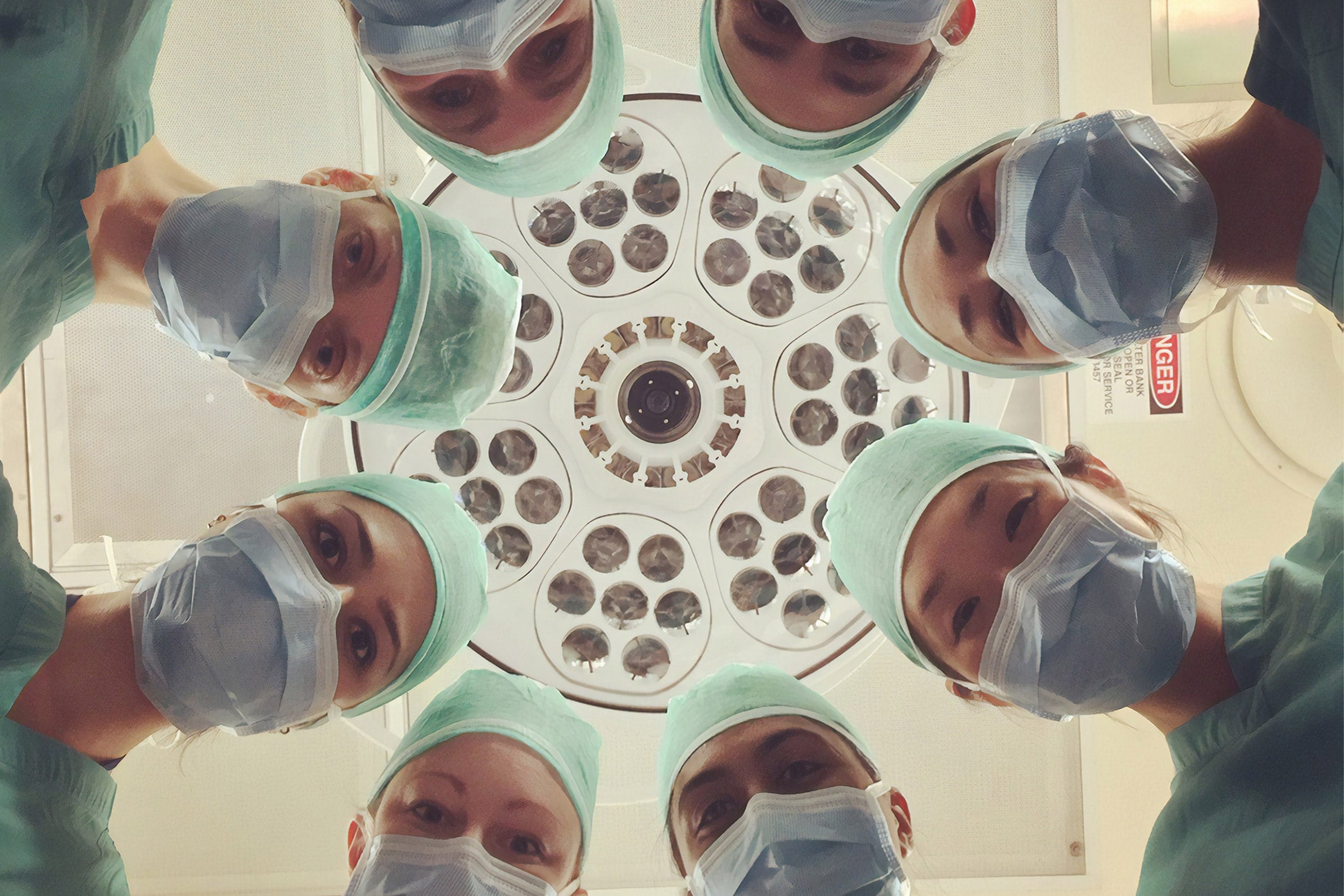 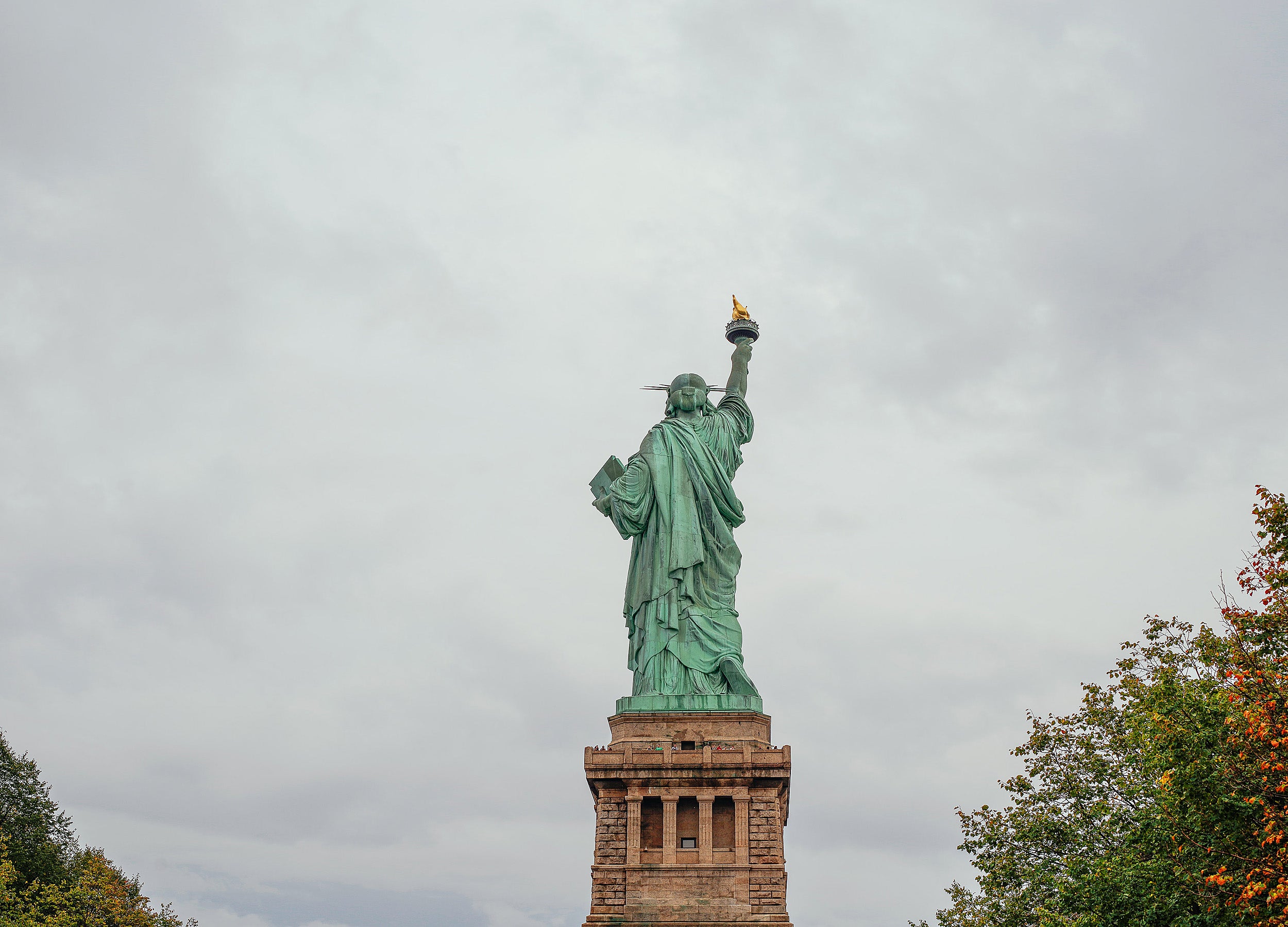 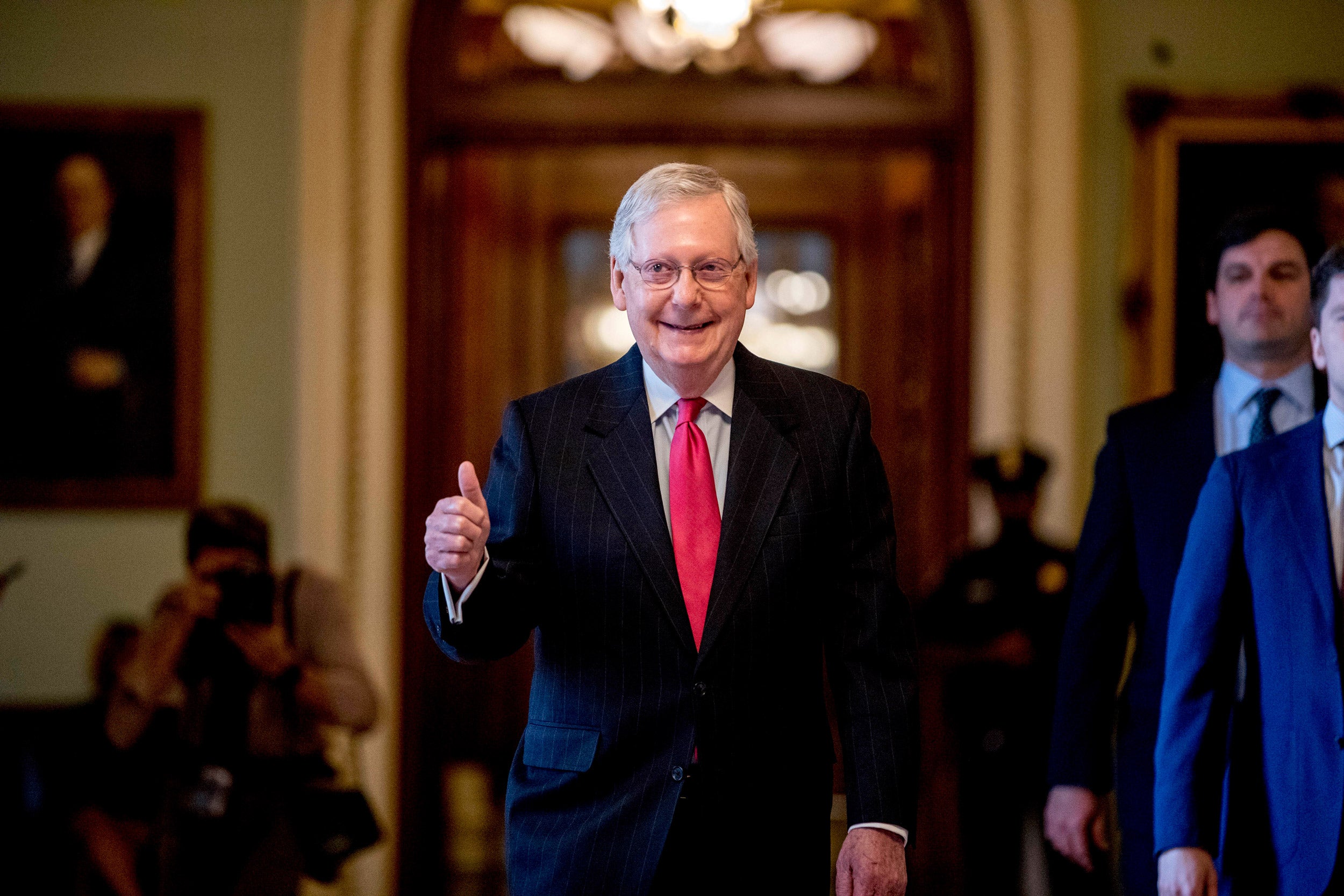