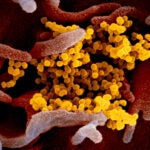 How can we cope personally with the COVID-19 health crisis? How do we explain quarantine to our children? Maintain relationships as we are forced to stay apart? These and other issues will be the topics of weekly online forums hosted by Karestan Koenen, Harvard T.H. Chan School of Public Health professor of Psychiatric Epidemiology, on the cloud-based Zoom meeting app Wednesdays at 11 a.m. starting March 18. (The hourlong forums will also be recorded.)

This new series is open to the public and can be accessed via the Chan School’s website. It grew out of a casual online meetup last week. Originally planned as a discussion among colleagues, it drew an audience so large — and global — that the organizers decided to schedule more forums to address mental health issues related to the outbreak and its impact. The first, which will also feature clinical psychologist and HSPH research associate Archana Basu, will discuss how to talk to children about the pandemic, while later sessions will tackle topics such as staying socially connected while physically separated, recognizing when we may need more assistance, and, ultimately, dealing with bereavement.

The forums, explained Koenen, grew out of an awareness that people needed to talk — to share experiences and address the emotional as well as physical health issues of this crisis.

“It made me realize that there was a real void in terms of talking about the emotional effect of what is going on. It’s obviously causing a lot of anxiety and emotional reactions.”
— Karestan Koenen, professor of psychiatric epidemiology

“I had a master’s student, a psychiatrist from China, in my office in tears talking about what his colleagues in China were dealing with,” said Koenen. Her student was experiencing “almost a post-traumatic stress reaction,” she said, as he spoke about “dealing with people being sick and issues around bereavement, such as people dying and not getting to say goodbye to their loved ones.”

To get a handle on such issues, Koenen, who researches trauma and post-traumatic stress disorders, emailed students and colleagues to ask whether they wanted to talk about emotional and mental health challenges. That email ended up going around, first to the entire School and then to area hospitals. “We had a hundred people calling in,” she said. “It made me realize that there was a real void in terms of talking about the emotional effect of what is going on. It’s obviously causing a lot of anxiety and emotional reactions.”

The decision was quickly made to launch the sessions, and four are currently planned. Because questions about communicating the current situation to children came up the most, “we decided to start with that,” she said.

“What might be helpful for a 4- or 5-year-old is very different from what might work for a 12-year-old.” Those distinctions strike close to home, Koenen said: Basu has a 3-year-old son, while Koenen’s is 12. “We’re talking about how different the issues are.”

The March 18 forum will be followed a week later by a discussion of coping options, focusing on preventive strategies to manage stress and build up resilience. Some of that, Koenen said, will involve encouraging participants to remain open to a range of answers. “A friend of mine who’s a yoga teacher practiced doing a live class on Zoom,” she said. “It felt more connected than doing a podcast.” 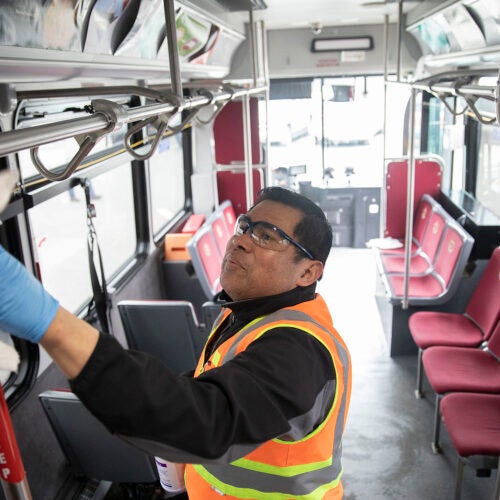 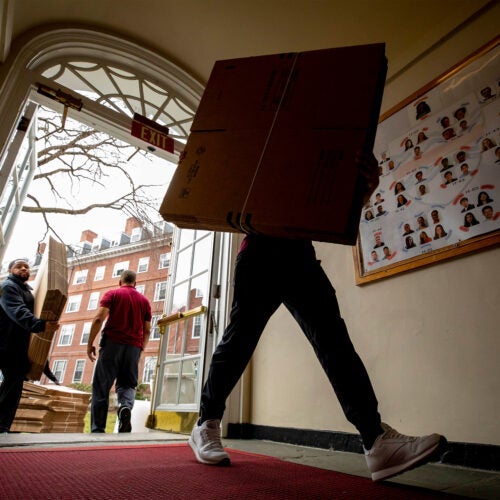 Information aims to give students, professors, and staff a hand with moving, remote learning, meetings, travel, financial aid, and other issues 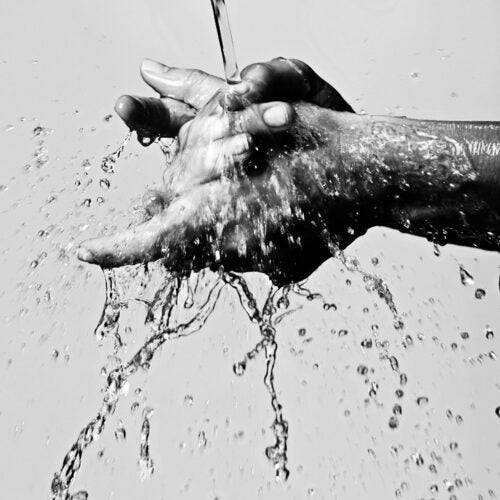 Much of it follows traditional cold-season admonitions, but some is more specific

As this crisis continues, she noted, “Some people may be dealing with more significant clinical distress.” The April 1 session, therefore, will discuss how to know “if you need more help.” For April 8, she is developing a forum on bereavement, while down the line she hopes to launch a separate series that will be targeted specifically to the needs of students.

To maximize community involvement, the forums will allow viewers to post questions via Zoom’s chat feature; the questions will be read aloud. The site offers the option of viewing the discussion or simply listening. For more information, please click here.