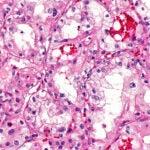 The rapid development of China’s coronavirus crisis coincided with the annual idling of much of the country’s economic activity due to the Lunar New Year break, which typically runs for a week or two. Global economists have been watching the post-holiday economic restart closely. Delayed a week to allow public health officials to get a better handle on the contagion, experts are looking for clues about the extent to which one of the world’s largest economies is coming back to life amid widespread coronavirus concerns. The Gazette spoke with Harvard Business School’s Willy Shih, an expert on Asian industrial competitiveness and the Robert and Jane Cizik Professor of Management Practice.

GAZETTE: Do you have a sense of whether this will be the biggest event affecting the global economy in 2020?

SHIH: I think so. I don’t think people have fully appreciated what the impact is going to be because it occurred during the Lunar New Year break, and many companies that have supply chains or rely on products coming out of China had already planned for the disruption. They already had some inventory on hand and knew there was going to be a break in production. It happens every year. A lot of Chinese companies were supposed to start reopening yesterday, and what I’m hearing from numerous sources is that it’s spotty.

GAZETTE: Why is that, because of virus fears?

SHIH: A lot of workers come from inland provinces, that’s the whole Chinese manufacturing model. Can they get back? With all the transport shut down, it’s really hard, especially the lower-cost, long-distance buses. High-speed rail is too expensive for many workers. So that — and cities basically imposing quarantines — makes it very hard for them to get back to work. Then, if you look at the Chinese manufacturing model, they have a lot of semi-skilled labor that they can throw onto assembly lines for products where you have manual assembly. You have buildings with maybe 10,000 people in fairly close quarters working on assembly of physically small products. If you’re assembling a smartphone, you’ll have workers organized into assembly cells — maybe 15 people, maybe 30 — and they’re passing these products along as they each do one stage of the assembly process. You can imagine being a factory manager: “I have all these people working in close quarters. I don’t have enough test kits. I don’t have enough masks. I don’t have enough protective garments. If one of them gets sick, and I have contagion in the factory, how am I going to quarantine them?” You can imagine that a lot of people are being very cautious about restarting production.

GAZETTE: Has the Chinese government weighed in one way or another on whether to restart manufacturing?

SHIH: Some regional governments and some people in Beijing have said, “Hey, be conscious of the economic impact. We need to get life back to normal.” But if you think about Hubei province, where Wuhan is located, it’s still locked down, and my question is: How many of these factories have people who went home to Hubei province? I think it’s a lot, so factories are going to be short-handed. Will that impact production? Absolutely. I recently took a class to China, and we visited one of the huge container terminals in Shenzhen, Yantian International Container Terminal. They are a primary export port for the Pearl River delta. Eastbound trans-Pacific and westbound traffic going to Europe via Suez and the Straits of Malacca primarily goes out of there. And there was almost no traffic there this morning [Tuesday]. When we were there, they said they handled 20,000 trucks a day. I think people are going to start to realize it when the merchandise shipments that they were expecting or the parts or components that they were expecting don’t come through.

GAZETTE: It seems clear that this is going to impact the Chinese economy and their projections of annual growth are pretty much out the window now, but what are the ways in which this will trickle out to the global economy?

SHIH: The supply chain in finished products as well as components will be impacted. China is such a force in the global economy. There are some things that are only made in China these days, and not just the usual electronics and toys — consumer products — it’s active pharmaceutical ingredients that go into pharmaceutical supply chains worldwide. If you look at travel, a number of airlines have shut down all flights. I don’t know if it is because of risk of contamination or that demand fell off. There was a piece in Aviation Week last week that tallied the number of carriers that have canceled all flights through March — not just through February. A lot of that is for lack of demand, both business travel and tourism travel. There was also a report out of France that I saw about how the number of Chinese tourists shopping for luxury goods in Paris has fallen off a cliff. Chinese outbound tourism is a major factor in Europe and Singapore, in Macau, and the U.S. These things are just kind of trickling out, and people are just beginning to realize it. I’m surprised people haven’t stood back and looked at the bigger picture yet and said, “Oh, this is going to have a much bigger impact.”

GAZETTE: What about American business sales in China versus American companies running factories there to make things to sell elsewhere?

SHIH: We’ve seen what’s happened with Starbucks [which closed more than half its 4,300 stores in China]. Disney has closed both the Shanghai Disney park and the Hong Kong park. China is the second largest motion picture market in the world, and all the theaters have been closed because they don’t want people in large public gatherings. So there’s an impact on Hollywood studios who rely on that for a significant part of their income now.

GAZETTE: How long until this is felt broadly in the U.S. economy?

SHIH: It was reported in the Nikkei Asian Review yesterday that Foxconn could not reopen its Longhua complex. Foxconn is a supplier to Apple, so I think supplies are going to be tight for things like phones, not only iPhones, but Android phones. Over the last year, there has been some movement to diversify supply chains out of China, but there’s still a lot of notebook computers and TVs — the Chinese are now the dominant manufacturers of the flat panels used for those displays — made there. There are a significant number of factories in Wuhan. There are also always some surprises. If you go back and look at the Tohoku earthquake and tsunami that hit Japan in 2011, there were surprises because people didn’t know that they had a supplier to a supplier to a supplier — a third- or fourth-tier supplier — who was impacted. I think we’re going to see the direct impact of primary suppliers who are unable to fill orders in the short term and then we’ll also see secondary effects because somebody in the supply chain somewhere couldn’t make a delivery. There’s also been a lot of discussion about the U.S.-China trade deal and China’s commitment to import American products. Well, China can easily declare force majeure here. They have no ability to absorb that level of imports.

GAZETTE: Are there any potential counterbalancing forces? Projections show oil prices going down.

SHIH: I’m not the expert in that area, but every time I go to Beijing or Shanghai, there’s traffic all over the place and now nobody’s driving around. That’s probably a fairly temporary supply/demand imbalance. There’s less consumption of jet fuel and so on. Those things will come back to normal once we get past this. One of the problems is how are you going to make up lost production. Once things start to go back to normal, we’re probably going to see a lot of overtime. But right now the uncertainty is probably driving people crazy.