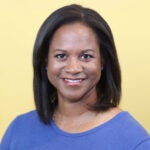 Martin “Marty” Baron, widely regarded as one of the leading newspaper editors of his era, will be the principal speaker at the Afternoon Program of Harvard’s 369th Commencement on May 28.

“Marty Baron has led some of our nation’s most respected newspapers through a transformative time for American journalism,” said Harvard President Larry Bacow. “His distinguished career bespeaks a deep commitment to the pursuit of truth and to the vital role of a free press in a democratic society. We look forward to welcoming him here on Commencement Day.”

Baron is executive editor of The Washington Post, managing its news operations and a staff of more than 850 journalists. During his 44-year career, he has led three of the nation’s most influential newspapers, held top posts in two others, and shepherded his news staffs to 16 Pulitzer Prizes.

A strong advocate for the vital role of newspapers in holding powerful institutions accountable, Baron was awarded the 2019 Goldsmith Career Award for Excellence in Journalism by the Shorenstein Center on Media, Politics and Public Policy at Harvard Kennedy School. Accepting that award, Baron highlighted the role of reporters as “activists only in service of finding out the facts, and finding out the truth.”

In 2019, he guided The Post in publishing The Afghanistan Papers, a trove of previously undisclosed information and insights regarding the trajectory and execution of America’s longest war. And in 2014, he oversaw groundbreaking reporting that uncovered large-scale surveillance of civilians by the National Security Agency. Since 2013, when Baron began leading the Post’s newsroom, the organization has won nine Pulitzers.

Baron was editor of The Boston Globe for 11 years, during which it won six Pulitzers, for public service, explanatory journalism, national reporting, and criticism. Most notably, the Globe won the Pulitzer Prize for Public Service in 2003 for its wide-ranging investigation into the Catholic Church’s pattern of concealing sex abuse by clergy. The investigation and its impact were portrayed in the Academy Award-winning movie “Spotlight.”

Before joining the Globe, Baron held senior editing positions at The New York Times, The Los Angeles Times, and The Miami Herald. Under his leadership as executive editor, the Herald won the Pulitzer Prize for Breaking News Coverage in 2001 for its reporting on the raid to recover Elián González, the Cuban boy at the center of a fierce immigration and custody dispute. Baron began his journalism career at the Herald in 1976 as a reporter.

As principal speaker at the Afternoon Program, Baron will address the annual meeting of the Harvard Alumni Association, held in Harvard Yard’s Tercentenary Theatre between Widener Library and the Memorial Church. He also will be awarded an honorary degree.

“For decades, Marty Baron has pursued truth and tirelessly championed the role of journalism in enabling healthy democracy and fact-based discourse and debate on critical issues around the world,” said Alice Hill, president of the  Alumni Association. “A bold and decisive leader in his field, Marty’s distinguished career has been marked by determination, integrity, and a willingness to listen to the powerless and too-often voiceless. He will both inspire and engage our graduating students, Harvard alumni, and our entire community.”

Born in 1954, Baron was raised in Tampa, Fla. He graduated from Lehigh University in 1976 with B.A. and M.B.A. degrees. His career awards and honors include National Press Foundation Editor of the Year, 2004; inductee, American Academy of Arts and Sciences, 2012; award for public leadership, University of Pennsylvania’s Fels Institute of Government, 2016; Carr Van Anda Award for Excellence in Journalism, E.W. Scripps School of Journalism, 2016; Benton Medal for Distinguished Public Service, University of Chicago, 2018; and First Amendment Award, Ford Hall Forum at Suffolk University, 2019.