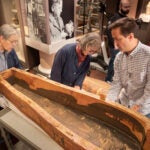 Call it a 17th-century portraiture whodunit.

It began in 2018 almost by chance, when a curatorial fellow spied the work in the Harvard Art Museums’ storage area and took a closer look.

The roughly 4-foot-wide by 7-foot-tall painting was of King Philip III of Spain, who ruled from 1598 to 1621. Experts recognized it as the type of piece that would have been sent to family reigning abroad, and distributed to foreign imperial households around Europe. Shipping lavish portraits of royals young and old to far-flung places was routine at the time, allowing relatives separated by thousands of miles to keep tabs on each other, and signaling to other power-hungry rulers and distant members of the Spanish kingdom that a particular monarch was still alive and well.

“This was a common practice, particularly for courts like the one in Spain that had a large international reach,” said Cassandra Albinson, the museums’ Margaret S. Winthrop Curator of European Art, who noted that the size of such works carried special meaning. “One idea behind these royal Renaissance paintings is that to see the body of the king was to be in the king’s physical presence, so it was important that these images were life-sized, showing the whole body from head to toe.”

In the months since the portrait was found, conservators and curators at the Harvard Art Museums have been restoring and researching the portrait to more firmly attribute the unsigned piece to the great Spanish royal portrait painter Juan Pantoja de la Cruz. It was donated to Harvard in 1922 by former art Professor Denman Waldo Ross, 1875, Ph.D. 1881.

Thus far, the sleuthing by the Harvard team has involved a technical analysis of the painting’s original frame, strainer, hardware, canvas, and pigments; x-ray and infrared reflectography imaging; a trip to Spain to investigate and compare Harvard’s piece to similar works at the Prado Museum, El Escorial, and a private foundation; as well as a visit to the Spanish royal armory to examine what is thought to be the actual suit of armor worn by the king in the painting.

Albinson, who is researching the painting with the help of the curator of the collection and curatorial fellows past and present, thinks the portrait may have been sent to Italy, where it could have hung in a prominent public or royal space. Seventeenth-century Spain ruled over a sprawling European empire, which included territories in both the Netherlands and Italy. Unable to be everywhere at once, the monarch used art to establish his personal presence in these outposts of Spanish power. “These portraits were a way of making a dynastic connection and marking an important political space with the stamp of the Spanish crown,” said Albinson.

“We’ve determined that Harvard has the lost piece of a set of portraits painted by Pantoja in 1605, and in terms of quality and conservation, it’s the best of the series.”
— Cristina Morilla

From their efforts, the Harvard team, with help from an art expert in Spain, has determined the piece is from 1605 and one of a series of four identical portraits of the Spanish ruler. Their findings, said associate paintings conservator Cristina Morilla, suggest the works were created all at once.

“We’ve determined that Harvard has the lost piece of a set of portraits painted by Pantoja in 1605, and in terms of quality and conservation, it’s the best of the series,” said Morilla, who is a native of Spain. “Our research also challenges current ideas of original and copy by showing that all four paintings were produced simultaneously for diplomatic purposes, bringing the exact image of the king across his trans-Atlantic empire.”

To help test their theory Morilla employed a practice similar to one used by Pantoja and the workers in his studio. To ensure paintings were identical, 17th-century artists would trace the image from one work onto a piece of canvas covered with gypsum, a powdery substance that left an outline on the new fabric. With a guide for their brushstrokes in place, the artists could then fill in the image and the background of the new work with paint. (An examination of a tiny chip of paint from the Harvard portrait under a high-powered microscope revealed tiny amounts of gypsum, suggesting the work had indeed been traced more than 400 years ago.)

Before traveling to Spain with her colleague Narayan Khandekar, director of the Straus Center for Conservation and Technical Studies, Morilla traced the image of the king onto a piece of transparent mylar. In Madrid she carefully laid her sketch onto the painting of the king in the Prado, and later onto the two other works. They were a perfect match. A comparison of the handiwork on the Harvard and Prado paintings offered further proof that the works had been created together.

What we found when we looked at the x-rays of the work in the Prado was that the brushstrokes in the face of the figure were almost identical between our version and theirs,” said Khandekar. “That handling of paint, which is the most important part of any portrait, really tells us that there is a strong connection between the portrait that is in the royal collection and ours and that they are done by the same hand.”

The reign of Philip, who died at the age of 42, included an important truce with England that ended the 19-year Anglo-Spanish War. The king’s pose in the Harvard portrait calls to mind that détente. “There is no reason for him to point any more to the battlefield, as had been depicted in earlier works,” said Morilla, who noted the Harvard painting was completed not long after the signing of the Treaty of London in 1604 that restored the status quo. “Instead, he rests his hand on his sword, saying, ‘Here I am. I signed this treaty, but be careful.’”

In addition to her detective work, Morilla stabilized the paint on the portrait by applying a thin layer of glue that seeped through the thin cracks in its surface and settled in the canvas below. She also cleaned portions of the work, and delicately retouched any chipped or flaking paint. Her restoration brushstrokes won’t stand out to the naked eye, she said, but a trained expert will have no trouble spotting them. “We want to be sure that future conservators will be able to see what was done as an intervention,” said Morilla.

Morilla likened working on the painting to hitting the fine-arts jackpot. “What else can you ask for,” she said, recalling how she studied the reign of King Philip III in school. “Now, I get to conserve a part of my history.”

“It’s just amazing that something like this could travel through time,” he said. “It’s been here for 100 years. No one really knew what it was. It had been kind of lost, and then we found it again. And it’s not just a find; it’s a really major discovery.” 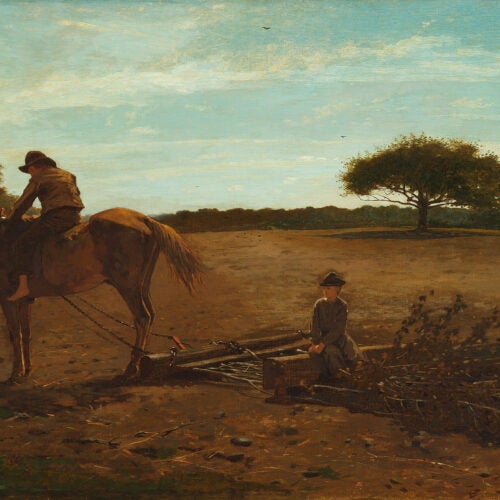 The artist as witness 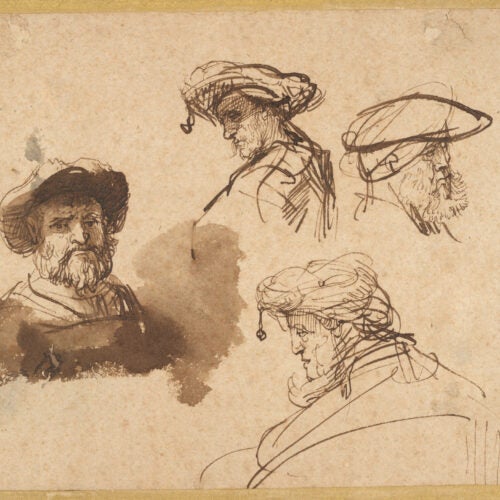