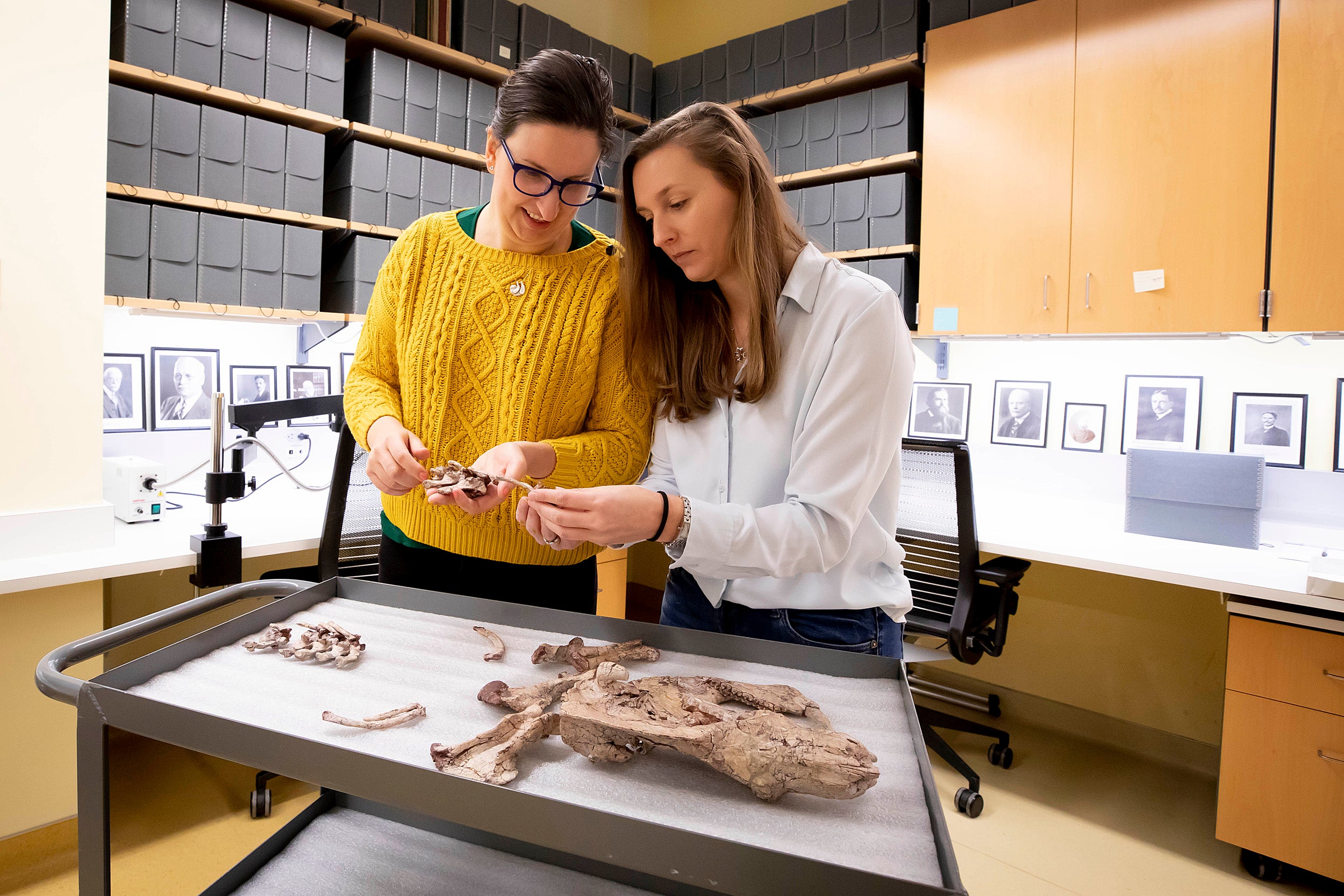 Robert Brucker grew up in rural Ohio, where farmers depend on herbicides to protect crops. Now in his lab in the Microbial Sciences Initiative at the Rowland Institute of Harvard, he studies how agrochemicals affect insects over multiple generations.

“It’s important to recognize that the pesticides and herbicides we use are essential for our food security, and that following best practice in pest management is an essential part of life,” said Brucker, who is a Rowland fellow. “But now that we’re starting to understand the role of microbes in health, it’s time to look carefully at the impact these compounds have not only on cytotoxicity, but also on the microbiomes of pollinators and even ourselves.”

In his latest study, published in Cell Host & Microbe, Brucker investigated the effects of atrazine, a common herbicide with comparatively low toxicity, on the microbes living in the guts of wasps. The study demonstrates that resistance to multiple pesticides can arise in a population exposed to low concentrations of atrazine, that the microbiome facilitates this resistance, and that it provides resistance against other pesticides to which the host animal has never been exposed.

The discovery has important implications for the way the biological risks of agrochemicals are assessed.

All animals have gut microbes that aid digestion and affect many other functions, including immunity and energy production. But experimental evolution studies into the impact of xenobiotics like atrazine on gut microbiomes is new. Brucker and his team focused on the gut of Nasonia vitripennis, a wasp commonly used as a model species for studying bees and other insects.

“We chose atrazine because it’s widely used for corn crops, and is considered to be safe to most animals: Up to 3 [parts per billion, or ppb] is allowable in drinking water. One of the first things we did was evaluate whether it was even toxic to our wasps — we had no reason to think it would be” at lower doses, said Brucker.

The team exposed the insects to the same concentration of atrazine encountered by pollinators in newly sprayed agricultural fields and streams (300 ppb). That exposure changed the wasp’s microbiome diversity, causing a shift in bacterial populations that persisted across successive generations — even in offspring that were not exposed to atrazine.

“The big surprise was that one exposure, even at a nontoxic level, was enough to cause a heritable change in the microbial community,” said Brucker.

The atrazine-exposed wasps also had an increased tolerance of the herbicide glyphosate, even though they had never been exposed to the compound. Brucker and his colleagues found that even after the risk of exposure had been removed, the change to the wasp microbiome persisted across generations, with unexpected consequences on the insect’s ability to break down herbicides and pesticides.

“Pesticide resistance is something that agriculture scientists are continually looking to avoid, so this finding is important,” Brucker pointed out. “When the wasps were only exposed to only 30 ppb of atrazine, the effect over 36 generations was increased resistance.”

After discovering that a single exposure of a xenobiotic can have lasting changes on the wasps’ microbiomes, the researchers screened a population of wild honeybees. Wild bees and other pollinators have been at risk of exposure to atrazine since the 1950s.

“I collected honeybees from my family’s farm in Ohio, where following all of our best practices for pest management has been helpful in keeping our family together,” said Brucker. “Like most corn fields, the area had been sprayed with atrazine. The bees’ microbiomes had bacterial genes that could degrade atrazine, and likely other xenobiotics — and those genes were nearly identical to what we observed in our laboratory wasps.”

The genes could only be from the bees’ gut bacteria, as honeybee genomes do not have atrazine-metabolizing genes.

It’s not clear whether the changes brought on by exposure have negative consequences for pollinators and people. What’s important, Brucker says, is that the repercussions of repeated exposure across generations on microbiome health are unknown. They could well involve host behavior, metabolic stress, immunocompetence, and host-microbiota regulation. So while the microbiome is not yet considered in standardized risk assessments, that could change.

“Everyone feels strongly about protecting our pollinator species, so we may need to be mindful of our uses of xenobiotics in crop management,” said Brucker. “We need to understand multigenerational exposure better, and make host–microbiome interaction part of biorisk assessment in the future, especially in light of increasing xenobiotic exposure to humans, plants, animals, fungi, and bacteria across the globe.”

There are a few years of experimental work ahead for Brucker and his team before they will have specific recommendations for incorporating microbiome studies into biorisk assessments. Another direction for the researchers is to use their new understanding of gut bacteria in Nasonia to develop probiotics for honeybees that aim to reduce multi-pesticide exposure risk.