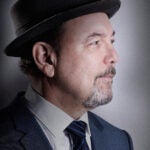 Alumni to vote for Overseers and HAA elected directors in spring

Once again this spring, Harvard degree holders will have the opportunity to vote for new members of the Harvard Board of Overseers and elected directors of the Harvard Alumni Association (HAA).

The elections will begin on April 1. As in 2019, eligible voters will have the option of voting either by traditional paper ballot or online. Completed ballots must be received by 5 p.m. (EDT) on May 19. All holders of Harvard degrees, except officers of instruction and government at Harvard and members of the Harvard Corporation, are entitled to vote for Overseer candidates. All Harvard degree holders may vote for HAA elected directors.

The candidates listed below will be considered by voters for five anticipated vacancies on the Board of Overseers, and for six openings among the HAA elected directors.

Eight of the candidates for Overseer, and all nine of the candidates for HAA elected director, have emerged from this fall’s deliberations of the HAA nominating committee. The committee’s voting members include three current or recent Overseers as well as 10 Harvard alumni of varied backgrounds and experience who are appointed by the HAA executive committee. Through its deliberations extending over the fall, the nominating committee reviewed approximately 300 individuals proposed for inclusion on the Overseers ballot and approximately 200 individuals proposed for inclusion on the ballot for HAA elected directors.

Candidates for Overseer may also be nominated by petition. This year, five candidates, listed below,  qualified for the ballot through this process by obtaining a required number of signatures from eligible voters.

The Board of Overseers is one of Harvard’s two governing boards, the other being the President and Fellows, also known as the Corporation. Drawing on the diverse experience and expertise of its members, the Board of Overseers exerts broad influence over the University’s strategic directions, provides essential counsel to the University’s leadership on priorities and plans, and has the power of consent to certain actions, such as the election of Corporation members. As a central part of its responsibilities, the Board directs the visitation process, the principal means for external review of the quality and direction of Harvard’s Schools and departments. The current membership of the board is listed here.

The candidates’ names appear below in ballot order, as determined by lot.

The HAA nominating committee has proposed the following Overseer candidates for the 2020 election.

Both Diego Rodriguez (since 2018) and Ryan Wise (since 2019) are current members of the Board of Overseers, completing unexpired terms of Overseers who concluded their service early.

The following candidates for Overseer were nominated by petition.

The HAA Board of Directors is an advisory board that actively works to support Harvard alumni volunteers working on behalf of the HAA. The main work of the board focuses on developing volunteer leadership and increasing and deepening alumni engagement through an array of programs that support alumni communities worldwide. In recent years, the board’s priorities have been strengthening outreach to recent graduates; connection to graduate school students and alumni; public and community service; and alumni access to intellectual content.

The HAA nominating committee has proposed the following HAA elected director candidates for the 2020 election.