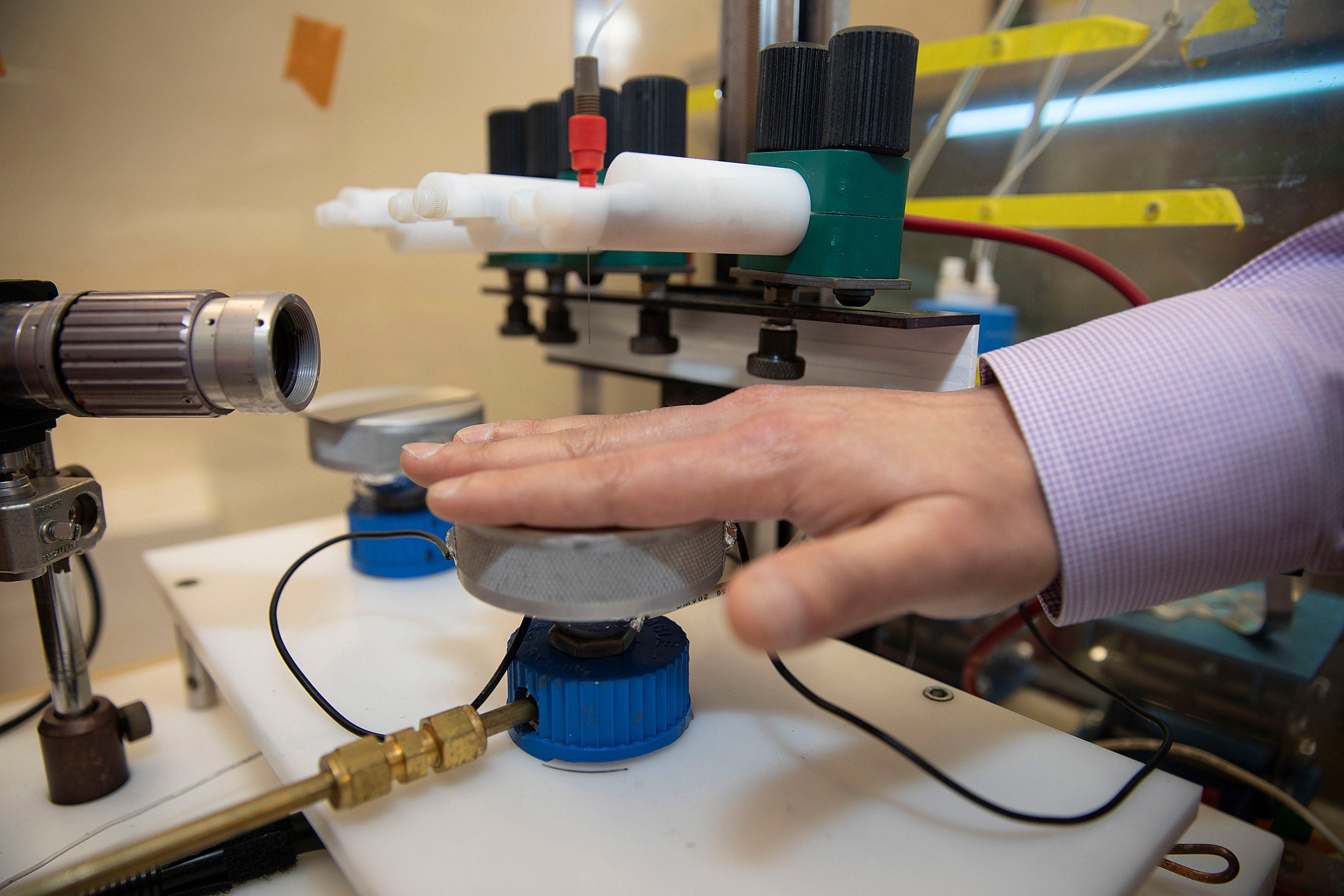 Disinfecting your hands with ‘magic’

Cases of the new coronavirus that originated in the Chinese city of Wuhan have expanded into the thousands, with more than 170 deaths. The virus’ spread elsewhere — including the U.S., which has at least six confirmed cases, the last one marking the first time the illness was spread from one person to another here — contributed to the World Health Organization’s decision to declare the outbreak a public health emergency. The Gazette spoke to Professor of Epidemiology Marc Lipsitch, director of the Harvard T.H. Chan School of Public Health’s Center for Communicable Disease Dynamics and an expert on the spread of infectious diseases, including his work during the SARS coronavirus outbreak in 2003.

GAZETTE: The Centers for Disease Control and Prevention has identified a handful of coronavirus cases in the nation and is investigating others. How worried should residents be?

LIPSITCH:  At this point, worry won’t accomplish anything and doesn’t help. It is reasonably likely that there will be more cases in the United States, but whether that means double digits or many more still remains to be seen.  I do think it may be more challenging to control than SARS, because it seems that a lot of cases are relatively mild, which makes them harder to identify.

GAZETTE: It’s a coronavirus, which includes not only SARS but things like the common cold. Does this mean, when the symptoms are mild, that it’s easy to get it mixed up with something like a cold or the flu?

LIPSITCH: It seems that way. Some of the symptoms are more severe than colds or than typical flu, but not everybody has a severe infection. So the milder infections can certainly be missed.

GAZETTE: One thing that struck me watching this unfold is the rapid expansion in China. Is that because it’s more infectious than we had thought, or is it because now that we’re looking for it all these mild cases are turning up?

LIPSITCH: I think it’s a mix of things. I think responsible people weren’t saying how infectious it was until recently. The most optimistic scenario — that it’s acquired from animals and then transmitted among humans only very modestly — is no longer credible.  Each day it seems clearer that transmission is relatively common — estimates are converging around something similar to SARS. Reporting has been very irregular, so the big jumps in case numbers don’t necessarily mean new cases, just newly reported cases. We should remember that it’s only been about a month since the problem was recognized. The fact that we’re able to test and confirm cases of a completely unknown virus is amazing and a testament to very, very good biological work being done very quickly.

So it’s quite extraordinary that we know as much as we do, but we still don’t know that much. By comparison, however, SARS broke out in November of 2002, and it didn’t come to global attention until February [2003]. So this epidemic may have started that same time in 2019 and came to light within a month or two of its start date.

GAZETTE: How big a difference does that time make, as far as the number of cases you have to deal with?

LIPSITCH: It’s much better. People are still trying to figure out the doubling time of the epidemic. Because right now, what we’re seeing is doublings of cases, sometimes even in one day, but that’s because people are getting tested, not because new cases are appearing. But whatever the doubling time is, a month is probably at least enough time for it to grow four- to 10-fold, if not more. A month is a lot of time in an epidemic.

GAZETTE: How does this virus compare to SARS as far as its death rate?

LIPSITCH: We don’t know. Of the diagnosed cases of SARS, about 10 percent of them died. By comparison, seasonal flu is about a tenth of a percent or lower. This one, we don’t know either the numerator or the denominator for that calculation. Not enough cases have been diagnosed to know how many people have been infected even to an order of magnitude. There were probably some deaths that weren’t attributed to this virus. Maybe not that many, but some, especially in places that weren’t looking for them at the time. So I think we just don’t know. It doesn’t look like it’s as bad as SARS, which is very good from one perspective, but it also means that it may be more challenging to control if the overall spectrum of illness is milder, because it’s harder to recognize and isolate cases.

“As far as concrete actions, there’s very little anyone can do except practice basic hygiene — hand washing, cough and sneeze etiquette, as they call it — into your elbow to avoid aerosolizing your viruses.”

GAZETTE: Is our health care system better able to deal with this than it was in the early 2000s with SARS?

LIPSITCH: I think the global epidemic response is tremendously better. It was recognized much more quickly. It was identified as this particular virus much more quickly; diagnostic tests have been faster. By comparison, we’re still in the time period where SARS hadn’t been recognized, and we now have diagnostics and the beginning of case counting. We even have people working on vaccine development, which is just extraordinarily fast. So that’s all very good. The American health care system, I think, has many of the same problems it had 10 years ago, and those haven’t changed. But the global medical research and response system is way better. 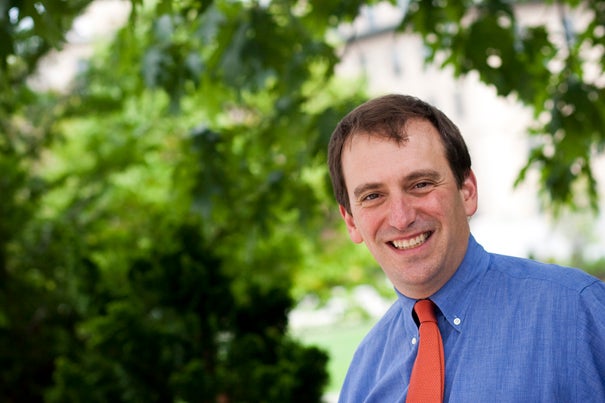 Lipsitch catches the flu in action

GAZETTE: How about the Chinese health care system? Do you feel that they can handle this?

LIPSITCH: I think the Chinese system is mobilizing very quickly. They’ve done much of the important science on it. And one of the world’s best epidemiology groups is in Hong Kong. They cut their teeth on SARS and are now very avidly working on this. So there are lots of good efforts going, but I think it’s too early to tell whether it’s going to be SARS-like or milder or far more sustained.

GAZETTE: What is the most important thing for the public to know at this stage?

LIPSITCH: There’s a lot of uncertainty at this moment. People should keep listening to the reports to understand better what the implications are. As far as concrete actions, there’s very little anyone can do except practice basic hygiene — hand washing, cough and sneeze etiquette, as they call it — into your elbow to avoid aerosolizing your viruses.

GAZETTE: As far as symptoms, what should people look out for? Fevers, that kind of thing?

LIPSITCH: Fevers and coughs. Of course, those are also the symptoms of flu and other things.

Join Elana Gordon from The World and Michael Mina from the Harvard T.H. Chan School of Public Health during a live Facebook chat about the outbreak on Feb. 3 at 11:30 a.m.