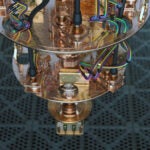 Our ability to recognize faces is a complex interplay of environment, neurobiology, and contextual cues. Now a study from Harvard Medical School suggests that country-to-country variations in sociocultural dynamics — notably the degree of gender equality in each — can yield marked differences in men’s and women’s ability to recognize famous faces.

The findings, published Nov. 29 in Scientific Reports, reveal that men living in countries with high gender equality — Scandinavian and certain Northern European nations — accurately identify the faces of female celebrities nearly as well as women. Men living in countries with lower gender equality, such as India or Pakistan, fare worse than both their Scandinavian peers and women in their own country on the same task. U.S. males, the study found, fall somewhere in between, a finding that aligns closely with America’s mid-range score on the United Nations’ Gender Inequality Index.

The results are based on scores from web-based facial recognition tests of nearly 3,000 participants from the U.S. and eight other countries, and suggest that sociocultural factors can shape the ability to discern individual characteristics over broad categories. They suggest that men living in countries with low gender equality are prone to cognitive “lumping” that obscures individual differences when it comes to recognizing female faces.

“Our study suggests that whom we pay attention to appears to be, at least in part, fueled by our culture, and how and whom we choose to categorize varies by the sociocultural context we live in,” said study senior investigator Joseph DeGutis, Harvard Medical School assistant professor of psychiatry and a researcher at VA Boston Healthcare System.

“Our findings underscore how important social and cultural factors are in shaping our cognition and in influencing whom we recognize and whom we do not,” said study first author Maruti Mishra, a research fellow in DeGutis’ lab. “Culture and society have the power to shape how we see the world.”

The team’s findings showed that men living in the U.S. performed better when asked to identify famous male politicians, actors, or athletes than when they were asked to identify famous female politicians, actors, or athletes, and they fared worse than women in identifying famous female celebrities. Men from countries such as Norway, Denmark, and Finland — all of which have high levels of gender equality — performed equally well in recognizing famous male faces and famous female faces. On the other hand, men living in countries with low gender equality — India, Brazil, and Pakistan, among others — performed worse than U.S. men and worse still than Scandinavian men in identifying famous women.

The study suggests that men living in countries with low gender equality are prone to cognitive “lumping” that obscures individual differences when it comes to recognizing female faces.

The Gender Inequality Index measures the level of a country’s gender inequality by accounting for things such as the status of women’s reproductive health, education, economic status, and participation and attainment of high-level positions in the workforce. The U.S. scored in the mid-range in 2014-2015, with a score of 0.21, compared with 0.05 for Scandinavian countries, and 0.49 for countries such as India, Pakistan or Egypt.

For the study, the researchers asked nearly 2,773 adults, ages 18 to 50, to look at a series of famous faces online and identify them. Participants included 2,295 U.S. men and women; 203 men and women from Denmark, the Netherlands, Finland, and Norway; and 275 men and women from India, Egypt, Brazil, Pakistan, and Indonesia. The celebrity faces were almost exclusively those of U.S. politicians, actors, athletes, and performers. To ensure that U.S. participants didn’t have an unfair advantage over their foreign peers, the researchers only analyzed results from international participants who had indicated they were familiar with or had seen the celebrities’ faces before.

In the U.S. sample, female participants had, on average, 7 percent higher scores than their male counterparts in recognizing the faces of famous women. Gender differences were also pronounced among participants from Pakistan, India, Brazil and Egypt. In those countries, women scored on average 10 percent higher on female celebrity recognition than men. In contrast, among participants from the Netherlands, Norway, Finland, and Denmark, test score differences in recognizing famous women’s faces were minuscule, less than 2 percent.

The researchers say the pronounced own-gender bias among males is a variation of other forms of perceptual bias that have been documented in past research. For example, research shows that people tend to overlook interpersonal variations in the faces of people from races other than their own — the so-called “other race” effect. Another manifestation of this is the bias toward noticing interpersonal variations in individuals who are higher on the workplace hierarchy but obscuring interpersonal differences among those who rank lower on totem pole. The classic example is forgetting the name or other individual characteristics of a lower-rung coworker or intern, but remembering the name or distinguishing characteristics of someone higher up.

“All these biases stem from a tendency to categorize rather than individualize,” DeGutis said.

Self-awareness is the first step to combating own-gender bias, the researchers said. Previous research suggests that practicing individualizing members of other races rather than lumping them into categories can seriously mitigate the other-race effect.

“Own-gender bias is a form of unconscious bias,” DeGutis said. “But by becoming aware of it, we can overcome it or at least minimize it.” The researchers acknowledge the study has a few limitations, including the use of binary gender designations rather than a continuous gender spectrum.

The research was supported by the National Institutes of Health’s National Eye Institute (grant R01EY026057).