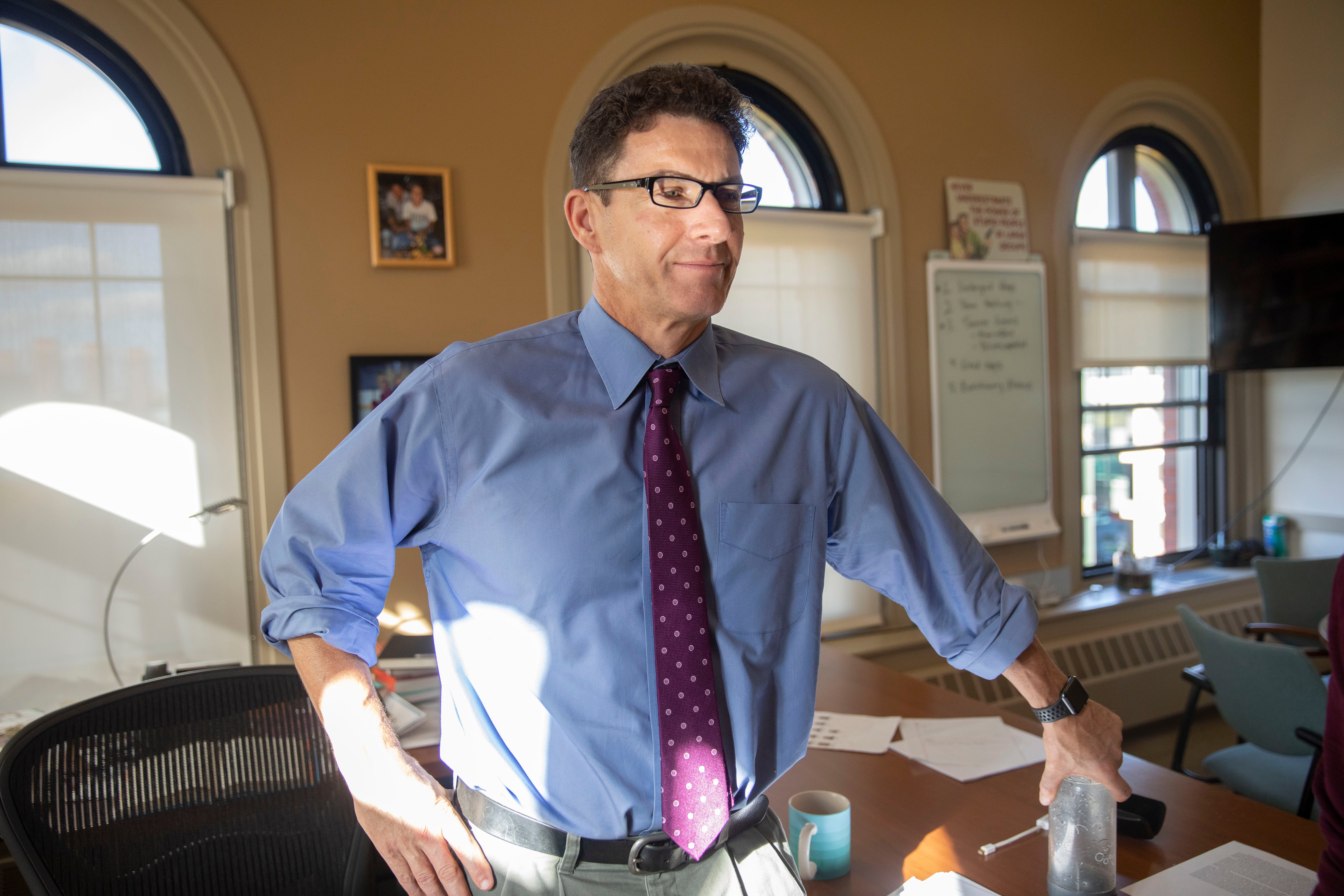 At a Meeting of the Faculty of Arts and Sciences on Nov. 5, 2019, the following tribute to the life and service of the late Stanley Lieberson was placed upon the permanent records of the Faculty.

Stanley Lieberson, Abbott Lawrence Lowell Professor of Sociology, Emeritus, a towering figure in American sociology, made wide-ranging contributions to the study of race and ethnicity, cultural change, and sociological and statistical research methods. Beloved by colleagues and students for his warmth, kindness, and distinctive and memorable sense of humor, he left an enormous intellectual and personal legacy.

Born in Montreal in 1933, Stan immigrated with his family when he was 2 years old to Brooklyn, where he grew up. His father was originally from Warsaw and worked as a garment maker. His mother, a native of Canada, worked in a dime store. Proud of his education in the Brooklyn public schools, Stan’s CV lists PS 254, JHS 234, and Abraham Lincoln High School. After two years at Brooklyn College, he applied to the University of Chicago by taking a test and, much to his astonishment, was admitted directly into the graduate program in sociology, where he enrolled at age 18. Thus his CV correctly states “B.A.: none.” At Chicago, he wrote a prize-winning dissertation on ethnic and racial residential segregation and assimilation in ten cities of the United States during the first half of the twentieth century, later published as “Ethnic Patterns in American Cities” (1963).

That dissertation prize came in handy as it paid for his honeymoon with his wife, Pat. Stan and Patricia Beard met at his first job, at the University of Iowa. He liked to note that theirs was a “mixed marriage” because Stan was a Jewish New Yorker through and through and Pat was a Protestant from the small town of Mount Ida, Iowa. It was a loving marriage that lasted 57 years and brought both of them much happiness. Stan and Pat loved to take long walks and talk, and he came to share her love for nature and the outdoors, an interest they shared with their four children. They particularly enjoyed canoeing on the Mystic River, near their home in Arlington.

The Liebersons moved a lot during the first half of Stan’s career as he held faculty positions at the Universities of Iowa; Wisconsin; Washington; Chicago; Arizona; and California, Berkeley, before coming to Harvard in 1988, where he continued writing and teaching even after his formal retirement in 2007. Although he loved the brilliant students at Harvard, Stan never felt completely at ease in its elite halls. He despised hierarchy and status and enjoyed socializing with students, staff, and tenure-track faculty. He never took himself too seriously, answering his office phone by saying “doctor’s office,” telling people he worked at “H.U.,” and responding to anyone who asked him “How are you?” with either “sobering up” or “advancing human knowledge.” He is probably most fondly remembered by friends and colleagues for his legendary lunch dates, where he discussed the many questions he had about the social world, often seeking the opinions of the waitstaff as well as his lunch partner on the topic of the day.

Stan’s scholarly achievements concentrated in three areas — race and ethnicity, cultural and linguistic change, and research methods. Shaped by his demographic training, Stan’s research style involved probing, rigorous, and imaginatively constructed analyses of multiple databases about the subject under study. His prize-winning 1980 book, “A Piece of the Pie,” had its roots in his 1970s courses on race and ethnicity. Bothered that he did not have a good answer to his students’ questions about why immigrants from Europe had succeeded in ways American black people had not, Stan laid out the more virulent forms of exclusion and discrimination black people faced compared to white immigrants. A follow-up book on the outcomes of later generations of whites using 1980 Census data, “From Many Strands” (1988), assessed the balance between assimilation and cultural pluralism for U.S. racial and ethnic groups.

His research on culture included bilingualism, language conflict, and language use in multiethnic nations. He contributed to the early development of the interdisciplinary field of sociolinguistics. Later he took up the changing patterns in first names after he realized the supposedly unique name they had chosen for his daughter had also been simultaneously chosen by many other kindergarten parents. Fascinated by how that could happen, Stan analyzed decades of data, producing “A Matter of Taste” (2000), which shows that changes in taste or fashion, in names and in other areas of culture, operate in an orderly way with an underlying structure and process. In the large lecture class he taught on cultural change, he told the undergraduates that years of research had taught him the very best name for a boy would be Stanley and, for a girl, Stanleyetta.

Stan felt strongly that the best sociology was rigorous and empirical and he thought a lot about methods, publishing important contributions throughout his career. His mid- and late-career works — beginning with “Making It Count” (1985) — dealt with methodology in a broad sense: they examined the logic and reasoning that underlie research procedures and their implications for the conclusions reached. For many years he taught a popular graduate seminar on methods based on these insights, influencing generations of graduate students.

Stanley Lieberson leaves many former students who loved him and learned so much from him and many friends and colleagues here and around the country who enjoyed his humor, his wisdom, and his humanity. Stan was devoted to Pat and his family. He drew great strength from them throughout his life, especially during the illness of his last years and through the loss of his daughter Rachel, who pre-deceased him. In addition to Pat, he leaves his son, David; daughters Rebecca and Miriam; sons-in law, James and Stuart; four grandchildren, Simon, Amelia, Sarah, and Hannah; his brother, Melvin; and his niece, Lisa.