A better candidate for chemo delivery 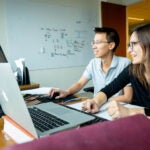 Chemotherapy has been the backbone of cancer treatment for decades, but it is notorious for its toxicity to healthy cells, severe side effects, and poor targeting of the intended tumors.

Efforts to improve chemotherapy’s efficacy and tolerability include packaging drugs into nanoparticles, which can protect them from degradation in the body, control their release pattern, and shield the patient from some of the drugs’ side effects.

However, nanoparticles have so far failed to show significant accumulation in target sites, even when they are engineered with surface proteins designed to bind to specific tissues, largely because they are quickly cleared from the blood by the liver and spleen.

Now, a new technique called ELeCt (erythrocyte-leveraged chemotherapy) developed at Harvard’s Wyss Institute for Biologically Inspired Engineering and John A. Paulson School of Engineering and Applied Sciences (SEAS) aims to resolve those problems by using a Trojan horse, smuggling drug-loaded nanoparticles into cancerous lung tissue by mounting them onto the body’s own erythrocytes, commonly called red blood cells. When the red blood cells make their tight squeeze through the lung’s tiny capillaries, the nanoparticles are sheared off and taken up by lung cells with 10-fold greater success than free-floating nanoparticles, and dramatically improve the survival of mice with lung cancer metastasis. The research is reported in Science Advances.

“Thirty to 55 percent of patients with advanced cancer have metastasis to the lung, due to its large number of capillaries, and there is currently no treatment for lung metastasis itself,” said co-first author Zongmin Zhao, postdoctoral fellow in the lab of Samir Mitragotri at the Wyss Institute and SEAS. “ELeCt exploits those same blood vessels to effectively deliver drugs that fight lung metastasis, and has strong potential to be developed into a clinical treatment.”

To create the ELeCt system, Zhao and his collaborators loaded doxorubicin, a common cancer chemotherapy drug, into tiny nanoparticles composed of a biodegradable polymer called PLGA. They then incubated the nanoparticles with both mouse and human erythrocytes, and found that they bound to the cells’ surfaces with high efficiency and without damaging them, allowing the dose of the drug carried by the erythrocytes to be tuned to fit different required dosages.

The team next subjected erythrocyte-bound nanoparticles to lung-corresponding shear stress in vitro to simulate the conditions erythrocytes encounter when squeezing through the lung’s capillaries, and observed that more than 75 percent of the nanoparticles were sheared off of both mouse and human cells. They then injected mouse erythrocytes loaded with the ELeCt construct into the veins of living mice with melanoma that had metastasized to their lungs, and found a remarkable 16-fold higher drug content in the lungs after 20 minutes compared with mice that had received free nanoparticles. A substantial portion of the deposited nanoparticles penetrated deep into the metastatic tumors, suggesting that this method of drug delivery is more precise and effective than existing methods.

“The most serious side effect of doxorubicin in humans is cardiotoxicity, and based on our experiments, ELeCt can ensure that more of the drug ends up in the lungs rather than in the heart,” said co-first author Anvay Ukidve, a Graduate School of Arts and Sciences student in Mitragotri’s lab at SEAS. “This advance could significantly reduce the danger to cancer patients receiving this drug, and increase its effectiveness against lung tumors.”

To confirm that suspicion, the team monitored the degree of metastasis in the lungs of mice with early stage disease that were given ELeCt versus those that were given free nanoparticles, and saw that metastasis was almost completely inhibited in all of the mice receiving ELeCt over the course of 23 days — a 300-fold improvement over the state of the free-nanoparticle-injected mice. ELeCt also improved the survival of treated mice by 32 days, while mice treated with free nanoparticles survived a mere three days more. When they repeated the experiment with mice that had late-stage disease, their survival was extended by nine days with ELeCt while free nanoparticles produced no survival benefit.

In addition, all mice treated with ELeCt maintained a healthy body weight while mice receiving a free-drug injection experienced significant weight loss, suggesting that the side effects of doxorubicin were also mitigated by ELeCt. The researchers also demonstrated that other chemotherapy drugs could be loaded into the nanoparticles and bound to erythrocytes, including paclitaxel, docetaxel, methotrexate, and a combination of 5-fluorouracil and methotrexate.

“Our ELeCt system simultaneously provides solutions to a number of problems that plague current chemotherapy treatments, including toxic side effects, high required doses, low levels of penetrance into target tissues, rapid clearance from the body, and premature release of a drug from nanoparticles,” said corresponding author Mitragotri, who is a core faculty member at the Wyss Institute as well as the Hiller Professor of Bioengineering and Hansjörg Wyss Professor of Biologically Inspired Engineering at SEAS.

Further studies will attempt to tease out the binding mechanisms of the nanoparticles to the red blood cells, so that the amount of shear needed to remove them (and thus the dose of the drug delivered) can be adjusted. The team also plans to determine the ideal dosing schedule to maximize metastasis inhibition as well as ELeCt’s ability to treat human patient-derived lung metastasis, a critical step toward translating the ELeCt platform into a clinical tool for treating cancer.

“This technology potentially represents a huge advance in terms of increasing the efficacy and decreasing the toxicity of existing cancer chemotherapies. It is also a great example of medical breakthroughs that can be made by taking advantage of biological, in this case cellular, delivery systems that nature has already optimized over thousands of years of evolution,” said Wyss Institute Founding Director Donald Ingber, who is also the Judah Folkman Professor of Vascular Biology at Harvard Medical School, the Vascular Biology Program at Boston Children’s Hospital, and professor of bioengineering at SEAS.

Additional authors of the paper include Yongsheng Gao and Jayoung Kim, both postdoctoral research fellows at the Wyss Institute and SEAS.

This research was supported by the National Institutes of Health.