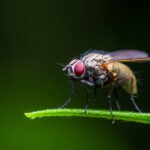 When botanist Asa Gray hiked his way through Tennessee in 1843 searching for seeds of the rare piratebush to plant in the Harvard Botanic Garden, he could not have known that nearly 180 years later plant scientists from the other side of the world would retrace his steps.

But this fall, in a historic collaboration, The Arnold Arboretum of Harvard University welcomed Chinese botanists from the North America-China Plant Exploration Consortium (NACPEC) on a joint expedition to the Appalachian Mountains to collect seed from North American plants to grow in scientific plant collections in China.

Since NACPEC was founded in 1991, plant explorers from the Arboretum and other member institutions have traveled to China 18 times to collect seed, herbarium specimens, and plant DNA samples for study and conservation in North American collections. The Appalachian expedition in September, coordinated by Andrew Gapinski, head of horticulture at the Arboretum and chair of NACPEC, and Kang Wang, research horticulturist and director of education at the Beijing Botanical Garden, furthered the group’s mission of building international partnerships in support of the study and conversation of the world’s temperate flora.

Focusing on Appalachian flora, Wang and his colleagues Tao Deng of the Kunming Institute of Botany and Xinfen Gao of the Chengdu Institute of Biology created a list of target species to collect for their research and collections in China, including magnolias, ashes, and maples.

Gapinski and expedition colleagues Sean Halloran, Arboretum plant propagator; Jared Rubinstein, Arboretum Living Collections Fellow; and Angela Magnan from the U.S. National Arboretum compiled an additional list of 41 target taxa for the Arboretum, including piratebush — the oldest wild-collected plant at the Arboretum. Originated as seed collected by Gray in his 1843 expedition, piratebush was brought to the Arboretum from the Harvard Botanic Garden in 1946. Along with 400 other rare or endangered plants, it is part of the Arboretum’s Campaign for the Living Collections, a 10-year initiative to document, collect, and preserve plants, particularly those of critical conservation value.

The three-week expedition covered 3,500 miles through five states — Ohio, Kentucky, Tennessee, Georgia, and North Carolina. Each day, the plant collectors carried supplies and gear including eight-foot pole pruners, herbarium field presses, plant identification keys, and plenty of bug spray into field, and hiked through the thick forests of Appalachia. Along with local guides, the team forded the Red River in Daniel Boone National Forest to find seeds of an American sycamore, descended to the base of a waterfall in Georgia to collect buttonbush seeds, and climbed Roan Mountain — one of the highest points of the Appalachian Trail in Tennessee — for seeds of the rare green alder. Each collection involved recording information about the geology and plant communities of the site, harvesting and bagging fruits, and collecting branch samples to dry for herbarium vouchers.

The expedition offered both adventure and challenges for the collectors, including a steep, 10-mile hike in humid, 100-degree heat through the Walls of Jericho natural area in Tennessee, only to find that birds had eaten all but three fruits of their target, limerock arrowwood. But, in an echo of Gray’s 1843 expedition, they discovered dozens of piratebush plants laden with fruits along the Appalachian Trail in Cherokee National Forest, providing an opportunity for ex situ conservation of both of these endangered plant species.

It was victories like these that most excited Wang, Gao, and Deng.

“Alongside our NACPEC partners from the Arnold Arboretum we journeyed through one of the most biodiverse regions of the temperate world collecting plants that will soon be growing in the Beijing Botanical Garden, where millions of visitors will get to enjoy them,” Wang said. “Not only that, but generations of scientists will be able to study these collections in China, as they have been doing at the Arnold Arboretum since its founding.”

Gapinski said the partnerships represented by the expedition began a new chapter in the history of international plant collection.

“For nearly three decades NACPEC has worked to foster partnerships and undertake plant exploration to study and conserve the flora of China — possible only through the support of the Chinese Academy of Sciences, Beijing Botanical Garden, and the dedicated individuals involved,” he said. “Today, we seek to further cement this one-of-a-kind, reciprocal collaboration and to ensure that these relationships continue long into the future, with a new generation of participants and partnerships.”

In addition to seed collection, the expedition team collected and dried plant samples to deposit at the Chinese and North American herbaria, where they can be used to study evolution, physiology, and taxonomy. Collections from the trip will also be shared with the U.S. National Arboretum for the Woody Landscape Plant Germplasm Repository, as well as other NACPEC member gardens.

Arboretum Director William “Ned” Friedman joined the expedition in northern Georgia, returning to the state where he began his career as a professor at the University of Georgia.

“To be in the field with Kang, Xinfen, and Tao — literally an all-star botanical team from China — along with the Arboretum explorers was fantastic,” he said. “After all of the times that we have been so generously hosted in China, this felt like perfect way to deepen our sense of reciprocity and share some of the evolutionary bounty of North America with botanical garden visitors and researchers in China.”