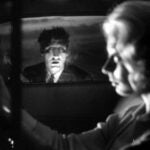 By Jason A. Newton Harvard Correspondent

Harvard released the results of its recent Pilot Pulse Survey on Inclusion and Belonging today. The survey is a first-of-its-kind, community-wide initiative that asked all faculty, academic personnel, staff, and students to answer 10 questions aimed at assessing the culture and feeling of inclusion and belonging across the University.

More than 44 percent of the Harvard community, more than 20,000 individuals, responded to the pilot survey, which originated as one of several recommendations of the Presidential Task Force on Inclusion and Belonging.

To examine and understand the results and recommendations coming out of the survey, the Gazette sat down with John Silvanus Wilson, senior adviser and strategist to President Larry Bacow, and task force member Andrew Ho, the Charles William Eliot Professor of Education, who helped develop and refine the survey.

GAZETTE: What were the origins of the survey, and how did this idea come to fruition with this survey?

WILSON: The Pilot Pulse Survey came about as an idea from the midst of the Task Force on Inclusion and Belonging deliberations. The task force was formed because there were some indications that not everyone at Harvard was flourishing. It was clear that some harbored feelings that they did not belong on this campus.

As I have said before, Harvard is 383 years old, and for most of that time the fruits of the University’s educational experience were cultivated, provided, and enjoyed by the privileged sons of the New England aristocracy, and those with profiles not too dissimilar. When you are comprised of a single group for so long, there are bound to be challenges when different groups enter the environment.

During deliberations, the task force developed the idea of doing a survey to get baseline data on how people are experiencing our campus. That it ended up being the largest survey in the history of Harvard is, in part, a testament to how much people care about our need to become a better, more-inclusive campus.

HO: Inclusion and belonging is a University-wide commitment for all members of the Harvard community. But it’s hard to make progress without a common understanding of what we hope to achieve. The Pilot Pulse Survey is a straightforward, light-touch measure that helps us identify where deeper study is needed.

If we want to measure progress, we have to start with a baseline. Where do we all stand? What does belonging mean? At a high level, we want to locate our greatest gaps, and then, when we do this again in two years, we want to see that we are closing those gaps.

“… We are going to continue to probe the Pilot Pulse Survey findings for information that will tell us what else we can do to make Harvard better.”
— John Silvanus Wilson

GAZETTE: Why is it called a “pulse”?

WILSON: We recognize that most people experience Harvard based on the quality of life or sense of belonging that is generated in their School or unit. That means what we can do from the University level is sometimes limited. Taking a pulse is something one does from the center, leaving the more in-depth analysis or investigation to the Schools and units.

More to the point of the analogy, think about what we used as a tagline: “Ten questions, three minutes, your voice.” It’s a quick check for indications of points of pain or promise. It’s not meant to be an MRI or an EKG, which are more in-depth. We are checking the pulse of the institution and reporting on that on a high level.

GAZETTE: What can you tell us about the findings?

HO: To me, one of the most important results was that the Harvard community spoke up. More than 20,000 respondents made this the largest optional survey in Harvard’s history. And this was just a pilot.

This sends a signal that we all — faculty, academic personnel, students, and staff — care about inclusion and belonging. It also suggests that when we make improvements, people will continue to speak up, to tell us what they think.

WILSON: I think the results may surprise a lot of people. There were seven possible answers: strongly agree, agree, and somewhat agree, neutral, and the same options on the disagree spectrum. If you look at the first item in the survey: “I feel like I belong at Harvard,” it turns out that 77 percent of our respondents agreed in some way with that statement, which means over three-quarters of the community generally feel like they belong.

A broad view of the findings, based on that answer alone, would be net positive and a good thing. But we do not think about it that way. We want to look at the 23 percent who either did not agree, or neither agreed nor disagreed. We need to know what’s going on there. Also, we do not think it’s smart for us to be satisfied when 25 percent of the respondents only “somewhat agreed” with the statement “I feel like I belong at Harvard.” Our challenge is to address the combination of people who neither agreed nor strongly agreed with having a feeling of belonging at Harvard. That’s almost half of us.

Another phenomenon you see in the findings is that many of those from what the task force called “groups previously excluded” express relatively less agreement on a number of measures. This includes their sense of belonging, their satisfaction with relationships, their trust in leadership and others. This is, at times, especially so for women, people of color, religious minorities, and those from the BGLTQ community. This suggests that there are perhaps some tailored things we need to do to address those conditions.

GAZETTE: What is next?

WILSON: We have been hearing a lot from the Harvard community this fall. The increased communication is a good thing. So, first and foremost, what’s next is for us to do more listening and hearing. That is a foundation for getting better.

For instance, we have heard people ask, “What is the administration doing to make things better?” I insist that the establishment of this office, the Office of Diversity, Inclusion, and Belonging, is a good thing. And it is good that we have done surveys to get a sense of how people are experiencing Harvard. That will help us to understand much more about what we’re solving for. Getting baseline data to address problem areas is a start, but it’s only a start.

I will highlight a few initiatives in response to these results, some that are already underway and some recently launched. We have established a Diversity, Inclusion, and Belonging Leadership Council, comprised of leaders from all the Schools and major units at Harvard, that will meet regularly to coordinate the localized responses to this survey. The work of this council will be collaborative across Harvard, leveraging the strategic plans submitted in the last academic year, that detail how each is working toward sustainable, inclusive excellence — that is, a community that continually draws on a wide pool of talent to unify excellence and diversity, and one that fully embraces individuals from varied backgrounds, cultures, races, identities, life experiences, perspectives, beliefs, and values.

We recently launched the Harvard Culture Lab Innovation Fund, designed to help engage the entire campus community in the work to improve our campus culture. And we have partnered with Harvard Human Resources and launched a recruiting effort to hire a chief diversity and inclusion officer, who will supplement the team and accelerate our progress.

And, of course, we are going to continue to probe the Pilot Pulse Survey findings for information that will tell us what else we can do to make Harvard better.

GAZETTE: How do you measure success?

WILSON: Perhaps the most important measure of success is what this community tells us. As I said, we are going to continue to listen well, and use what we hear to take action. To that end, last summer we met with Harvard’s Academic Council. Our deans and senior leadership have agreed that the first official survey will be in 2021, and it will be every two years thereafter. Success means we should see the numbers moving in the right direction. If we are doing the right things, working with the Diversity, Inclusion, and Belonging Leadership Council, we should be able to move the whole population toward “agree” or “strongly agree” in response to the statement “I feel like I belong at Harvard.” We expect to see things get better with all the other questions, as well.

As we progress, the variety of strategic plans will be shaped to respond to what we are hearing in the surveys, and what the Schools and units are learning from their more-focused work.

I am confident that we can make Harvard University the world’s recognized leader in sustainable inclusive excellence by fostering a campus culture where everyone thrives. 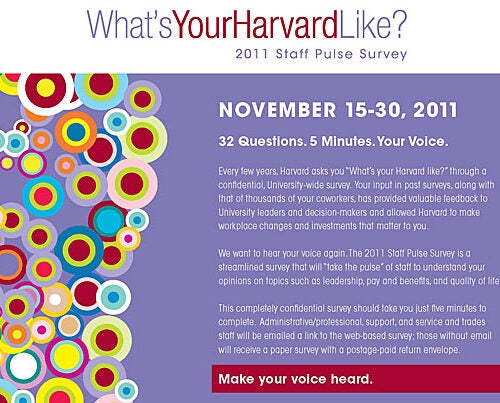 Taking the pulse of Harvard