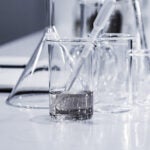 At a Meeting of the Faculty of Arts and Sciences on Oct. 1, 2019, the following tribute to the life and service of the late Mary Margaret Steedly was placed upon the permanent records of the Faculty.

The topic was formative of her Ph.D. research, which she pursued in cultural and medical anthropology in the Department of Anthropology at the University of Michigan, Ann Arbor, and completed in 1989. Her years-long fieldwork was in a remote area known as Karoland, on the Indonesian island of Sumatra. Friends who knew her there describe an indefatigable fieldworker who was also a bit “wild,” hitching rides, for example, on careening motorcycles as she went from village to village seeking out people who would talk to her about the healing practices of spirit-mediums or “Karo curers,” for the most part women.

One of these women, a charismatic and eccentric figure, became the central subject of her first book, the award-winning “Hanging without a Rope” (1993), though it was really the stories that people told about her and more broadly about Karoland — indeed, stories about stories — that fascinated her the most. In her book she wrote, “It seems to me (and here I am perhaps putting a bit of my own history into the story, my southern background as well as the cold New England winter in which I write) that, of anyone, William Faulkner has most compellingly conveyed a sense of the dense, heterogeneous entangling of lives, stories, and desires that I mean by narrative experience.” A profound listener to what people said, including their silences, she did not interpret stories as information about what had happened in the past but as an ever-shifting personal and collective memory of colonial and post-colonial Karoland, much of which was steeped in violent encounters between men and women or between ordinary people and the state. Given her commitment to narrative experience, it may not be surprising that her theoretical engagements with gender and feminist studies as well as with post-colonial theory, to which she was an early and important contributor, were often implicit in her multi-layered, open-ended, and beautifully written text. The book is not easy to “use,” if one is trying to skim it for its theoretical nuggets, because of the narratives one is enticed to read and re-read.

Steedly’s second book, “Rifle Reports” (2013), is again about stories, this time about the role women played in the War of Independence against the Dutch, a gendered version of events that was not always heard, let alone told in Indonesia or historical scholarship for that matter. In between her first and second book, she published important articles in all of the leading journals in her field, but she refused to let go of her second book until she felt she had gotten it right, meaning not only beautiful sentences but the larger structure they serve, which in Steedly’s texts is always an intricate latticework of narrative, analysis, and criticism. It was at this time, too, that she went back to The Citadel to do what is called an “ethnography-at-home,” the fieldwork for which she completed but the writing for which she had only just begun before her untimely death. It had promised to be a major analysis of the production of U.S. “military culture,” but she wanted it to remain unfinished after her death. She also embarked on a study of Indonesian visual culture and completed an influential co-edited volume on the analysis of images and media in anthropology.

Steedly imparted her lessons on listening, writing, and looking to her many devoted students. In the undergraduate course Ethnography as Practice and Genre, they read and analyzed examples of experimental ethnographies in preparation for their senior theses, many of which she went on to supervise. Her interventions in the dissertation-writing workshop were legendary, and more than one graduate student remembers being told that their opening sentences were awful and had to be rewritten or, conversely, their beautiful sentences were no good if they didn’t cohere in a cogent argument or clear analysis. She supervised countless dissertations in the department on a wide range of subjects, many of them by Indonesian and Southeast Asian students. After listening to what students said about their interests, she helped them formulate a focus and an approach that suited them and not necessarily her own agendas.

Steedly was promoted to full professor in 1998. During her 20 years in this role, she had very few female colleagues, and at one point she was the department’s only female tenured professor, a dubious distinction. She was a tireless advocate for and promoter of female students and faculty in both the department and the university at large. Though she did not live long enough to see all her efforts bear fruit. She took on every leadership role in the department except chair, and though ironically she was the most qualified to assume it, given her degree in business education, she said to one colleague, “In a former life, I was an administrator for nearly 10 years—why would I ever want to do that again?”

Friends and colleagues found Steedly to be an approachable if also intensely private person, who rarely revealed much about her life. What she was unabashed about was her love for dogs, and she devoted many joyful hours to agility training two of her Australian shepherds, one of which was a blue-ribbon champion.

Mary Margaret Steedly passed away on Jan. 4, 2018, after battling breast cancer for a year and a half. She confronted her painful end with stoicism and courage, demonstrating an old southern trait that can only be called gallantry in the face of death.