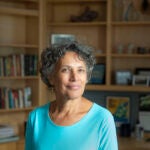 Autism and related disorders — a constellation of neurodevelopmental conditions affecting one in 59 children in the U.S. alone — have joined the ranks of modern medicine’s most confounding mysteries. The conditions are believed to arise from the complex interplay between genes and environment, yet their basic biology remains largely a black box.

Now, a new research effort at Harvard University led by Harvard Medical School (HMS) is poised to identify the biologic roots and molecular changes that give rise to autism-related disorders with the goal of informing the development of better diagnostic tools and new therapies.

The center will serve as the hub that brings together the diverse expertise of scientists and clinicians working throughout Harvard University, HMS, and the Harvard-affiliated hospitals.

“There is an urgent need to understand the fundamental biology of autism,” said Michael Greenberg, chair of the department of neurobiology at HMS and the center’s inaugural faculty leader. “I strongly believe that the multidisciplinary expertise convened by this center will propel us into a new era of autism research, enhancing our understanding of the condition and yielding critical new insights into its causes. This generous gift will be transformative for the field.”

Under the premise that autism’s complexity demands the cross-pollination of knowledge across different modes of scientific inquiry, the center will encompass the efforts of basic, translational, and clinical scientists from the entire Harvard ecosystem. The center will have its administrative home within the Harvard Brain Science Initiative, which brings together researchers from HMS and its affiliated hospitals, as well as from the Harvard Faculty of Arts and Sciences, the Harvard T.H. Chan School of Public Health, and the Harvard John A. Paulson School of Engineering.

“Neuroscience has reached a unique inflection point. Advances such as single-cell analysis and optogenetics, coupled with an unprecedented ability to visualize molecular mechanisms down to the minutest level, will enable today’s researchers to tackle a disorder as dauntingly complex as autism,” said Harvard Medical School Dean George Q. Daley.

“Medical history has taught us that truly transformative therapies flow only from a clear understanding of the fundamental biology that underlies a condition,” Daley added. “This gift will allow our researchers to generate critical insights about autism and related disorders.”

Investigators at the new Harvard center will collaborate with peer researchers at MIT and complement efforts already underway at the Hock E. Tan and K. Lisa Yang Center for Autism Research at MIT’s McGovern Institute for Brain Research, with the strengths of each institution converging toward a shared goal: understanding the roots of autism, explaining the condition’s behavior and evolution, and translating those insights into novel approaches to treat its symptoms.

“In a short time, the Tan-Yang Center at the McGovern Institute has supported groundbreaking research we believe will change our understanding of autism,” said Robert Desimone, the director of the center at MIT. “We look forward to joining forces with the new center at Harvard, to greatly accelerate the pace of autism-related research.”

“We are excited and hopeful that these sibling centers at Harvard and MIT — two powerhouses of biomedical research — will continue to collaborate in a synergistic way and bring about critical new insights to our understanding of autism,” Yang said.

Yang is a former investment banker who has devoted much of her time to mental health advocacy. Tan is CEO of Broadcom, a global infrastructure technology company.

Autism-spectrum disorders are neurodevelopmental conditions that typically emerge in the first few years of life. They are marked by a cluster of symptoms, impaired social interactions, and compromised communication skills. Yet exactly what portion of these cases are strictly rooted in genetic mutations and how they are influenced by environmental factors is an area of lingering uncertainty. Another key area for exploration is how much of autism’s fundamental features arise in the brain and what role organs and systems outside of the brain might play.

Two of the new center’s initial areas of inquiry will address these critical gaps in knowledge.

One group of researchers will focus on understanding precisely what goes awry during critical windows in the first two years of life — a period marked by rapid brain development, great neuroplasticity, and intense wiring of the brain’s circuits. This is also the typical window of autism diagnosis. The scientists will try to understand what molecular, cellular, or neural-circuitry changes underlie autism-fueling processes during this stage. Identifying such critical changes can help illuminate how experiences modulate brain development in individuals with autism.

Another group of researchers will examine the role of factors arising from organs and organ systems outside the brain that may drive autism risk. For example, the peripheral nervous system — made up of nerve cells throughout the body that act as nodes that collect and transmit signals to the brain — has emerged as a central player in the development of autism.

Heightened sensitivity to even light touch is a common feature in autism and one of the disorder’s many perplexing symptoms. Recent research from neurobiologists and geneticists at HMS has not only identified the molecular changes that give rise to heightened touch sensitivity in autism-spectrum disorders, but also points to a possible treatment for the condition.