The Muppets come to Harvard 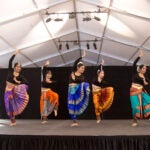 Elmo, Grover, Bert, and Ernie came. And everyone giggled and sang (even Mr. Larry and the other men in ties). And there was cake. And there weren’t any kids at all but just old friends having a party. And Big Bird liked it so much he might stay.

The beloved characters from “Sesame Street” took the stage at Harvard’s Sanders Theatre Wednesday afternoon to celebrate the show’s 50th anniversary and the College’s contributions to the pioneering children’s educational program.

The gala highlighted the long partnership between the show and Harvard, led by Gerald “Gerry” Lesser, a psychologist and faculty member of the GSE, who chaired the board of advisers of Children Television Workshop, which created “Sesame Street.”

Long recalled Lesser’s role in developing the program’s original curriculum and leading the collaboration between the Ed School and the prize-winning show, which is produced in 70 languages around the world.

“‘Sesame Street’ was also groundbreaking in that it was the first preschool educational program to base its contents and production values on research — much of that important research had been done right here at the Harvard Graduate School of Education, led by Gerry Lesser,” said Long.

“Using modeling, repetition, and humor, ‘Sesame Street’ helped children with not only their cognitive skills but also their social and emotional development. And perhaps most importantly, ‘Sesame Street’ taught us that quality education can be entertainment. We celebrate the love of learning, and for many, ‘Sesame Street’ fueled that initial joy.”

The hour-and-a-half show delighted the audience. When Big Bird stepped on stage for a skit with Bacow, the 8-foot yellow creature ignited wild cheers. And when Bacow named him Harvard’s Official Bird, the ovation shook the house. Big Bird thanked Bacow, then said he couldn’t wait to get out into the Yard to find a tree for a nest.

Meeting Big Bird, Bacow said, made him a “much cooler grandfather” and will be his “new response” to the oft-asked question: What is the biggest perk of being president of Harvard? On a more serious note, he praised the collaboration between the Ed School and “Sesame Street” because it “exemplifies powers of partnerships to harness teaching and research to change lives.”

“Harvard is committed to collaborations that serve and strengthen society,” Bacow said. “We recognize that the easy problems have largely been solved, and to make progress on the hard problems, we need to work together. ‘Sesame Street’ is a wonderful example of the power of higher education to connect people and to change the world: Ensuring more people have access to the knowledge we create, putting knowledge to work in the world — including through Kermit the Frog, Cookie Monster, Elmo, Bert, and those wonderful characters who joined us today.”

Besides Lesser, many other Harvard faculty and alumni contributed to “Sesame Street,” recalled Dunn ’77, who runs Sesame Workshop, the nonprofit behind the show. Among them are Joe Raposo ’58, who created the show’s signature music and composed the theme song and other iconic songs such as “C is for Cookie”; and psychiatrist Chester “Chet” Pierce ’48.

“Chet understood that television in 1969 was fairly racist because it did not have people of color in many programs,” said Dunn. “He was the one who urged Joan [Ganz Cooney, one of the show creators] to push for a multiethnic neighborhood with people of color as authority figures and role models, like Gordon and Susan. He believed that reinforcing this message was as important for kids as learning your alphabet and numbers.”

Dunn said he hoped students in the room felt inspired by the program’s work to “make children grow smarter, stronger, and kinder.”

“There is a reason why you are here,” Dunn told the students. “The reason is that Harvard saw in you both the capacity to lead and the passion to make a difference. When you enter Harvard Yard through Dexter Gate, it says, ‘Enter to Grow in Wisdom,’ and when you leave, it says, ‘Depart to Serve Better thy Country and thy Kind.’ For 50 years, that sensibility has infused the work of ‘Sesame Street.’”

For Benny Chang ’22, the performance was inspiring. Watching the Muppets stirred in Chang, a computer science concentrator, an old desire to pursue a career in education.

“It has kind of changed my mind a little bit,” he said. “I didn’t even know there was this connection [between Harvard and ‘Sesame Street’] that was that strong.”

Like many in the audience, Chang also relished seeing the familiar, fuzzy faces. “I grew up with ‘Sesame Street’; it was one of my favorite shows,” he said with a beaming smile. “It was one of the best things I have seen at Harvard.” 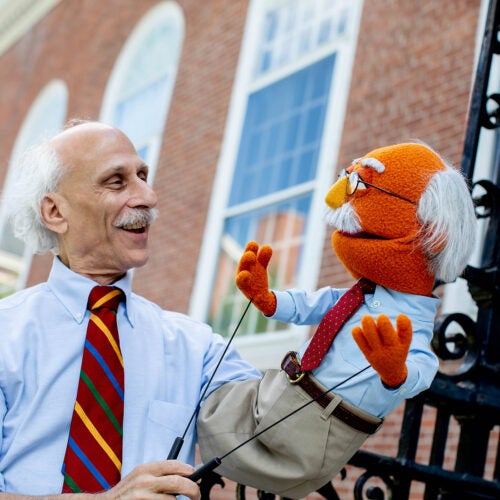 From Mass. Ave. to ‘Sesame Street’ 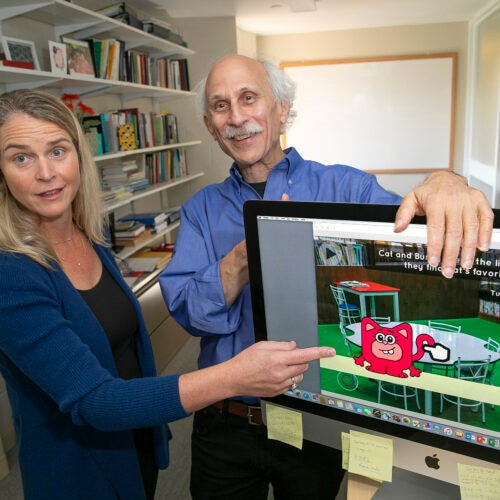