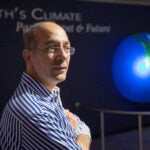 Programs have almost doubled since Lambert’s arrival in 2013

Huntington D. Lambert, dean of Harvard’s Division of Continuing Education (DCE) for the past six years, announced today that he would retire at the end of this year.

“I will be forever thankful for the opportunity Harvard gave me to lead such an amazing division, an ever-more-important part of the University’s mission to increase access for learners all over the world,” Lambert said. “Our staff, teachers, students and alumni deserve all the credit for what DCE has been able to accomplish, and they made my tenure as dean immensely rewarding.”

Lambert, known as “Hunt,” expressed “mixed feelings” on his decision after a 40-year career, which started with him working on the beginnings of what would become a global internet network, building a nationwide cellular system, and establishing an online university at Colorado State. He graduated from Colorado College and Massachusetts Institute of Technology’s Sloan School of Management, despite having been diagnosed with dyslexia as a boy in Massachusetts. In retirement, Lambert’s plans focus on family, philanthropy, writing, and his passion for learning.

In her message to the Harvard community, Claudine Gay, Edgerley Family Dean of the Faculty of Arts and Sciences, celebrated Lambert’s success at DCE and expressed gratitude for his commitment to the University.

“As the consummate ‘data guy,’ Hunt mentioned to me that his thinking about retirement had been influenced by the realization that he had logged more than 120,000 working hours over his 40 years of driving innovation and change,” Gay wrote. “Harvard is enormously fortunate to have benefited from a portion of those hours in service to our goal of advancing access to Harvard educational offerings to the distance and part-time learner. Hunt leaves a proud legacy at Harvard, and I am deeply grateful for the positive impact he has had on our community.”

Since Lambert’s arrival in 2013, DCE and its programs have almost doubled, passing 30,000 combined unique learners annually. Harvard Extension School now offers more than 900 online and on-campus courses, 40 graduate certificates, and both undergraduate and graduate degrees. Last year the Extension School graduated more than 1,200 students, up from 645 in Lambert’s first year. Harvard Summer School has grown to almost 10,000 students and more than 500 courses. DCE’s non-degree professional development programs have grown to more than 3,000 learners.

Henry Leitner, associate dean and chief innovation officer at DCE, will serve as interim dean starting in January 2020. A global search for Lambert’s successor will begin later this fall.