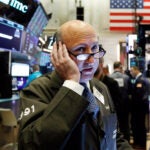 The chief responsibility of the ACSR — which consists of four faculty members, four students, and four alumni — has been to review shareholder resolutions raising issues of corporate social responsibility at publicly traded companies in which Harvard owns shares, and to make recommendations to the CCSR, which is responsible for the final decisions about how the University should vote on those resolutions.

Recently, in order to achieve wide exposure to public equity markets, Harvard Management Company (HMC) has come to rely increasingly on pooled investments and commingled funds typically managed by outside investment firms, rather than directly owning stock in individual companies. This has led to a review of ACSR’s role and as a result, going forward, the committee will focus on developing guidelines that can help inform Harvard’s external investment managers, and other interested investors, as they vote on a broad array of shareholder resolutions.

This move toward developing broadly available proxy guidelines is part of a larger set of activities intended to intensify Harvard’s engagement with its external investment managers, with companies, and with other investors on issues of corporate social responsibility. These activities have included, among others, Harvard’s decision in 2014 to become the first U.S. university to subscribe to the United Nations-supported Principles for Responsible Investment, as well as its announcement earlier this week to affiliate with the global investor initiative Climate Action 100+.

The Gazette recently sat down with outgoing ACSR Chair Howell Jackson, the James S. Reid Jr. Professor of Law at Harvard Law School, to better understand some of these changes, and to get a sense of how the ACSR fulfills its role.

GAZETTE: Thank you for taking the time to speak with us today. Can you start by giving us a sense of just what the ACSR does?

Jackson: For many years now, through a series of evening meetings in the spring term, the ACSR has met to review a range of shareholder resolutions raising issues of corporate social responsibility at publicly traded companies in which Harvard owns shares. The committee has formulated its recommendations in light of what is now a wide and deep body of precedent, in areas that range from human rights to environmental practices, from equal employment opportunity to corporate political contributions, and beyond. The ACSR’s recommendations have then been reviewed by the CCSR, which decides how to vote the proxies. In the vast majority of cases, the CCSR follows the ACSR’s recommendations.

GAZETTE: It’s interesting that the ACSR is composed of faculty, students, and alumni. What’s the history of this arrangement?

Jackson: In the late 1970s, President Derek Bok wrote a series of letters in which he spoke to the ethical responsibilities of the University in its investment policies, and the importance of gaining input from the Harvard community on matters with regard to corporate responsibility. President Bok specifically identified shareholder resolutions as an area in which the University had a legal obligation to vote its proxies responsibly, as well as a long tradition of voting proxies on resolutions raising ethical issues. The current process of engaging the ACSR and CCSR reflects President Bok’s commitment to having the voice of the community influence the University’s voting of proxies. The process has also proved effective in communicating the University’s positions on shareholder resolutions through the public release of annual reports published for many decades now. The reports disclose not just the proxy votes but the reasoning underlying the voting decisions. [Recent CCSR annual reports are available online.]

GAZETTE: So why the decision to make changes in the structure now, considering these past successes?

Jackson: The main motivation is that HMC has recently changed its investment strategy to hold fewer and fewer companies directly and to rely more and more on external management. Most of Harvard’s holdings in the U.S. public equity markets are now held through pooled investments and commingled funds typically managed by outside investment firms rather than through individual stocks directly owned in the University’s name. As such, Harvard does not itself vote on shareholder resolutions related to those holdings.

The University still maintains an obligation to oversee its investments responsibly and along the lines that President Bok laid out years ago. To this end, the University has chosen to continue to exercise Harvard’s voice on shareholder resolutions through a new set of guidelines developed by the ACSR and CCSR and based on the University’s proxy voting practices developed over the past several decades. These new guidelines distill the precedents of the ACSR and CCSR on a range of issues and will be shared with all external managers that HMC hires to invest in public companies. This past spring, the ACSR played an active role in drafting the first set of these new guidelines, and the ACSR will advise the CCSR in developing new guidelines and updating the existing guidelines as new issues of social and environmental responsibility arise in the future.

The ACSR will also continue to make recommendations on how Harvard should vote on shareholder resolutions for any public companies that remain as direct holdings of HMC.

GAZETTE: Is Harvard going to require external managers to follow its guidelines to the letter?

Jackson: No. The guidelines are not intended to be prescriptive, and HMC recognizes that external managers may not necessarily share Harvard’s view on every issue. Nonetheless, HMC will expect its external managers to have a robust approach to stewardship and to make informed voting decisions. As one of a number of relevant considerations in assessing overall performance, HMC will consider assessing an external manager’s stewardship practices in light of these guidelines. The University will also make the guidelines publicly available, so that other interested investors can make use of them as they see fit.

GAZETTE: HMC has in the past also engaged directly with corporations via various initiatives with regard to corporate shareholder responsibility. Does the ACSR play a role in advising Harvard on such initiatives?

Jackson:That’s right. HMC was the first U.S. university endowment to join the United Nations-supported Principles for Responsible Investment (PRI), and through this network, Harvard has actively, and successfully, participated in encouraging major corporate entities to better control their methane emissions. One of the great advantages of this approach is that it allows HMC to collaborate with other like-minded institutional investors that participated in the PRI.

Going forward, HMC will continue to engage through the PRI in appropriate initiatives that align with the University’s interests with regard to social and environmental responsibility. In its somewhat reoriented role, we expect that the ACSR will occasionally be called on to serve as a sounding board for HMC’s proposals for engagement and to make recommendations to the CCSR on these proposals.

GAZETTE: How do HMC’s PRI engagements relate to the University’s proxy voting guidelines?

Jackson: Both reflect changes in the ways that institutional investors operate in modern capital markets. The proxy voting guidelines provide a vehicle for the University to communicate its views on issues of social and environmental responsibility in capital markets where large endowments increasingly rely on external managers. HMC’s participation in the PRI reflects the fact that the most effective vehicle for influencing corporate behavior on these issues is often through collaborative actions with other institutional investors.

Substantively, the area where HMC has been most active to date in its PRI engagement has been the reduction of methane emissions, which is consistent with the University’s public commitment to addressing climate change and also its strong record of supporting shareholder resolutions related to environmental issues. While it is difficult for me to predict what new engagement initiatives HMC may seek to pursue in the future, I would expect that they will be broadly aligned with the priorities expressed in the University’s proxy voting guidelines for shareholder resolutions.

GAZETTE: For those who are interested in learning more about the University’s new guidelines and HMC policies on active engagement, where would you recommend that they go?

Jackson: The new guidelines for HMC’s external managers are now available online. I would particularly recommend the overview section at the front of the document. These pages summarize the proxy voting practices that the ACSR and CCSR have evolved over the years and attempt to articulate how the committees have decided which shareholder resolutions to support. HMC also posts a good deal of information about its engagement initiatives, and the University intends to continue its practice of making annual reports public online, including summary information on proxy voting, proxy guidelines, and HMC’s engagement activities.