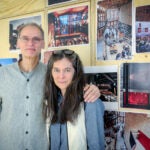 ‘A town hall for the 21st century’

Tourists eager to envision the glories of the Roman Empire can take in the ruins of the Colosseum or the Forum in the Italian capital. Those searching for remnants of the empire’s Eastern hub, Constantinople, can visit Istanbul, where the Column of Constantine still stands, erected by the emperor in 330 A.D. But what’s left of the original seat of the Eastern Roman Empire from 286 to 324, often described as a magnificent urban landscape?

For centuries it was lost, until a devastating earthquake in 1999 leveled much of Izmit, Turkey, the industrial city that had grown up around it. From the rubble, pieces of Nicomedia emerged. For the past 20 years researchers, mainly from the Kocaeli Museum, have been carefully excavating the site in the Çukurbağ district of modern Izmit, piecing part of the ancient city back together and preserving it for future generations. Among those committed scholars is Tuna Şare-Ağtürk, the Hilles Bush Fellow at the Radcliffe Institute for Advanced Study whose current book project documents the treasures unearthed at what some originally considered nothing more than a pile of ancient marble trash.

“This find is so important, not only for our field — for archaeology and the classics — but for the world cultural heritage,” said Şare-Ağtürk, an associate professor of archaeology and art history at Çanakkale Onsekiz Mart University in Turkey and director of the Çukurbağ Archaeological Project since 2013. Despite the challenges posed by an urban excavation, including looting and a narrow dig site surrounded by modern buildings, Şare-Ağtürk and her team have helped uncover a set of monumental stairs and a lavish imperial palace decorated with statues and intricate reliefs. The complex was built by the Emperor Diocletian (244–311 A.D.), who famously introduced the division of power among Roman rulers — initially the diarchy or “rule of two” and later the tetrarchy or “rule of four” — a savvy political move that stabilized an empire plagued by civil wars and imperial turmoil.

“This is the most extensive archeological discovery ever found about this lost capital, ancient Nicomedia,” said Şare-Ağtürk, “and all of these representations on the reliefs shed new light on the sociopolitical history of the city.”

Much of Şare-Ağtürk’s work has involved recovering, analyzing, and restoring the 72 monumental marble relief blocks that adorned the complex. Taken together they form a 50-meter-long frieze panel filled “with an astonishing combination of mythological, imperial, and agonistic representations.” Many of the reliefs document life in the ancient city and depict theatrical performances, games, and regal events, as well as a triumphant procession featuring Roman victors and their captives. They also shine a light on Diocletian’s political prowess.

In the clip above, Şare-Ağtürk talks about the significance of the largest section of the Nicomedia frieze, which shows two emperors embracing.

Şare-Ağtürk discusses the panel depicting Medea’s slaughter of her own children.

Exposure to light and air took its toll on this frieze detail of the head of an imperial figure, the first photo taken in 2009 and the next in 2017.

Details of three captive barbarians with different hairstyles and color.

In the largest section of the frieze the two emperors of the diarchy — Diocletian, the ruler of the East, and Maximian, the ruler of the West — can be seen reaching for an embrace. But what appears to be a simple gesture of greeting, explained Şare-Ağtürk, is in fact laden with meaning. The work is an early example of “diarchic propaganda,” she said, intended to promote the narrative of the unrelated rulers as loving brothers united for a common cause. The intimate imperial embrace motif reappears in the Tetrarchic period, and was meant to convey notions of brotherhood, similarity, and harmony among the four rulers.

The Nicomedia relief also represents an important artistic shift. The heads of the embracing rulers are shown in profile instead of in the traditional, front-facing portraits typical of the era, said Şare-Ağtürk, marking a turn from the classical art that incorporated more natural depictions of the human form toward the more abstract and rigid interpretations of the Byzantine period. “The style and iconography of this particular section of the reliefs anticipates the birth of late antique and medieval art,” said Şare-Ağtürk. “These reliefs fill a real hole and mark a significant turning point for art history.”

They also add to the scholarship that has proven pure white marble works so often associated with the ancient monuments and sculptures of Greece and Rome were actually anything but.

Şare-Ağtürk’s findings include some of the best-preserved pigment ever found on art from the ancient world, supporting earlier research that has shown Roman artists painted their works in vibrant hues. Using X-ray fluorescence spectroscopy (XRF), infrared and ultraviolet light, Şare-Ağtürk and her team developed an even richer picture of how Nicomedia’s dynamic reliefs originally appeared. When hit with an infrared beam, the metal objects depicted on the Nicomedia reliefs, such as spear heads or arrows, began to shimmer, indicating they were originally coated in Egyptian blue, a synthetic pigment that sparkles under infrared light. When examined with XRF, another section of the work was found to contain gold, indicating it was once gilded.

The pigments aren’t just aesthetic highlights. The colors also help researchers with artistic forensic work. For example, anyone wearing a purple garment would have been royalty, said Şare-Ağtürk, since purple was considered “an imperial hue.”

Şare-Ağtürk hopes her work, backed by the Turkish Ministry of Culture and funded by a grant from the Scientific and Technological Research Council of Turkey, will help lead to the creation of a new archaeological park and an exhibition hall in Izmit where many of the ancient works can be displayed.

“For the first time the Eastern Roman Empire has a defining monument,” she said, “and it needs to be preserved.” 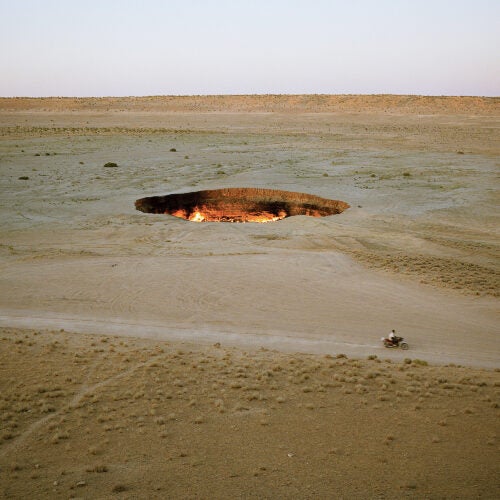 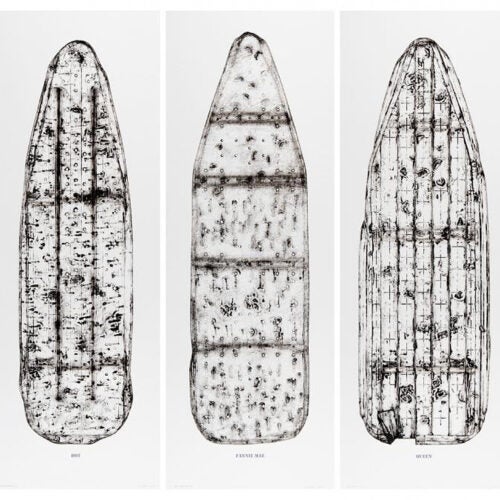