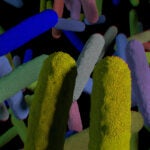 Locally advanced pancreatic cancer (LAPC) — a tumor that, while still confined to the pancreas, involves major abdominal blood vessels — is one of the worst forms of an already deadly tumor, as it cannot be removed surgically. Now a Massachusetts General Hospital (MGH) Cancer Center clinical trial of a treatment protocol combining intensive chemotherapy and radiation with the blood-pressure drug losartan has produced unprecedented results, allowing complete removal of the tumor in 61 percent of participants and significantly improving survival rates.

“Around 40 percent of pancreatic cancer patients have either locally advanced or borderline resectable disease, with historically poor rates of successful surgery,” said Janet Murphy, an instructor in medicine in the hematology/oncology division of Mass. General’s Department of Medicine, co-lead and corresponding author of the report in JAMA Oncology. “To be able to successfully remove the primary tumor in 61 percent of patients sets a new benchmark and offers much hope. To our knowledge, this is the first LAPC clinical trial that defined surgical success as its primary outcome.”

The most novel element of the trial — use of the antihypertension drug losartan — builds on the findings of co-author Rakesh K. Jain, director of the Steele Laboratories for Tumor Biology at MGH and Andrew Werk Cook Professor of Radiation Oncology at Harvard Medical School, and his colleagues. Those studies found that losartan, which targets the angiotensin signaling pathway, improved the delivery of chemotherapy drugs in animal models of breast, pancreatic, and ovarian cancer. It does so by relieving pressures in the tumor microenvironment that physically block drug delivery and reduce the supply of oxygen, which is required for the tumor-killing effects of radiation therapy. Those studies also found that cancer patients who happened to be taking losartan or similar drugs for hypertension tended to live longer than others receiving the same sorts of cancer therapies.

From August 2013 through July 2017 the study enrolled 49 MGH Cancer Center patients with previously untreated LAPC. All participants received chemotherapy with a combination of fluorouracil, leucovorin, oxaliplatin, and irinotecan (FOLFIRINOX) over a four-month period, during which they also took daily doses of losartan. After CT scan evaluation to determine whether blood vessels were still involved in the tumors, patients who no longer had vascular involvement received a short course of proton-beam radiation therapy, while those whose tumors still included major blood vessels had a longer course of conventional radiation therapy. Both groups received capecitabine chemotherapy during this period.

After completing the chemoradiotherapy stage, 34 of the 49 participants were able to have their tumors removed, with 30 of those procedures successfully eliminating all evidence of cancer around the tumor. A pathologic complete response — which signifies no tumor found anywhere — was achieved for three patients. Analysis of circulating biomarkers throughout the course of the study found significant drops in the expression of TGF-β, a key element in the angiotensin-signaling pathway, indicating that losartan was having its desired effect. Both the time until recurrence and the overall survival time were significantly longer than what previously had been seen in LAPC patients.

“A key part of the success of our approach was our surgeons’ willingness to attempt an operation even in patients who had the appearance of cancer at or near their blood vessels,” said Murphy. “We learned in a previous study, confirmed here, that CT scan results and resectability are no longer clearly correlated after chemotherapy and radiation. While we did not see total blood vessel clearance in 61 percent of patients, 61 percent achieved a complete removal of their cancer.”

Co–lead author Jennifer Wo, an assistant professor of radiation oncology, adds, “Locally advanced pancreatic cancer has been generally considered an incurable disease, so these results mark a dramatic improvement with respect both to rates of conversion to surgical resectability and to long-term disease outcomes. Based on these results we have launched a new, multi-institutional clinical trial that will also include the immunotherapy drug nivolumab, since losartan treatment has also been shown to activate several immune-system pathways.”

The co-senior authors of this report are Theodore Hong, MGH Radiation Oncology, and Carlos Fernández-del Castillo, MGH Department of Surgery.