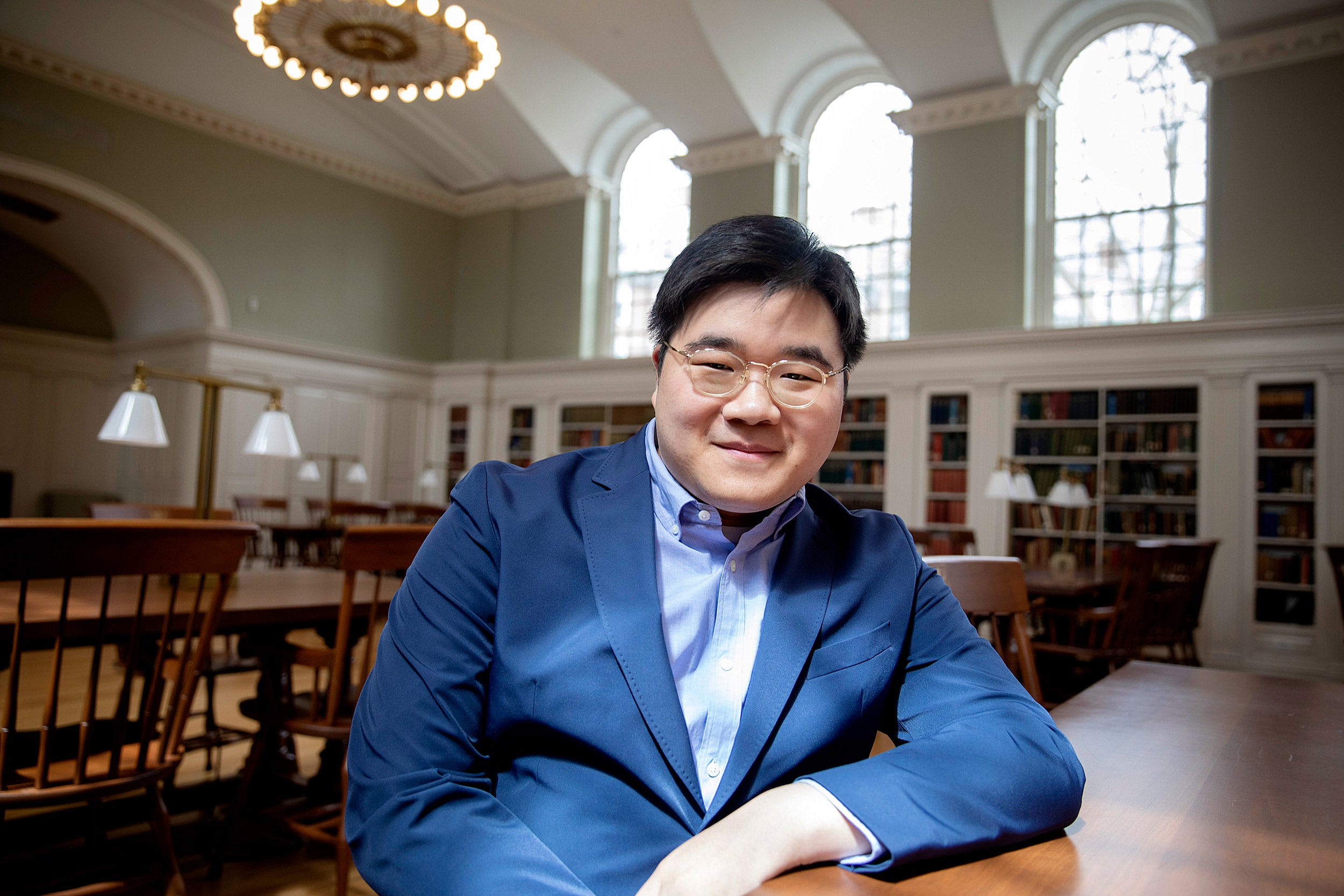 When Faraaz Mahomed surveys the global health landscape, one area jumps out at him, an area where stigma and misinformation maintain a grip, where outdated attitudes hold sway, and where coercion is a routine part of treatment: mental health care.

Mahomed, graduating this spring from the Harvard T.H. Chan School of Public Health’s doctor of public health program, has spent the last three years focused on how mental health care is provided around the world, particularly in resource-poor settings, and on how that care can be improved through an emphasis on the human rights of those using mental health services.

“Traditionally what we’ve seen in the mental health system is there’s a lot of coercion, a lot of involuntary treatment,” Mahomed said. “People’s rights have generally not been very well respected if they’ve had mental health conditions.”

Mahomed, a clinical psychologist, is originally from South Africa. He came to Harvard as a way to merge his interests in mental health care and human rights. Mahomed said a movement to apply human rights-based approaches to mental health care has been slowly emerging, but that movement suffers from a lack of research, few examples of successful programs as models, and even a lack of clarity about what “a human rights-based approach” is in the first place.

“Part of the challenge with rights-based approaches to mental health is that we don’t necessarily understand them very well,” Mahomed said. “Part of my work was defining what they are.”

Traditional mental health care entities often ignore the needs and desires of those they serve, Mahomed said. They are frequently coercive, favoring what caregivers think is best while discounting the desires of those most directly impacted. There tends to be an over-reliance on medication and on institutionalization. And, regardless of the approach, care is often under-funded.

“The focus of a rights-based approach is on autonomy and on people being able to make decisions for themselves and being able to determine their own care, their own treatment, and where they live, what they do, etc.,” Mahomed said. “Even when people have quite acute mental health conditions, it’s not necessarily the case that they need to be removed from the community. What we’re seeing increasingly is ways to address their needs in the community.”

Research into rights-based approaches has so far occurred mainly in rich countries, Mahomed said, and his doctoral research focused on how similar approaches might work in low-income settings. He examined two community-based organizations in Kenya: the Nairobi-based Kamili Mental Health Organisation, and the Tinada Youth Organization in Kisumu.

“I sometimes felt the institutionalization process can be quite brutal and in some ways it was not the best way to go about actually helping a person.”
— Faraaz Mahomed

The two organizations run a variety of programs whose aims are to let mental health service users remain in the community and to thrive. They encourage the acquiring of skills, so that those with mental health conditions can avoid dependence. Kamili for example, provides microfinance to people with mental health conditions, while Tinada provides scholarships and job training. The organizations foster peer support, and encourage clients to remain near family and friends.

The organizations also run campaigns to fight stigma and emphasize appropriate use of medication as a support to psychosocial interventions rather than overuse of psychotropic drugs. Less than 1 percent of their clients, Mahomed said, have to be referred to a psychiatric institution.

A rights-based approach should also give people who’ve experienced mental health conditions a seat at the table where care is being designed, Mahomed said. Mahomed, who has struggled with depression himself, said his experience has informed his views, though as a psychologist, he’s avoided many of the negatives.

“I am in a fortunate position. I’m educated in mental health, so I didn’t have the experience of having my own rights violated,” Mahomed said. “As a clinician, I worked in mental health institutions. I sometimes felt the institutionalization process can be quite brutal and in some ways it was not the best way to go about actually helping a person.”

After graduation, Mahomed plans to continue his work on the issue at the Open Society Foundations in New York, where he fulfilled his doctoral program’s required practicum.

Mahomed said his years at Harvard allowed him to work with leaders in the field, such as Visiting Professor of Law Michael Stein, who played a role in drafting the United Nations Convention on the Rights of Persons with Disabilities, and his dissertation advisor, Jacqueline Bhabha, professor of the practice of health and human rights and research director at Harvard’s Francois-Xavier Bagnoud Center for Health and Human Rights (FXB Center).

Bhabha said Mahomed reached out to her shortly after arriving at the Chan School and was a student fellow at the FXB Center. She described him as “a forceful intellect” and said Mahomed has identified an issue that is an enormous problem around the world and growing worse, with an increasing incidence of adolescent suicide and depression among women.

“He’s got a much more nuanced and thoughtful way of thinking about what a human rights approach means. … He doesn’t just trot out the articles in the various U.N. conventions that are relevant,” Bhabha said. “He thinks about what mental health means to people, to the actual stakeholders, and how to assess efficacy in a way that’s meaningful. It’s not just ticking a box that’s numbers in your clinic or how many swallowed your antidepressants.”