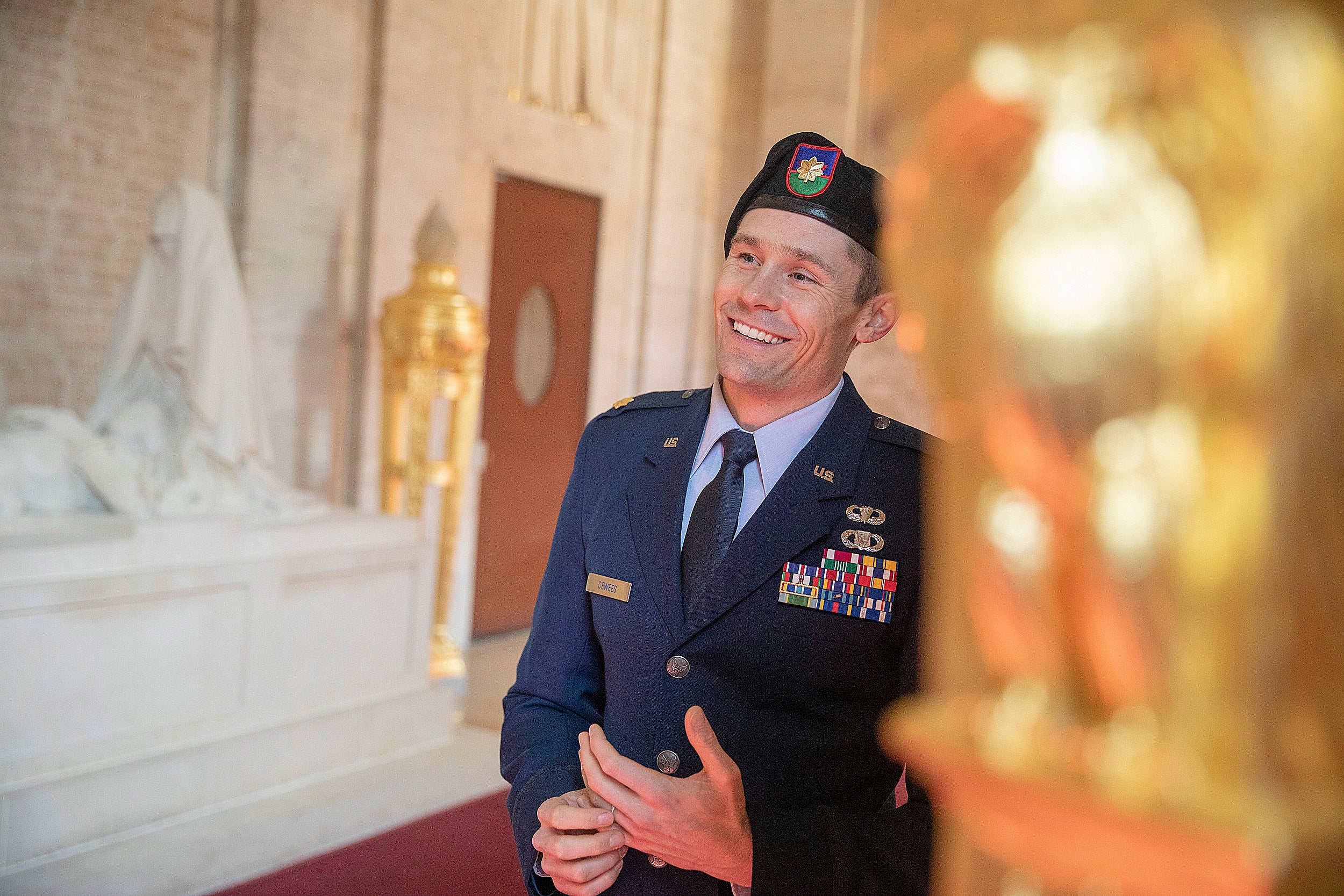 Dylan Wile learned he’d been accepted to Harvard 30 minutes before starting his shift at a local sports store in Bridgewater, Nova Scotia.

The call from the admissions officer came as he was packing his dinner for the night and caught him completely off guard. The first-generation college student originally had been waitlisted and had made plans to attend a university in Canada. He’d even put down a deposit.

After Wile hung up, he took a few minutes to compose himself. “I didn’t know it for certain at the time,” he said, “but my life completely changed trajectory.”

Wile called his mother, who was in the middle of her shift at a nearby restaurant.

“I said, ‘Hey, I have some news. I just got into Harvard,’” he said. His mother went silent. “I heard people in the background asking her what was wrong and if everything was OK. When she came back on the line she was audibly crying and she told me how proud she was of me. I remember trying to play it cool for her. I had counted on never hearing from Harvard again, so this completely blindsided me. I guess some part of my mom still believed in me.”

When Wile came home later, the emotions hadn’t faded: “I remember the tears in her eyes and getting a big hug from her.”

Two months later, he left for Harvard — reaching a goal he’d set for himself in the ninth grade after being inspired by another Bridgewater resident who’d been accepted to the University. Coincidentally, they both worked at the same sports store — though their shifts crossed only one summer. “Our boss liked to joke that it’s a gateway to getting into Harvard,” Wile said.

Wile’s mother and grandmother helped settle him in on move-in day. While the transition is sometimes overwhelming, especially for international students, Wile was unfazed. If anything, he said, it was sort of a homecoming.

“I think mentally I’d been prepared for the idea of coming to school here for so long that I had really visualized it,” Wile said. “So when I came, although I’d never visited before in my life, it was a nice sigh of relief that I finally got here.”

“I think mentally I’d been prepared for the idea of coming to school here for so long that I had really visualized it, so when I came, although I’d never visited before in my life, it was a nice sigh of relief that I finally got here.”
— Dylan Wile

Wile concentrated in human evolutionary biology and was a member of the Canadian Club all four years, even serving as its prime minister one year. He was also a peer advising fellow for three years. He says one of his most vivid memories of Harvard, however, will be his strong ties with Quincy House and the connections he made there.

“It’s cliché to say this, but I think I live in the best House on campus,” he said. A recent night particularly stuck out. “The faculty deans opened up their residence — the penthouse suite on top of Quincy. There was a barbeque going and a whole bunch of different food and music playing. The weather was finally nice after a week and a half of grayness and I just kind of sat there. … The sun was setting over in the horizon and behind some of the other dorms’ towers. I had just submitted a paper and I just really felt like that moment resonated with me. This House has just been so seminal in making me feel like I have a place to come back to every night. It made me feel like there was always just a group of people around that are willing to talk to you.”

Wile also met five of his current roommates there his sophomore year. Now, he and three of those roommates are looking to keep that sense of home going in New York City. Wile even has a job waiting for him at a startup biopharmaceutical firm called Roivant Sciences, where he’ll be working as a rotational analyst.

It also allowed him to take classes, like public speaking and 21st-century feminist theory, that helped him do what he called “person-building.”

“Most of the classes have all been intertwined in just being a better communicator [and] in generally being more of an open person,” Wile said. “This semester has been a lot of personal growth, which has been really welcome and came at a really good time right before I set off.”

It’s a prospect that almost always produces a smile on his face.

“I find myself increasingly looking ahead,” Wile said. “The idea of just working there for at least a couple of years I find so exciting right now.” Also exciting is the idea of showing his mother and grandmother the city. “This is something I keep thinking about. I’m so excited to just have them come and help me move in, but also neither of them have ever been. And I know they are going to be so supportive of my role. I think just maintaining my family connections and also having my really, really close friends living with me right away, it’s going to make the transition a little bit easier.”