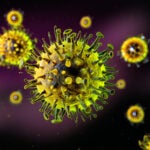 Getting a good night’s sleep is important for everyone — including physicians. In 2011, the Accreditation Council for Graduate Medical Education (ACGME) set a limit on first-year resident physician shifts of 16 or fewer continuous hours of work. This policy change was based primarily on the results of studies comparing outcomes for first-year residents who worked extended-duration work shifts (24 hours or more) to those who worked rapid-cycling shifts.

But data for more senior resident physicians has been lacking. Currently, resident physicians are permitted to work extended-duration shifts of up to 28 hours after their first postgraduate year. A new study led by investigators from Brigham and Women’s Hospital is the first multicenter randomized clinical trial of senior resident physicians (postgraduate year two and higher) to compare the work hours and sleep obtained by those working extended shifts with those whose scheduled shifts were limited to no more than 16 consecutive hours. The team found that hours of sleep per week increased by 8 percent on average for pediatric resident physicians working under the modified schedule. The results were presented at today’s American Thoracic Society meeting and simultaneously published in the journal Sleep.

“Sleep deficiency impairs performance and patient safety, adversely affects the mental and physical health of resident physicians, and increases their risk of occupational injury and motor vehicle crashes,” said senior author Charles Czeisler, chief of the Division of Sleep and Circadian Disorders at the Brigham, who presented the findings at the meeting. “This operational trial, conducted in six pediatric intensive-care units across the country, showed that rosters eliminating scheduled extended-duration shifts reduced weekly work hours and improved sleep of resident physicians.”

“There is a compelling need for the design of schedules that enable sufficient sleep.”
— Laura Barger

Resident physicians worked 10 percent fewer total hours a week during the RCWR compared with the EDWR and obtained significantly more sleep a week. Weekly sleep duration increased nearly four hours overall in the RCWR as compared to the EDWR.

The authors note that the RCWR schedule was implemented differently across the six hospitals and that more information is needed about optimal scheduling practices to ensure enough opportunity for residents to sleep.

“There is a compelling need for the design of schedules that enable sufficient sleep in settings that require safety-sensitive 24-hour operations,” said corresponding author Laura Barger, an associate physiologist in the Division of Sleep and Circadian Disorders. “These findings extend the evidence from our previous single-site study, provide data on more senior resident physicians, and indicate that eliminating extended-duration shifts may improve sleep duration for senior resident physicians.”