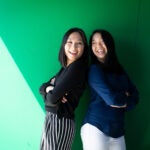 As the school bus came to a slow stop on Meadow Road, 7-year-old Lucas Mattuchio was almost breathless with excitement. “Wow, look at that tree! Look at that one! Hey, there’s a squirrel,” the first grader from the East Boston Early Education Center exclaimed. He was eager to step into the landscape at the Arnold Arboretum of Harvard University, a naturalized environment in the city that some Boston Public School (BPS) children don’t often get to experience.

Mattuchio was about to become a “Young Scientist” as part of the Arboretum’s Field Study Experiences (FSE) seasonal program for BPS students from prekindergarten through fifth grade. The  program offers guided hands-on explorations in and around the meadows, ponds, and woodlands of the Arboretum in alignment with BPS Life Science Study and Massachusetts Science and Technology/Engineering Learning standards. The program was created to augment students’ classroom experiences.

“What we do is unique in Boston because we have two hours of science education in an outdoor setting where we can share the tools and practices of science,” said Nancy Sableski, manager of children’s education at the Arboretum. “Our groups are intentionally small, often with two trained guides for five to eight children. I don’t know of any other institution that offers this kind of programming, and it’s free.”

“With two extraordinary full-time children’s educators, the volunteer Field Study Guides are the key to reaching out to so many Boston Public School children and their teachers” said William (Ned) Friedman, director of the Arnold Arboretum and Arnold Professor of Organismic and Evolutionary Biology at Harvard.

The passion of our trained volunteers to connect young children to nature is palpable, Friedman stated.  “Some of my favorite moments on the grounds involve just seeing the sheer delight on the faces of these young naturalists.”

Susan Angevin began volunteering in the program last fall. When the school bus arrived, she was ready with hand lenses, bug boxes, and other tools to lead her group of five into the perimeter of the Arboretum’s North Woods — the ideal classroom to observe insects and soil-dwelling organisms.

“I can’t imagine anything more fun than being out in this beautiful place with the trees and flowers and with kids,” she said. “It’s just been incredible. Every day we are guiding them, but you learn so much from them and their responses to nature.”

This was Mattuchio’s first time in the woods. With his classmates, he followed Sableski and Angevin as they took “giant steps” from the paved sidewalk through the still-dewy grass onto leaf-covered paths into the woods. “Who sees living things under our feet?” Sableski asked.

“I found a leaf! Can I keep it?” Mattuchio asked. “There’s a bumblebee! Can we touch stuff like worms?”

Sableski selected a clear spot in the woods, put down a tarp, and collected a few rocks, mushrooms, and leaves for examination. BPS students are currently studying woodland and fresh-water pond habitats in their classrooms, so she created an experience to demonstrate the sensory feel of the woods. “It’s such a special thing when you get to take children into the forest for the first time and share what lives there,” she said.

Each group of students gets a special name for the day. Sableski called hers the Young Scientists.

“Today we’re learning about living and nonliving things here in the forest — the sights, sounds, smells, and feel of the forest,” she told them. “This is a real experience, your real experience with science in nature.”

Students sat on the tarp and Sableski, while skillfully asking insightful questions, offered each Young Scientist an observation journal page and a pencil to make drawings of things they saw around them.

“What’s the difference between rocks and trees?” she asked. “One is living, one is never living, so let’s ask ourselves, ‘Does it make babies? Does it eat food? Does it get born or die?’”

During each FSE program, Sableski and the guides ask questions to encourage students to voice their thoughts and expand their thinking, while making it feel safe, fun, and welcoming.

“I want them to feel like science is theirs, it’s accessible, it’s doable, and if it’s done with people who are excited to share it with them, they’re going to learn so much, and keep on learning,” Sableski said.

Students walked to a nearby log and learned the “science squat,” crouching down with their bug boxes and probes to collect and observe small insects. Mattuchio found an earthworm, picked it up and put it in his box, peering through the microscope to examine it.

“How many legs does this worm have?” he asked. “It’s cold, but not slimy, just tickly. I’m going to name it Peanut.”

Students used tools, conversation, song, and movement to experience the living museum of the Arboretum. They fed fish, observed geese and turtles, and even lay on the grass with their eyes closed to feel the ground, smell the air, and listen to the sounds around them. “What do you notice without using your eyes?” Sableski asked.

“It’s really nice to actually bring it to life, to get to come and look at the surroundings and be able to respect the environment and learn what’s OK to pick up, use five senses, observe, watch, touch, feel, listen to all the living things around us,” she said. “It raises a lot of curiosity and questions. It’s wonderful. We want them to be lifelong learners and continue asking those questions while also learning a lot more.”

This spring marks the FSE program’s 35th year. During the 2016–17 academic year, the Arboretum provided life-science instruction to more than 2,000 Boston-area students, including free bus transportation.

“Being on the bus is part of the experience,” said Ana Maria Caballero McGuire, an Arboretum nature education specialist who assists Sableski with the FSE program. “Looking out the bus window, seeing the city along the way, then seeing the Arboretum landscape as the bus pulls in is another educational opportunity for them.”

Volunteer guides are also an integral part of the children’s education programming, according to Sableski. Twice a year, more than 50 guides attend 12 hours of training over four weeks. Eight to 10 guides participate in each of the more than three dozen FSE sessions a season.

Bob Mayer, a retired psychiatrist from Boston, has volunteered at the Arboretum since 2002 and returns year after year for two reasons — the children and the training. Recently one of the students in his FSE group told him he still had a lot of kid in him, which Mayer said was one of the best compliments he could receive.

“I keep showing up because the kids are always excited,” Mayer said. ”They like to do this. But one of the best things about this program, and all of the programs at the Arboretum, is that the training is excellent and continuous. You are getting a continuous education, and that reflects in each experience for the children.”

Angevin used to visit the Arboretum once a year on Lilac Sunday. Now she is there three or four times a week.

“I love working with the kids here — but I don’t consider it work, I consider it play,” she said. “The best thing is at the end of the day, not only can they identify a tree, but they say, ‘I want to bring my grandma here. I want mom to take me here next week.’”

Marquis Carpenter, 7, was a Young Scientist alongside Mattuchio. Although he was sorry to say goodbye to the millipede he had collected in his bug jar, he was happy to pick up worms, see trees, and write about what he saw.

“I’m going to miss my millipede, but I just had the best time here today,” he said. “I want to come back on my birthday.”

As the students reached the end of their field study experience, Sableski reminded them that the Arboretum is open every day, even on their birthdays.

“This is a science institution,” she said. “Any one of you who comes here can come back any day of the year. It’s beautiful, it’s free, it’s made for discovery.”