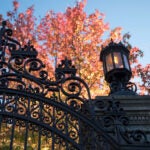 Two Harvard Medical School researchers have received the prestigious Canada Gairdner Award for transformational work in the fields of biomedicine and global health.

Vikram Patel, the Pershing Square Professor of Global Health in the Blavatnik Institute at HMS and professor at the Harvard T. H. Chan School of Public Health, will receive the 2019 John Dirks Canada Gairdner Global Health Award. Patel is being recognized for research that has transformed understanding of and attitudes toward the importance of mental health in a global context, for his contributions to international mental health policy, and for efforts to improve access to mental health services in areas of the world where mental health resources are acutely lacking.

Timothy Springer, the Latham Family Professor and professor of biological chemistry and molecular pharmacology at Harvard Medical School and Boston Children’s Hospital, will receive the 2019 Canada Gairdner International Award, which recognizes pivotal contributions in the field of biomedicine. Springer is being honored for his discovery of the first immune system adhesion molecules, for elucidating their roles in the body’s ability to recognize foreign antigens and mount attacks against them, and for the subsequent translation of these findings into therapies for autoimmune diseases.

Patel and Springer are among seven laureates who will each receive a $100,000 cash honorarium. The recipients will be formally honored Oct. 24 at the annual Canada Gairdner Awards gala in Toronto.

“These honors could not have gone to more deserving recipients,” said George Q. Daley, dean of Harvard Medical School. “Vikram Patel’s and Tim Springer’s creativity and passion are inspirational.”

Patel has been instrumental in establishing the field of global mental health. He has dedicated his research to raising the global profile of mental health through epidemiological research that has demonstrated the burden of mental disorders in low- and middle-income countries as well as their impact on poverty, child growth and development, and risk for HIV infection, among other conditions. Patel’s work has demonstrated that mental health problems are universal forms of human suffering that fuel a vicious cycle with deprivation. The central theme of Patel’s work has been democratizing access to mental health care and making it a right for everyone, everywhere. Patel championed the concept of mental health care delivery by nonspecialists and lay health workers as a way to expand access to mental health services in underserved areas. His book “Where There Is No Psychiatrist: A Mental Health Care Manual” has become the definitive text for community health workers in developing countries. Patel’s research became the foundation for the design, delivery, and evaluation of psychosocial interventions provided by lay and community health workers, including the primary care treatment of depression, anxiety, and alcohol-use disorders, the community-based care of people with schizophrenia and autism, and the prevention and treatment of adolescent mental health problems through school-based interventions.

“[Vikram] has challenged some of the most pernicious myths about mental health, and his efforts have been foundational in making mental health a global health priority.”
— George Q. Daley

“Vikram’s research has not only reshaped our understanding of mental health globally but also has tangibly improved access to critical services for people living in areas that lack mental health resources,” said Daley. “He has challenged some of the most pernicious myths about mental health, and his efforts have been foundational in making mental health a global health priority.”

Much of Patel’s work has been done in partnership with Sangath, an Indian nongovernmental organization that he co-founded in 1996. Sangath, one of India’s leading community-based research organizations, received a 2008 MacArthur Foundation International Prize for Creative and Effective Institutions and a 2016 World Health Organization Public Health Champion of India prize. Patel co-founded the Centre for Global Mental Health and the Mental Health Innovation Network at the London School of Hygiene and Tropical Medicine and the Movement for Global Mental Health, the largest global network of individuals and organizations advocating for promoting services and human rights for people with mental health problems. In 2018, he co-founded the GlobalMentalHealth@Harvard Initiative, which is developing a suite of innovative, interdisciplinary programs aimed at implementing and generating knowledge to transform mental health globally.

‘Insights about immunity, cancer, and more’

Springer’s research on the structure, function, and interactions of biomedically important proteins spans the fields of mammalian biology and human physiology and has influenced disciplines ranging from immunology and hematology to infectious diseases and therapeutic development. His discoveries have yielded crucial insights into how proteins on the surface of cells interact with other proteins and transmit signals outside the cell. Using antibodies as research tools, Springer elucidated the structure and role of several types of adhesion molecules on the surface of immune cells, a discovery that has clarified the role of these proteins in biological processes ranging from blood vessel homeostasis to inflammation and immunity. Springer was the first to demonstrate the presence of such adhesion molecules on the surface of two types of immune cells — lymphocytes and leukocytes — that play a decisive role in the body’s response to infection and cancer. Springer extended his research into proteins called integrins to define the biophysics that underlie their role in wound healing, infection control, and tumor development. These discoveries, and Springer’s entrepreneurship, have reshaped the fields of immunology and cell biology, catalyzing the development of treatments for a range of autoimmune conditions, including psoriasis, multiple sclerosis, ulcerative colitis, Crohn’s disease, and cancer.

Springer’s work has generated novel insights about the role of protein interactions in blood vessels and platelet function and illuminated the understanding of protein malfunctions that give rise to bleeding disorders.

“Tim’s insights into cell biology, immunology, and biological chemistry have transformed our understanding of the structure, function, and interactions of many families of proteins and yielded critical insights about immunity, cancer, blood-vessel homeostasis, and more,” Daley said. “His work has energized the field of protein science and illuminated new ways of thinking about next-generation protein therapies.”

Specifically, Springer’s research has elucidated the effects of hydrodynamic forces in the bloodstream on a molecule known as von Willebrand factor, which regulates blood clotting and blood-vessel homeostasis. His team is also working to define the conformational structures of proteins used by the malaria parasite to infect human cells and reproduce, and determine how the immune system recognizes these proteins to mount a defense. Their findings could pave the way to the design of new vaccines for an infection that claims hundreds of thousands of lives globally each year. Springer’s team is also working to unravel the structure of TGF-beta proteins, which are key for muscle and bone development, immunity, and cancer progression.

Most recently, Springer channeled his interest in translational work and therapeutics development by co-founding the nonprofit Institute for Protein Innovation, which aims to advance protein science, develop an open-source antibody library for the study of disease, and propel the development of protein-based therapies. Springer’s discoveries have inspired the formation of three biotech companies.

“Over the years, we have been awed by Tim’s textbook work, from early discoveries of hematopoietic cell adhesion receptors and their role in lymphocyte functions to their atomic structures and large conformational changes that activate them,” said Frederick Alt, director of the Program in Cellular and Molecular Medicine at Boston Children’s Hospital. “Equally important, Tim used his basic insights to develop new classes of therapeutics that have benefited large numbers of patients.”

“On the 60th anniversary of the Canada Gairdner Awards, the Gairdner Foundation continues to uphold the tradition of honoring the best and brightest researchers from around the world,” said D. Lorne Tyrrell, chair of the foundation’s board of the directors. “Whether it is the field of global mental health, stem cell biology, or fundamental cell biology and DNA replication, the work of each of this year’s laureates is both critical and extraordinary.”

To date, the Gairdner Foundation has bestowed 387 awards on scientists from 35 countries. Of those, 89 have gone on to receive Nobel Prizes.

Past Canada Gairdner award recipients from HMS include Stephen Elledge, the Gregor Mendel Professor of Genetics and of Medicine at Harvard Medical School and Brigham and Women’s Hospital; Harold Dvorak, the Mallinckrodt Professor of Pathology Emeritus at HMS and Beth Israel Deaconess Medical Center; Gary Ruvkun, professor of genetics at HMS and Massachusetts General Hospital; William Kaelin, the Sidney Farber Professor of Medicine at Dana-Farber Cancer Institute; Marc Kirschner, the John Franklin Enders University Professor of Systems Biology at HMS. Richard Losick, the Maria Moors Cabot Professor of Biology at Harvard University, is also a recipient of the award. 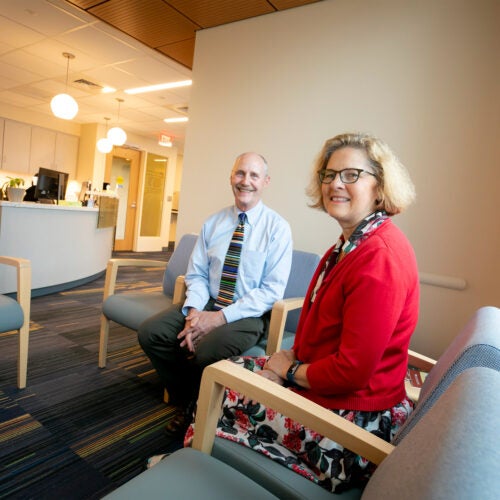 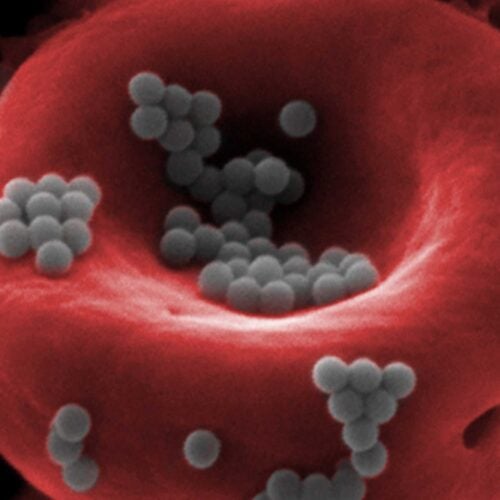