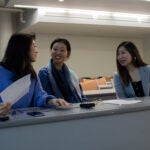 Program encourages students to think beyond the traditional written thesis

It takes countless hours to pull together a traditional doctoral thesis, a cogent case laid out on the page based on reasoned argument primed with examples. But the printed word, Harvard scholars know, is only one way to demonstrate what you’ve learned about the world.

Art installations, multichannel soundscapes, video, and films can also say much about the human condition, and now many of those forms of cultural expression are on view at the ArtLab Annex at 485 Broadway in Cambridge as well as at the Harvard Art Museums Lightbox Gallery through May 4.

The works, part of the first-of-its-kind exhibition “Into Place,” represent the capstone projects of recent graduates or current Harvard Ph.D. students pursuing a secondary field in Critical Media Practice (CMP), a 10-year-old program that expands the way students in the Graduate School of Arts and Sciences engage with their scholarship.

“The media project is a complement, a kind of dimensionalizing way of getting at the themes that are raised in the written theses,” said Peter Galison, the CMP’s graduate studies director and Harvard’s Joseph Pellegrino University Professor in history of science and physics, of the capstone projects. “It doesn’t replace the thesis … it’s a way of adding to it.”

Some of those evocative additions connected to the show include an audio excerpt of a 48-minute, 16-channel soundscape composed from recordings of various Islamic congregations in the Turkish section of Berlin during prayer services; charcoal drawings of a moon crater and a black hole; and a video installation of a tightrope walker from Kashgar, China.

Long interested in video and film, Benny Shaffer, who is pursuing his Ph.D. in anthropology, came to Harvard to take advantage of the creative opportunities afforded by the CMP program, where “theory and practice,” he said “are always overlapping.”

Shaffer’s looping video of a Uyghur tightrope walker titled “Elsewhere” incorporates video he shot on location with news and surveillance footage. The piece is a vivid window into Shaffer’s doctoral work, which explores video as a medium in China and its various roles in the country’s entertainment industry and art world. “By focusing on an individual performer’s work and life, ‘Elsewhere’ makes visible a multiplicity of ways of seeing, of being watched, and negotiating power relations in contemporary China,” reads the accompanying wall text in the gallery where the work is on view.

Organizers and participants hope the exhibit will be an opportunity for the public to engage with the works and the underlying scholarship and allow people from across the University as well as current students and those interested in CMP to get a feel for the eclectic work encouraged by the program, which embraces traditional and novel forms of study and research.

“At CMP we have a belief that there are a lot of forms of knowledge and forms of meaning that you can’t only communicate through words. They require sensory, visual, tactile, aural, interactive, or performative means,” said Julie Mallozzi, who teaches in Harvard’s Department of Visual and Environmental Studies and oversees the CMP secondary field for graduate students. “That’s what we are about — allowing students to do this and trying to convince the academic world that this is serious research, and that there are some forms of knowledge that are communicated in other ways.” 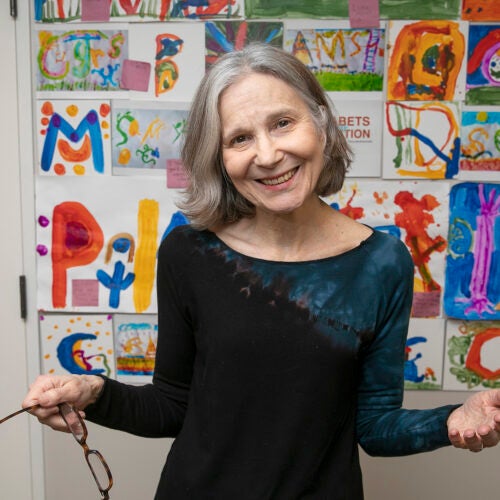 The aesthetic attitude to art 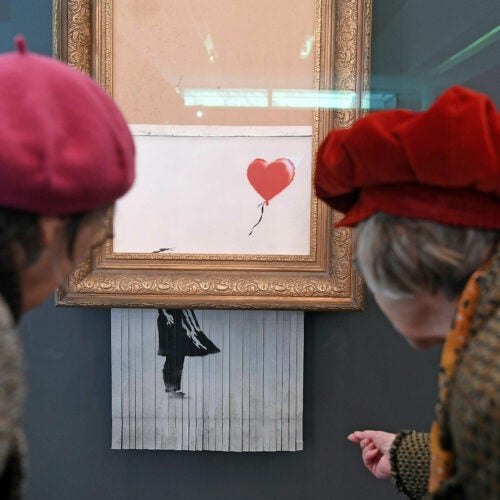