At WHRB, Harvard student turns on radio and tunes in listeners 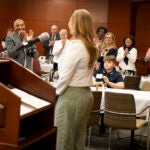 As interview show host, Henna Hundal talks to the world’s movers and shakers

Imagine, if you will, that you could interview anyone alive today — personal heroes, world leaders, or any other walking, talking cultural phenomenon. Who would you choose? For Henna Hundal, this question is more than hypothetical: the Eliot House senior seized the resources at Harvard to interview a wide diversity of distinguished guests on her eponymous radio show.

Hundal, who grew up in Turlock, Calif., in an immigrant family of almond farmers, was first introduced to radio in high school by the multi-talented radio personality Cynthia Brian. She soon fell in love with the medium. “There’s something undeniably raw and real about radio that I find hard to resist,” Hundal said. “There’s no veneers, no smoke and mirrors. It’s the quintessential vehicle for candid conversations.”

On campus, the student-run Harvard Radio Broadcasting (WHRB 95.3 FM) was the first co-curricular activity she joined, and it has remained her longest standing commitment. Inspired by the stimulating, imaginative environment at the radio station, Hundal was inspired to create a broadcast of her own. The result was the “Henna Hundal Show,” a forum committed to breaking down contemporary issues in areas like medicine, diplomacy, and humanitarianism, and exploring how the world’s movers and shakers approach them.

Since its creation, the show has hosted guests such as His Excellency Ban Ki-moon, Bill Gates, and former Massachusetts Gov. Michael Dukakis, among other luminaries. “I’d say the show really expands the aperture through which I view world issues and provides me with more kaleidoscopic perspectives,” she said, contemplating her work.

Excerpt from “An Interview with Bill Gates,” an episode of “The Henna Hundal Show.” Gates discusses the best ways to integrate digital learning tools in classrooms.

In many ways, Hundal’s project became a significant extension of her education. Its thematic content enlarged and clarified her world-view as she engaged in academic work and discussed comparable topics with peers, while discovering new ways of looking at a variety of issues.

Hundal, for example, is a Human Development and Regenerative Biology concentrator, and in the summer after her freshman year she interned at the Harvard University Center for AIDS Research where she co-designed an HIV educational and behavioral intervention program for adolescents in the Boston area. “This experience really piqued my interest in understanding the metrics that are critical for effective community-based interventions for HIV prevention,” she recalled. “As you can imagine, it was an unbelievable experience to sit down with Bill Gates and gather his perspectives on this topic, as the Bill and Melinda Gates Foundation has dedicated an enormous sum of money towards HIV/AIDS prevention initiatives.”

Hosting the show has been an important source of personal growth for Hundal, teaching her, among other things, how to cultivate a comfortable environment in conversation with practically anyone. As the show grew, she noted, Hundal began to reach out beyond her comfort zone. “I’d venture to say some of the most informative discussions I’ve had are with people whom I don’t necessarily agree with,” she remarked. Whenever she is asked if there are “bad guests,” she asserts there is no such thing, and instead suggests that a thoughtful line of inquiry is always key.

Managing and hosting a radio show presented Hundal with a unique and complex set of challenges, especially when added to normal coursework and thesis development. The audience hearing the final product is generally unaware of the great deal of painstaking work that goes into its creation. “In terms of challenges,” she said, “I’d say there’s a certain kind of vulnerability that accompanies this work — and a vulnerability that I’ve chosen to embrace.” This vulnerability arises through engaging with novel intellectual spaces, mastering them, and then asking seasoned experts the tough questions.

At its core, Hundal’s endeavour is truly an exercise in Veritas and a commitment to growth as well as truth. As she put it, “I’m always trying to learn more, so the engine of the show is really my insatiable curiosity.”

This insatiable curiosity will carry Hundal forward as she continues to explore media and broadcast journalism on the road that lies beyond her graduation with the rest of the Class of ’19. 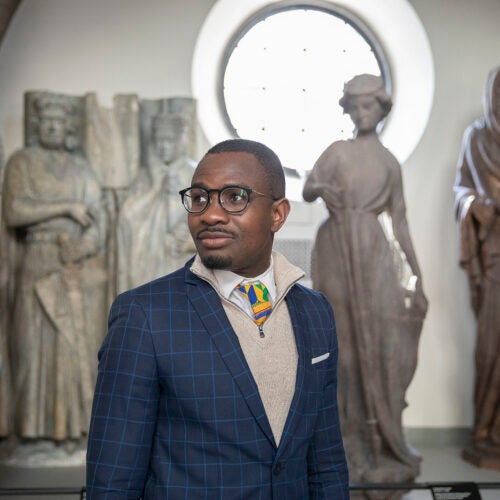 Rising to the challenge