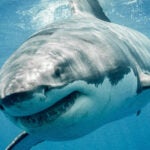 You’re a first-year medical student and Step 1 of three U.S. Medical Licensing Examinations (USMLE) looms. Study drills include everything from anatomy to physiology, aging to immunology. You pore over test prep books, boil down medical texts to memorizable flashcards, and scour an electronic library of an estimated 20,000 of cards assembled by other med students over more than five years, and analyze its annotated sample exam questions.

The new year dawns and with it comes the posting of the USMLE scores. You’ve earned a 272. You breathe a sigh of relief.

At the Department of Biomedical Informatics in the Blavatnik Institute at HMS, however, more studying is in order. Not by human students, but by a “proto-med student.”

“We’ve been providing the algorithm with information that is increasingly complex, much like what a first-year medical student would face,” says Andrew Beam, a research associate in the department and leader of the team that’s been developing the artificial neural network. “We started by providing it with the content from basic science textbooks, moved to scientific literature, worked to increase its high-level vocabulary, introduced more targeted material, then started providing it with actual test prep material.

“Like a medical student, artificial intelligence needs to begin with a broad foundation of knowledge so that it has a rough understanding of what the pieces are and a loose understanding of how they all fit together. If you just jump into the test prep material, everything looks random to the algorithm; it has no understanding of relationships. It has no context in which to make connections.”

Beam and his team are testing the algorithm on questions designed to assess a physician’s general biomedical knowledge which constitutes the basis of safe and effective patient care.

Long term, the team hopes to evolve the network to achieve the diagnostic level of a fourth-year medical student, capable of analyzing clinical scenarios and applying clinical reasoning.

Building proto students was not always Beam’s career goal. As an undergraduate computer science major, he had his sights on a career as a systems engineer in Silicon Valley. Then, in his junior year of college, he took a course in artificial intelligence.

“It blew my mind,” Beam says. “It was the coolest thing — an awesome mix of philosophy, mathematics, and computer science. We pondered really fundamental questions about humanity and intelligence, everything to make an undergrad go, ‘Whoa, dude!’” 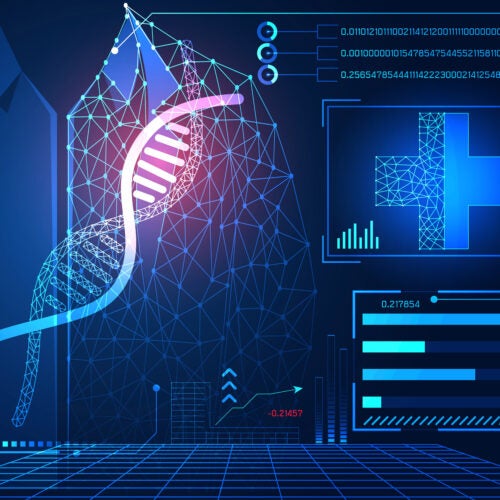 Beam pursued a doctorate in informatics and now develops data-driven models that improve decision-making in health care. He works to create artificial intelligence systems capable of sifting and interpreting the avalanche of data that has been spawned by research in a variety of clinical specialties over the past 20 years.

Recent research has demonstrated that big data can inform diagnostic algorithms that perform as well as — in some cases, better than — physicians. Some forecast that artificial intelligence will help alleviate clinician shortages while also improving access to diagnostic care for people living in remote or underserved geographic areas.

“The success of our proto-med student project would be a sort of milestone marker for research that applies AI to medical information,” says Beam. “I also think there are some natural translational opportunities for a system that can answer general medical questions. It could be used as either a clinical physician-support tool or maybe even a type of patient-facing tool.

“I think this could have tremendous application in either the developing world or parts of the United States where health care services are not readily available,” he adds. “It’s not about AI versus M.D., but M.D. enhanced by AI.”

Correction: An earlier version of this article stated that Andrew Beam plans to test his algorithm on next year’s Step 1 examination. This statement is incorrect and the algorithm will not take the actual USMLE. Current live USMLE content is not available for the type of research described in the article. Instead, the algorithm will be assessed on historical questions and additional questions from test prep companies.