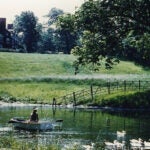 U.S. poet laureate Tracy K. Smith ’94 will serve as chief marshal of the alumni at Harvard’s 368th Commencement on May 30.

“It’s a privilege to take part in this tradition,” she said.

Smith said the honor is especially meaningful to her because she was elected to serve by her classmates, “accomplished and dedicated people who are making positive change in the world through their energy and commitment.

“I am eager to join with my fellow alumni as we celebrate the graduates’ impact on Harvard and the many ways Harvard has readied them for bright futures,” she added.

The 25th reunion class has selected the chief marshal from among its ranks since 1899, and many prominent people have filled the position over the decades. In recent years, they have included playwright Emily Mann ’74; higher education leader Mark D. Gearan ’78; City Year co-founder Alan Khazei ’83; former Secretary of Education Arne Duncan ’86; NASA astronaut and engineer Stephanie D. Wilson’88; and award-winning author and journalist Farai Chideya ’90.

One of her generation’s most admired poets, Smith was appointed the 22nd poet laureate of the U.S. in 2017 and is now serving her second term. A respected educator, she is the Roger S. Berlind ’52 Professor in the Humanities at Princeton University, directs Princeton’s creative writing program, and this July will begin her tenure as the chair of the Lewis Center for the Arts.

Smith is the author of four poetry collections including “Wade in the Water” (2018), which was shortlisted for the T.S. Eliot Prize. Her debut collection, “The Body’s Question” (2003), won the Cave Canem Poetry Prize, and the collection “Life on Mars” (2011) won the 2012 Pulitzer Prize for Poetry. Her memoir, “Ordinary Light” (2015), was a finalist for the 2015 National Book Award for Nonfiction and was named one of the Best Books of the Year by The New York Times, The Washington Post, San Francisco Chronicle, and Denver Post. Her other honors include a Wallace Stegner Fellowship at Stanford University and a grant from the Ludwig Vogelstein Foundation. 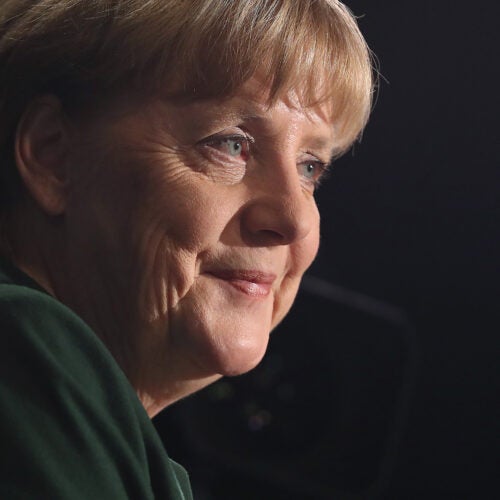 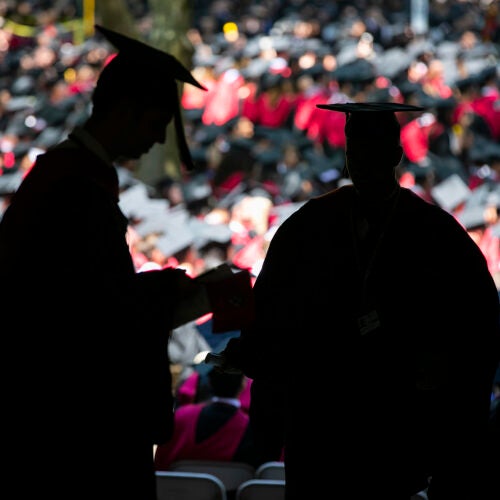 Harvard’s 368th Commencement set for May 30

Overview of day and ticket information

While a student at Harvard, Smith joined the Dark Room Collective, a local reading community for writers of color. Today, in addition to traveling the country in her role as poet laureate, she is the host of the daily poetry podcast “The Slowdown.”

In September, she published “American Journal: Fifty Poems for Our Time,” a selection of poems that illustrate diversity in the states.

“Tracy K. Smith is a singular voice in American letters and is a true ambassador for poetry,” said Harvard Alumni Association President Margaret Wang ’09. “Her service as poet laureate is defined by her call to use poetry to push boundaries while connecting us with one another across boundaries, rooted in our shared humanity, no matter our backgrounds. She will continue Harvard’s long tradition of chief marshals who help us honor and celebrate all of our graduates during Commencement.”

Smith will also be on campus earlier in the month to accept the Harvard Arts Medal in a ceremony on May 2.

The annual meeting of the Harvard Alumni Association will be held May 30 from 2:30 to 4:15 p.m. in Tercentenary Theatre, Harvard Yard. All Harvard alumni and members of the Harvard community are invited to attend. Alumni should contact the Harvard Alumni Association to obtain free tickets, while faculty and staff on campus can attend using their Harvard ID. For those unable to attend, the proceedings will be streamed live online.