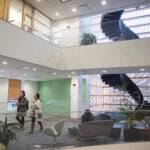 The dating scene can be overwhelming and unsettling, including for Ivy League men and women who have achieved success in their professional lives but not in their romantic lives.

Yet they should fear not. Capitalism is on the case.

Dating companies and matchmakers that cater mostly to highly educated and proficient singles have seized on this selective market. In advance of Valentine’s Day, the Gazette contacted three dating companies that run classified personals in Harvard Magazine and other alumni publications to get the lowdown on Ivy Leaguers’ romantic needs, and the efforts to serve them.

Ryan Law, founder of BluesMatch, a company based in London that matches Oxford, Cambridge, and Ivy League graduates, said it makes sense that as people experience search fatigue from broad, impersonal online dating pools, they’re drawn to sites that narrow the field by matching users’ interests or backgrounds.

“People get tired of using Tinder or Match because there are too many people,” said Law during a Skype chat from London. “And they often don’t have the level of conversation that someone from Oxford or the Ivy League gets excited by.”

Himself an Oxford-educated geologist and managing director of a geothermal engineering firm, Law founded BluesMatch in 2001 to help himself and other Oxford or Cambridge alumni find their life partners among like-minded people. Although in the end he found his wife offline, he said companies like his meet a real need — one that has little to do with snobbery.

“It’s not about elitism, it’s about commonality,” he said. “If you speak the same language, use the same points of reference, and share a similar understanding of politics and the world, it just makes a big difference. 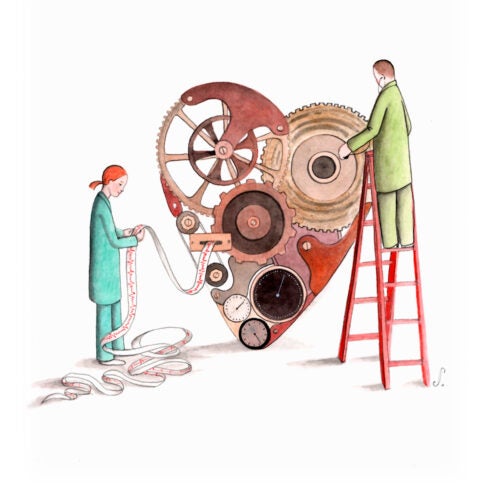 As the $2.1 billion online dating industry has grown, so have niche sites that match people according to specific needs and wants. There are sites for plus-size singles, vegetarians, Star Trek enthusiasts, pet lovers, farmers, tall people, “Ugly Schmucks,” and even for people who share an STD. Sites tailored for elite or Ivy League singles are just a small part of the trend.

The Ivy League sites generally offer monthly memberships for $30 or $60, and some include six-month and yearly access to the exclusive database. Others sell customized and personalized packages that are more expensive, and, according to their owners, have a higher success rate than mainstream dating sites.

Barbara Black Goldfarb and Nancy Gold, who run Elegant Introductions out of Miami, are matchmakers for a clientele based in Miami and Boston. Most of their clients, said Gold, are highly educated and professionally successful, are involved in their community, appreciate the arts, and have been screened to make sure they are who they say they are. Applicants have to show proof of an Ivy League degree.

The matchmakers start by meeting the clients to learn about their likes, expectations, and deal breakers. Then they seek compatible matches, introduce people to one another, and wait to see if magic happens.

“Instead of going online and putting yourself out there, and being your own advocate, we are their advocates,” said Goldfarb.

Discretion and confidentiality are important to anyone in the dating scene, but when it comes to love seekers who hold high-status jobs and have prestigious careers, they’re paramount, said Sandy Sternbach, who started The Right Time Consultants in 2006. Scammers, sex offenders, cheaters, and exaggerated or fake profiles abound in the online dating world. Online daters need to be careful.

“My clients are extremely successful and well-known,” said Sternbach, who has more than 20 years of experience in the matchmaking industry. “They may be connected to a university or a big institution, and they need to meet people in a way that protects their reputation and doesn’t compromise their careers and integrity.”

Mostly, those people yearn to find the one thing missing from their lives. And sometimes, they do. A local academic, who asked to remain anonymous, tried several Ivy League online dating sites without luck, and then, on a friend’s recommendation, hired a personal matchmaker who found seven candidates with similar values, life experiences, and career accomplishments. She met all of them, but the sparks flew only when she met one Ivy League academic. “We immediately hit it off,” she said. “It was pretty instantaneous.”

After five years of dating, they got married two years ago. And they’re happy.