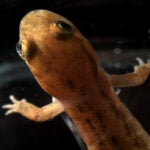 Nicole C. Nelson, Radcliffe’s Katherine Hampson Bessell Fellow, examines scientists’ assumptions about the natural world and how they play into their research. This year at Radcliffe, the assistant professor of science and technology studies at the University of Wisconsin-Madison, will delve into the scientific reproducibility crisis, a recent phenomenon in which subsequent scientific investigation has found many supposedly stable findings to be difficult to replicate.

Nelson will give a talk about her research titled “The Truth Wears Off? The Reproducibility Crisis in Historical Perspective,” on Feb. 6 as part of the Radcliffe Institute’s Fellows’ Presentation Series.

RADCLIFFE: What is the reproducibility crisis, and how did you become interested in it?

NELSON: The reproducibility crisis is a recent phenomenon wherein scientists have found themselves unable to reproduce results that they thought were well-established. A study published in 2012 by the pharmaceutical company Amgen reported that its in-house scientists could replicate findings from the published literature on cancer in only six out of 53 cases (11 percent). That study got the attention of a lot of people in the biomedical community, including me.

RADCLIFFE: What have been your methods for studying discrepancies in scientific results?

NELSON: I’ve been doing oral histories with scientists to uncover the moments when they began to realize that the discrepancies they were seeing were part of a larger problem. Inconsistent results happen all the time in science, but there’s a tendency to dismiss these as just problems with a particular method, or with a particular lab. With my research partners, I’ve also been assembling a large database of opinion pieces, editorials, review articles, and newspaper articles, which we’ll analyze to identify key moments when the conversation about reproducibility starts to shift from a series of isolated events into something more systemic.

RADCLIFFE: What are the ramifications of such widespread scientific inconsistencies?

NELSON: One of the potential ramifications of the reproducibility crisis is that it might erode public trust in science. The public image of science has long been out of sync with the reality. We like to think of science as giving us truth and certainty, but what it actually gives us is a way to challenge our beliefs and weed out the predictions that don’t align well with what we see in the world. That’s a harder message to communicate, but I think it’s becoming increasingly obvious that we need to stop relying on the science-truth shorthand. Otherwise, nonscientists get the misleading impression that science is broken when they see findings being challenged and overturned.

RADCLIFFE: Who are your heroes?

NELSON: I’ve long had an academic crush on Anne Fausto-Sterling. Her research is hard to categorize. She works at the intersection of biology and gender studies and moves back and forth between humanistic and scientific methods, which is why I like her so much.

RADCLIFFE: Which trait do you most admire in yourself?

NELSON: That I can get myself to do things that I fear (most of the time, at least).

RADCLIFFE: Who is your muse?

NELSON: Enigmatic people or counterintuitive events really get my brain going. I love the feeling of gradually coming to understand something that at first seemed inscrutable to me. It’s a useful trait to have for doing ethnography, but I probably occasionally annoy people in my personal life by needling them with too many questions.

RADCLIFFE: What inspires you?

NELSON: Scholars who build communities that are rigorous, inclusive, and supportive. There’s a tendency in some corners of academia to assume that rigor means delivering devastating critiques, which can make academia feel isolating. I think the feminist science studies community does an especially good job of making sure that supporting each other and taking each other’s work seriously are not mutually exclusive.

RADCLIFFE: What is your greatest triumph so far?

NELSON: I’m enormously proud of my first book, “Model Behavior,” which explores what laboratory science looks like when researchers go in with the assumption that the phenomena they’re studying are complex. That, and my Radcliffe fellowship!

RADCLIFFE: What is your fantasy career?

NELSON: If I weren’t an academic, I might try my hand at teaching sewing or designing sewing patterns. I remember how transformative it was for me when I first realized that I could make clothes to fit my body rather than trying to remake my body to fit into off-the-rack clothes, and I’d love to share that feeling with others.

RADCLIFFE: What is the most challenging aspect of being a Radcliffe fellow?

NELSON: There’s very little that’s difficult about being a Radcliffe fellow! All the staff at the Institute put so much work into making it an ideal place to do research. Right now I have a three-minute commute to my office, dozens of interesting people to talk to, and all the (decaf) espresso I can drink — what’s not to love?