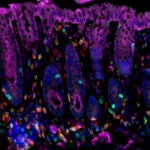 Heart disease, stroke, sepsis, and cancer collectively cause the greatest number of deaths worldwide. They also have something else in common: All are associated with activated platelets, the cells that circulate in our bloodstreams and normally help form blood clots to stop bleeding and promote healing of injuries, but can also contribute to dangerous blood clots, tumors, and other problems. Several antiplatelet drugs have been developed to combat platelet-related conditions, but their effects are not easily reversible, and patients taking these drugs are at risk of uncontrolled bleeding if injured. Also, if these patients need to undergo surgery, they must stop their treatment for up to a week prior to the procedure, which raises their risk of developing clots.

Now, a team of researchers at the Wyss Institute at Harvard University and several collaborating institutions has created a drug-free, reversible antiplatelet therapy that employs deactivated “decoy” platelets that could reduce the risk of blood clots and potentially prevent cancer metastasis as well. The research is reported in Science Translational Medicine.

“The reversibility and immediate onset of action are major advantages of our platelet decoys,” said first author Anne-Laure Papa. “We envision them to be useful in hospital-based situations such as preventing clotting in high-risk patients just before they undergo surgery, or when given alongside chemotherapy to prevent existing tumors from spreading.”

Papa was a postdoctoral fellow at the Wyss Institute working with the institute’s director, Donald Ingber, when the research was carried out and is now an assistant professor at George Washington University. Ingber is the Judah Folkman Professor of Vascular Biology at Harvard Medical School and the Vascular Biology Program at Boston Children’s Hospital, as well as professor of bioengineering at Harvard’s School of Engineering and Applied Sciences.

The decoys are human platelets whose outer lipid membranes and innards have been removed in the lab by centrifugation and treatment with a detergent. Because they are essentially empty, the decoys are about a third the size of normal platelets, but their surfaces retain the majority of their adhesive proteins. They can still use these surface molecules to bind to other cells that naturally occur in the bloodstream, but are unable to activate the clotting process.

When the decoys were perfused into a microfluidic, blood-vessel-mimicking channel and exposed to platelet-stimulating chemicals, they did not display normal clotting behavior. And when the researchers added decoys to normal human blood in the channel (one decoy for every five platelets), they found that the normal platelets’ ability to aggregate and bind to the channel’s walls was reduced.

“The decoys, unlike normal intact platelets, are unable to bind to the vessel wall and likely hinder the normal platelets’ ability to bind as well,” Papa explained. “A way to imagine this would be that the decoys are fast-moving skaters skating along the wall of an ice rink, and their high speed prevents other skaters from getting to the wall, thus limiting them from slowing down and grabbing onto it.”

Importantly, the scientists were able to rapidly reverse the decoys’ inhibition of normal platelet activity simply by adding fresh platelets to the channels. Administering platelets to patients intravenously is already a common procedure in hospitals, so a patient with decoy platelets who needed to quickly regain the ability to form blood clots because of an injury or surgery could be easily and rapidly treated. The decoys also could be created from platelets removed from the same patient, offering a form of personalized cellular therapy that would not trigger an immune reaction.

After the channel experiments the researchers tested their decoys in rabbits and found that the same 1-to-5 ratio of decoys to normal platelets in their blood prevented them from developing clots after a blood vessel injury. Rabbits and humans have similar blood platelet counts and platelet sizes, so it is likely that the decoys would have the same effect in human patients.

In addition to binding to one another and to blood vessel walls, platelets are known to bind to cancer cells, protecting them from the body’s immune system and thereby helping them form new metastatic tumors at distant sites. When the team perfused normal platelets and human breast cancer cells into their microfluidic channels, the cancer cells stuck to and started invading the walls of the channel, similar to the way they form new tumors. Adding decoys along with normal platelets almost completely prevented the platelets from helping the cancer cells invade the channel wall, suggesting they could prevent the formation of new tumors.

To confirm this potential, the researchers injected mice with either human platelets or a combination of platelets and decoys, and then with human breast cancer cells. The team found that the mice that received the platelets plus decoys developed significantly smaller and fewer metastatic tumors than the ones that received platelets only. Though they have not yet been tested in humans, it is possible that one day these decoys could be infused into patients during chemotherapy to prevent existing tumors from spreading, or injected during cancer surgeries to stop released tumor cells from forming new tumors elsewhere in the body.

Papa and her colleagues are continuing to work on this technology to ensure that the decoys can last in the bloodstream for enhanced effectiveness, and are studying whether they can be loaded with drugs to help deliver therapies directly to the sites of blood clots and tumors, or possibly even kill circulating tumor cells in the bloodstream.

“In this study,” Ingber said, “we were able to create what is effectively a dominant-negative cellular therapy to prevent platelet activation–induced clotting and metastatic cascades. It’s another example of how seemingly unrelated diseases often have common contributing factors, such as inflammation, stress, or, in this case, activated platelets, and that we can develop new therapies for multiple disorders by targeting one of those key factors.”

This research was supported by the Wyss Institute for Biologically Inspired Engineering at Harvard University, a Department of Defense Breast Cancer Breakthrough Award, and the National Cancer Institute.