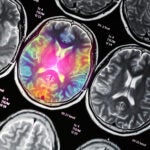 For years, people have used near-infrared light for everything from night vision to remote controls, but Dan Congreve and his co-workers want to one day put it to work fighting cancer.

A fellow at the Rowland Institute at Harvard, Congreve is the co-author, with Professor Tomislav Rovis and Assistant Professor Luis M. Campos, both in the Department of Chemistry at Columbia University, and graduate students Benjamin Ravetz, Andrew Pun, and Emily Churchill of Columbia, of a recent study that used a chemical process known as triplet fusion upconversion to transform near-infrared photons into high-energy photons, which could be used to catalyze a host of chemical reactions.

The work opens the door to a huge range of applications, including a new type of precisely targeted chemotherapy, in which low-energy infrared lasers — which can penetrate deep into the body — could eventually be used to transform innocuous compounds into cancer-fighting drugs. The study is described in a Jan. 16 paper published in Nature.

“Using infrared light to drive a chemical reaction like this opens up future in vivo applications,” Congreve said. “We haven’t done this yet, but the long-term idea is that if you have a tumor site, you may be able to deliver a harmless precursor and then hit it with an infrared laser to do the photochemistry you need to generate a drug only at that spot.”

“Rather than poisoning the entire body with a drug that causes the death of malignant cells and healthy cells,” Rovis added, “a nontoxic drug combined with infrared light could selectively target the tumor site and irradiate cancer cells.”

To prove that the system could work, Congreve and his colleagues took the unusual step of wrapping a vial with a piece of bacon, then firing an infrared laser through it to activate a reaction that successfully converted a liquid monomer to a gel-like polymer. The team also performed a control test in which they fired a high-energy blue laser at the bacon-wrapped vial, with less successful results.

“If you look in the paper, there’s a note that says the reaction was halted due to a fire hazard,” Congreve said. “So it turns out if you shoot a piece of bacon with a blue laser, it will start smoking, and you’ll have to stop the experiment.”

To understand how the system works, first some background on light.

“Every photon has a specific energy, which is its color,” Congreve explained. “So blue light has a particular energy, and less than that is green light, and less than that is red light. But for a lot of scientific applications you need a certain energy of light — just increasing the intensity of light is not enough. So if you need blue light to drive a reaction, it doesn’t matter how much infrared light you put into the system — nothing will happen.”

To turn infrared photons into visible light, Congreve and his colleagues developed a system that relies on a molecular state known as a “dark triplet.”

“The key to this process is the idea that organic molecules have bright and dark states,” Congreve explained. “The bright state, called a singlet, is when a molecule absorbs and then emits light.

“There are also dark states, which are called triplets, and these states do not interact with light at all,” he continued. “But it turns out there’s a special process where, if two of these triplets with low energy meet, they can become a higher-energy singlet, and that’s the beating heart of what we’re trying to do.”

To make that meeting happen, Congreve and his colleagues designed a system built around two molecules, the first of which absorbs energy from infrared photons to form a triplet.

“The photon comes along and knocks the molecule into a higher energy state,” he said. “Normally, that molecule would relax back down to its ground state and emit a photon — that’s what we call fluorescence — but in these special molecules it actually becomes a slightly lower-energy triplet dark state.”

The first molecule then hands off that energy to the second molecule, called the annihilator, which forms a more long-lived triplet. When two of those triplets meet, Congreve said, they combine to form a singlet, and emit a high-energy photon.

And importantly, the process is not destructive. Once they’ve handed off their energy and formed a high-energy singlet, both molecules return to their ground state — meaning the system could run for hours or even days.

“In the paper, we ran the reaction for three hours, eight hours, 12 hours, even 24 hours,” he said. “And they just cranked away happily.”

Congreve is working with colleagues at Columbia to refine the system further by manipulating the molecules to upconvert more efficiently, to increase their stability, and explore additional applications.

“You do pay a penalty with this process,” Congreve said. “The efficiency of the upconversion is in the single digits. That seems to be mitigated by the fact that the infrared laser can penetrate deeper into solution, so we actually do get fairly similar reaction times … but we’re digging into how we can do better, and I think we will see that efficiency continue to increase.” 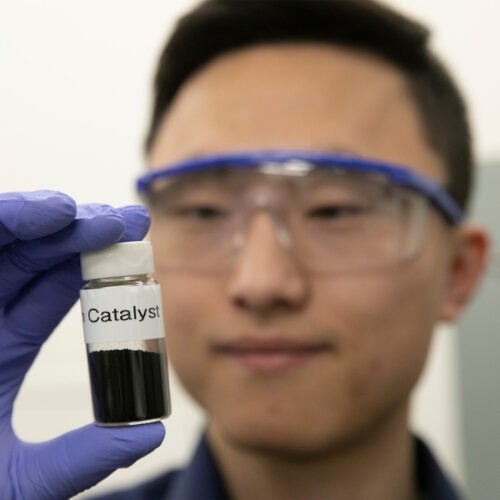 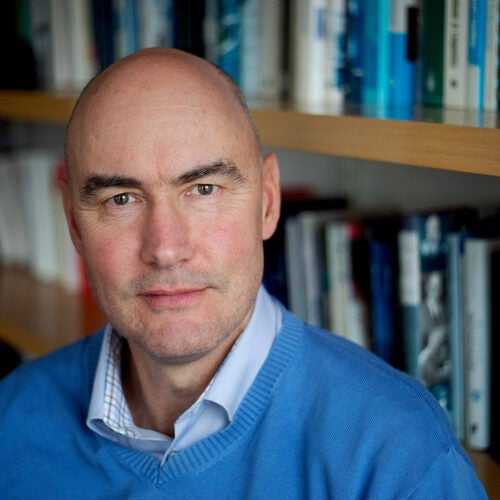 Findings on driver mutations may prove advance for targeted therapy