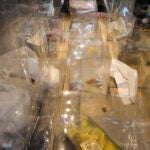 Just beyond the old iron gates of the Arnold Arboretum of Harvard University, a creative experiment in pedagogy has been bringing the concept of plant sciences to growing, changing life.

For three years now, master’s degree candidates in “Field Methods and Living Collections,” led by Rosetta S. Elkin of the Graduate School of Design (GSD) and the Arboretum’s William “Ned” Friedman, have used social theory and a methodology that examines plant evolution, morphology, built neighborhoods, and landscape design to address “plant blindness” — the human tendency to take plants for granted, reducing them to a green fuzz in the background.

“There is quite a history of human exceptionalism, and that we are the absolute species. On Maslow’s ladder [the hierarchy of needs] … plants were so low they barely made the rung. The whole class hinges on this diagnosis of plant blindness, that people assume that plants are just there, and they will always be there,” said Elkin, an associate professor of landscape architecture and faculty fellow at the Arboretum.

Yet, “We’re an entirely plant-dependent species. Plants were here way before we were; they will be here way after. They move, grow, communicate, behave, and adapt in magnificent ways and have a very different relationship with time. Once you start to appreciate that, the world around you does become a little more articulated,” she said.

Plants can be bellwethers of environmental risk, which often is overlooked by urbanists or architects focused on parcels of land whose confines are determined by economics or politics. High risk from and to the environment, such as drought, transcends manmade boundaries, however. This means that studying the effects of climate change requires acknowledging that where ecology is at risk, so is all of the area that the local environment defines, Elkin said.

Plants, as living, growing, slowly mobile life forms, are in both harmonious and conflictual existence with humans. It’s a complex dichotomy that is constantly shifting, said Friedman, the director of the Arnold Arboretum and Arnold professor of organismic and evolutionary biology. But the relationship goes beyond the barriers of our intentions — reducing plants to objects of food, or shade, or decorative beauty.

“One of the most important goals of the course is to break down the dangerous assumption that plants are an extension of the human condition — that we can relate to plants if we humanize them, make them seem like us or exist merely to serve us,” Friedman said. “The goal is for students to begin to meet plants on their terms and initiate a lifelong process of understanding these non-human living organisms through the repeated acts of observation and reflection. They are going to spend their professional lives doing things that involve the use of plants in design, but they don’t necessarily have a relationship with plants.”

The course not only helps shape the careers of design students, but uses the Arboretum in a new way. Friedman said he hopes that years from now the collaboration will successfully reflect, through the designers’ work, personal and deep relationships with plants that began at the park.

The class is also specifically geared to both master’s in design students (M.Des.) in the risk and resilience concentration and students in the Department of Landscape Architecture. As a collaboration, it grew in part from the way Elkin’s interests resonated with Friedman’s scientific studies.

The Arboretum’s living collection is an important teaching tool for Elkin. For five years, she brought students from her introduction to ecology class to the Arboretum, and that ignited her desire to create the field methods course.

“We walked, and I showed them the real thing, instead of them just using a Google image,” she said. “Students can’t just google the generic idea of a maple. There is a world-renowned maple collection right here, it’s amazing. They are alive and changing like we are. You can experience more than 60 species of maples in the world any time of year.”

One day each week during the fall term, students went with Elkin and Friedman into the Arboretum and examined the habitat. Discussions and experiments centered on research and theory both in the field and in on-site classrooms and laboratories. Arboretum staff, including keeper of the living collections Michael Dosmann, propagation manager Tiffany Enzenbacher, horticulture manager Andrew Gapinski, and horticulturalist Conor Guidarelli, also shared their expertise.

Elkin said that for students raised in a technological age, the act of seeing, touching, and even smelling plants can be life-changing.

“We are out on the grounds excavating a root system of a tree and they’re just mesmerized,” Friedman said. “Many of them have never held a root in their hand, never looked at a flower very carefully, never even thought about tree architecture the study of plant form. We’re opening their eyes.”

Students were also encouraged to maintain abstract ideas by looking at what appear to be chaotic elements of nature — such as intertwined root systems through which members of the same species communicate, what instructors referred to as a “perfection of complexity.”

Pablo Escudero took the class in 2017 and was so inspired by the interdisciplinary interests that he became Elkin’s research assistant. Last fall, he was the teaching fellow.

“What I’ve been trying to ask ever since I took the course is, what would design look like if we acknowledge the importance that plants play in the making of our environment?” he said. “When a class allows you to ask questions that shake disciplinary foundations, that means it is relevant.”

The other strength was moving the class from the GSD to the Arboretum, Escudero said.

“The setting is very relevant to the learning experience,” he said. “It is the only class I have taken at the GSD that has this type of collaboration. It’s awesome, it’s completely outside of the world of GSD and campus, it’s amazing to be out there.”

Using multimedia, drone videos, photography, visual scanning, soil and root analysis, excavation, mapping, models, and even a bucket truck that took them to the treetops, students looked at variability and the connection between observation and meaning. Their projects examined the impact of microclimates on organisms; the science of encounter and collaboration between humans and plants; and even plant mortality, using “smell boxes” to explore tree forensics.

“Death is provocative, there is so much aliveness in it,” said Elkin. “The notion of living collections can be applied to so much of what we do. That a collection is not a static artifact, it is very much alive, as it ought to be, even in death.”

GSD student Amy Thornton is interested in design scientifically informed by partnerships between humans and the natural environment. She said the field methods class was a small window of opportunity for full-sensory learning outside of the classroom space or computer-based learning environment.

“I welcomed this opportunity and wonder how many faculty in the natural sciences and in landscape architecture crave that hands-on, land-based study, which we seem to be losing,” she said. “It’s important to be out in the natural world, experiencing it intimately, and making discoveries.”