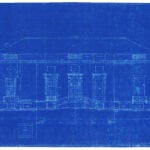 A new vision for Houghton Library

This is the first in a series that explores how Harvard professors spend their down time.

The New England Patriots didn’t have much chance of winning their playoff game against the Los Angeles Chargers last Sunday, many analysts said. But a group of supporters at Andy’s Diner in Cambridge had all put their faith in the home team — and wrote their projected winning scores on a paper napkin the week before. The betting was hot, with a free breakfast on the line.

Among those diehard fans was Harvard political scientist Theda Skocpol. For years, the Cambridge resident has been a regular at the diner, along with her husband, Bill, a physicist and Boston University professor emeritus. It was Bill who won a plate of raisin French toast and bacon Monday morning for his prediction of a 36‒14 Pats win, which came closest to the 41‒28 score.

Despite her losing bet (she had the Patriots at 21‒20), Skocpol was thrilled with the team’s win. Skocpol is the Victor S. Thomas Professor of Government and Sociology at Harvard and the author of 21 books, and her professional passion is comparative and American politics and social policy. But her other passion is the gridiron.

Over coffee and a bagel at the diner, Skocpol explained how her love affair with football began 18 years ago when she was searching for a way to relate better to her then-teenage son, Michael. “I went out and bought a bunch of books, including ‘Football for Dummies.’ I didn’t realize how intellectual this game is, as well as of course enjoyably physical,” she said. “The gladiator part, I liked too.”

Eventually, Michael protested that his mother’s interest had become “too much,” joked Bill, who sat across from his wife in a booth beneath a picture of former Patriot nose tackle Vince Wilfork. But Michael was too late. Skocpol was hooked.

Her son, now a clerk for Supreme Court Associate Justice Sonia Sotomayor, had unwittingly “created a monster,” teased Jimmy Dres, who runs the old-school breakfast-and-lunch place just outside Porter Square. His restaurant is a gathering spot for a few early rising fans who love talking politics, life, and football with Dres and Kelly Butler Pinksen, longtime Andy’s waitress and a Patriots convert.

Skocpol is no casual fan. “She breaks down the game as good as anybody,” said Dres. “She sees it all.”

Last Sunday, the Harvard professor who’s an expert at analyzing the American political landscape analyzed the game instead. She praised the blocking of Patriots’ tight end Rob Gronkowski and reflected on his possible retirement. She said the playoff game hadn’t been as close as the score, and credited the final Chargers touchdown to the skill of tight end Antonio Gates. Looking ahead, Skocpol said New England has a chance against Kansas City because Patriots head coach Bill Belichick “will come up with something that fits the circumstances.”

Monday-morning quarterbacking at the diner is a weekly ritual for Skocpol when she’s in town. Win or lose, she greets the diner’s faithful at 6 a.m. sharp for breakfast and a game recap before work. If the Pats win, she wears her dark blue Tom Brady jersey — and keeps it on to teach her classes that day if it’s a playoff win.

Tom Cunningham, building manager at the Harvard University Press, first encountered Skocpol about 10 years ago when she corrected a statistic. “We were talking football, and she piped in, and that was it. A friendship was born,” said Cunningham, who cheered for the Patriots even during their leaner, non-trophy years. “Theda’s a bigger fan than I am,” he said, “and I have been watching football for a lot longer.”

Skocpol ventured to a game in Foxboro only once. After retiring as dean of Harvard’s Graduate School of Arts and Sciences in 2007, she received tickets as a parting gift. Stuck in traffic on a cold and wintry day, she, her husband, and her son didn’t arrive until halftime. For the remainder of the game, they were “sitting in icy water.”

“I decided after that I’m for TV,” she recalled.

Skocpol watches a number of games on weekends and takes note of trades, stats, injuries, and even weather reports for the cities where the Patriots are scheduled to play. When the Pats make the postseason, she transforms her home into an after-Christmas football shrine. The wreath on the front door is replaced by a Patriots hat; the decorations on the tree become Patriots-themed; out wobble the bobble heads; other Patriot memorabilia covers the Harvard chair in the corner.

Skocpol’s NFL knowledge has even come in handy during her research. Working on a current project that tracks the local effects of federal policy changes in non-metropolitan sections of North Carolina, Ohio, Pennsylvania, and Wisconsin, she said her ability to talk football has helped smooth her way in conservative areas that might otherwise view an East Coast scholar with suspicion. It creates a common interest.

“Doors in the research open especially when I meet business group leaders. They are usually guys who care about the Steelers, Packers, etc. They rib me for being a Patriots fan, we talk a little football, and then get on with it,” wrote Skocpol in an email from Ohio. “Football is a broad American language, and it is good to speak it.”

She also talks football when at Harvard with faculty members who are Pats fans, including Robert Putnam, the Peter and Isabel Malkin Professor of Public Policy emeritus at Harvard Kennedy School, whom she emails regularly. “I just got one from him today giving the statistical odds of going to the AFC conference game eight years in a row,” she said. “He says it’s one in 100 million.”

Despite those odds, she is hopeful for the conference championship against the Kansas City Chiefs, a team the Patriots edged earlier in the season. She thinks the keys will be similar to the Chargers game. “[They had] Gronk blocking along with the linemen, and they opened up the lanes for the runners and just really pushed San Diego back,” said Skocpol. “The thing about football is that the visible part is the passes down the field, but the part that may count the most is which line is able to push the other one off.”

She is wary of the Chiefs’ nimble young quarterback and likely league MVP, Patrick Mahomes, “who runs and throws across his body, so he is totally dynamic. He is the Tom Brady of the future … so it’s going to be hard for the Patriots to keep up with that.”

And then there are those stadium acoustics. “The other problem with Kansas City is you can’t hear yourself think,” said Skocpol.

According to Guinness World Records, the loudest sports stadium roar ever recorded happened in 2014 at Arrowhead Stadium during a 41‒14 Chiefs victory over … New England

Her research travels over the next week mean Skocpol will watch the game at her sister’s home in West Virginia. But as she headed to the airport on Monday, she assured her diner friends that she will represent their team on the road.

“I am taking along the jersey,” she said.