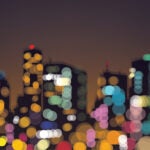 Sampling the city around you

Nell Scovell ’82 schools students in the art of joke writing

Nell Scovell ’82 has been one of Hollywood’s funniest writers for more than 30 years, working on “The Simpsons,” “Monk,” (the original) “Murphy Brown,” “The Late Show with David Letterman,” and as the creator of “Sabrina the Teenage Witch.” She was almost always the only woman in the writers’ room, and recounts the good and the bad of those many moments in her recent memoir “Just the Funny Parts … And a Few Hard Truths About Sneaking into the Hollywood Boys’ Club.”

Scovell returns to campus Friday to teach “Topical Joke Writing” as part of  January Arts and Media Seminars (JAMS!). In an interview, Scovell talked about writing as a team sport and her place in the #MeToo movement.

GAZETTE: How did this joke workshop come about?

SCOVELL: What Jack Megan (of the Office for the Arts) does for Harvard arts is incredible. There was nothing like these programs when I was a student. Three years ago, he invited me to speak to students, and pulling that talk together helped me get a handle on what I wanted to say in “Just the Funny Parts.” He reached out again this year and asked me to do a workshop. I thought of “Topical Joke Writing” because, thanks to social media, it’s something everyone’s doing now, and it might be interesting for students to develop these skills.

For a late night talk show, you sit in a room with 12 other people, talking about topics, throwing out ideas, and honing them. The idea is to duplicate that process for a group of undergrads. We asked them to submit two to five jokes as an application for the class. One student sent one that was worthy of Seth Meyers: “Dr. Henry Heimlich, inventor of the Heimlich maneuver died last week at the age of 96. (Beat) I’m so sorry, I told myself I wouldn’t get choked up.”

We’ll talk about voice and brevity. One thing I noticed in a lot of the submitted jokes was there’s too much wind-up. Part of the point of topical jokes is that they are based on this common knowledge of our culture and politics, so you can shorthand. I also hope that there is some learning about the creative process and how it’s rarely just one person alone. It starts with a personal spark. But when you share with the group, the joke gets judged and often gets improved. Every student can learn from that joint endeavor.

“Dr. Henry Heimlich, inventor of the Heimlich maneuver died last week at the age of 96. (Beat) I’m so sorry, I told myself I wouldn’t get choked up.”
— Joke submitted by student applying for Scovell's workshop

GAZETTE: You had so many highs and lows in that space. Can you talk about being part of a writers’ room?

SCOVELL: I want to introduce the students to writing as a team sport, which can be so satisfying. People come at comedy from different perspectives, which is why you want diversity in your writers’ room and why the joke you never thought of is part of the work you’re making.

My favorite time at Letterman was when we would get our topic for the top 10 list and go back to our offices for 45 minutes and grind out all the jokes we could think of. It was “Joke Writing 101.” We had to hand our page to the head writer, and he would rifle through the pages and select various jokes to read out loud. It was just delightful.

GAZETTE: “Just The Funny Parts” just came out in paperback, but was originally published last March, a few months after the #MeToo movement swept Hollywood.

SCOVELL: When writing the book, I shared a #MeToo story from early in my career when I was sexually assaulted by a head writer. I was very nervous about sharing it publicly. Then the October before my book came out, #MeToo breaks, and so many women were telling their stories. I shifted from being nervous to not being able to wait to add my voice.

In 2018, the Writers Guild of America West conducted a study about sexual assault and harassment. Sixty-four percent of women said they had experienced it. That’s two-thirds! I had already been part of the harassment part of the discussion in 2009 when I wrote about the hostile work environment for women at Letterman, but I shifted focus to adding diversity to the writers’ room.

All these issues fall under general misogyny, but obviously there’s  a range of behaviors that hold women back in the workplace. It’s not one or the other, and they often get thrown at you. Just talking about it is a huge step to changing the system.